Is This a Real Dragon Shot Dead in Malaysia? 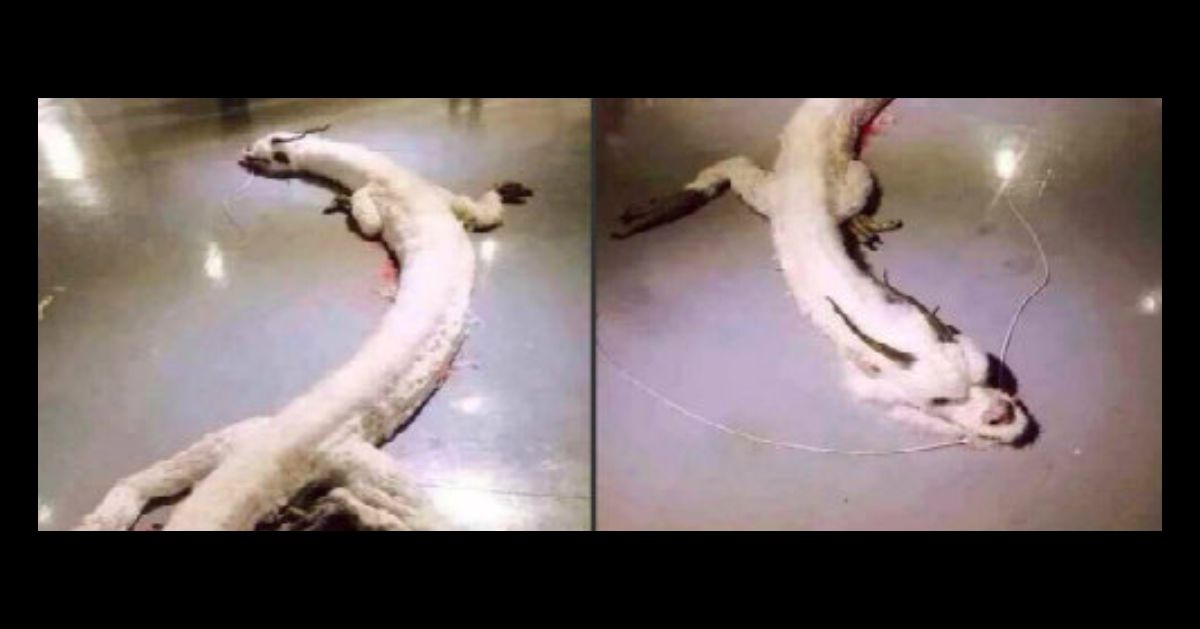 In March 2015, a series of photographs purportedly showing a dead dragon "with fluffy white rabbit fur" inside a home in Malaysia began circulating on the Internet: The images were frequently shared along with a backstory claiming that a fruit farmer shot the dragon dead after he discovered that it had been eating his rabbits:

A dragon has been shot dead in a house in West Malaysia. An fruit orchard owner were asleep in the 2nd floor room of the home woke up when he heard the screams of rabbits and sound like an odd noise tiger. Orchard owner continue peek of stairs found a strange animal with two horns and a long mustache is suck a male rabbit. Because aid, he continued to take an auto rifle and fired eight shots cause the odd animal fell to the floor. After ensuring these animals really dead he was shocked to find it is a dragon with fluffy white rabbit fur.

Numerous clues indicate that this story is a hoax. First, this isn't the only story that has been attached to these photographs. In 2014, several web publications shared the photographs of the "dead dragon" along with the claim that it had been caught by a fisherman in Mongolia:

Was this dragon killed by a fisherman in Mongolia in 2014, only to come back to life and steal rabbits from a farmer in Malaysia in 2015? While we can't speak authoritatively on the magical abilities of such mythical creatures, we can definitively say that these images do not depict a real dragon.

On 24 June 2014, a video was uploaded to YouTube with the intent of proving that a white dragon had indeed been shot and killed in Malaysia. Unfortunately, the hoaxsters behind the video failed to remove images of this dragon sculpture being created in an art studio: