Is 'Poop Diving' a Real Job in Australia?

Someone has to do the dirty work. 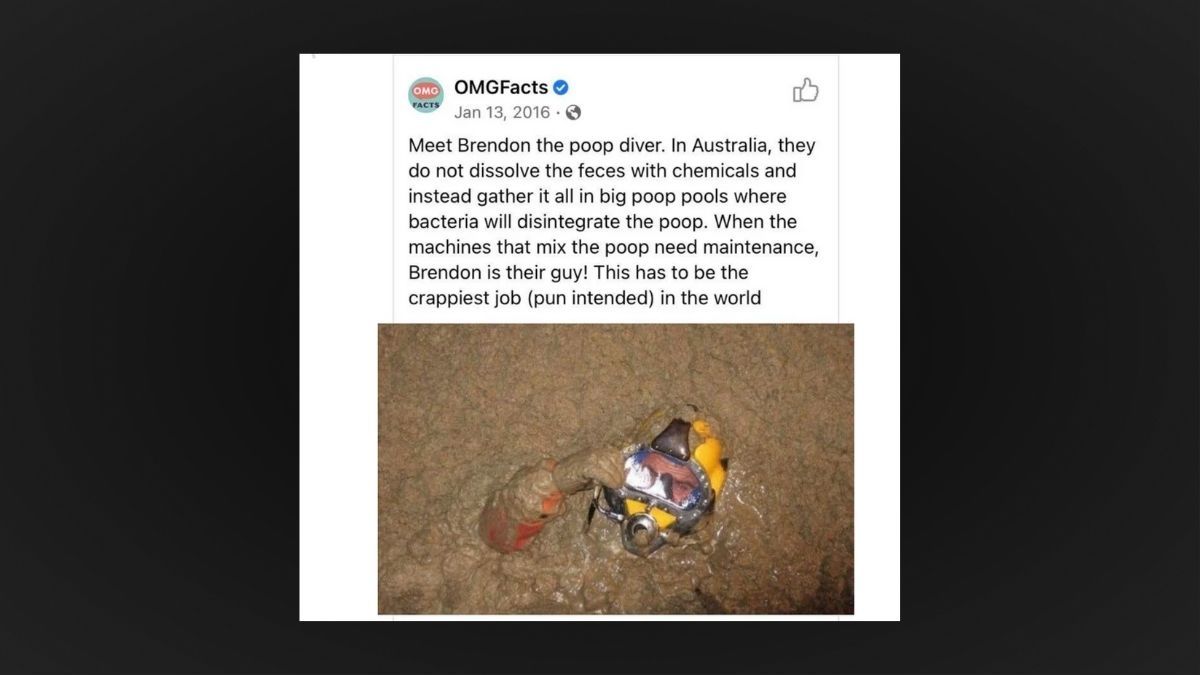 Claim:
In Australia, some people have to conduct repairs on machines used to help decompose sewage by diving into poop and other kinds of refuse.
Rating:

Jumping into a pile of poop is just part of a regular day’s work for sewage divers in Australia. In January 2021, Redditors shared an image of a man named Brendan, claiming that he was a “poop diver.” Brendan’s story comes from a 2014 profile published by Vice that describes him as a sewage diver. Brendan’s job involves him diving into all kinds of environments with negligible air circulation, with piles of refuse being just one of those. He runs a Melbourne company called East West Dive and Salvage, which offers “contaminated diving operations":

On why such diving is necessary, Brendan said: “I'm doing it because in Australia, we don't process our sewerage with chemicals. We get bacteria to break down the solids by aerating them with big stirring machines, 24 hours a day. It's a very aggressive environment, and moving parts constantly break.”

He found himself diving in blind to repair machines intended to mix the sewage, because there was no visibility down there. Most of his work was done “by feel.” A short 2018 video by Vice shared more details about Brendan’s work:

Since this is a real job in Australia, we rate this claim as “True.”