Did Mike Pompeo Say 'We Will Continue to Fight These Battles Until the Rapture'?

White evangelical Christians are a powerful force in the Republican Party. 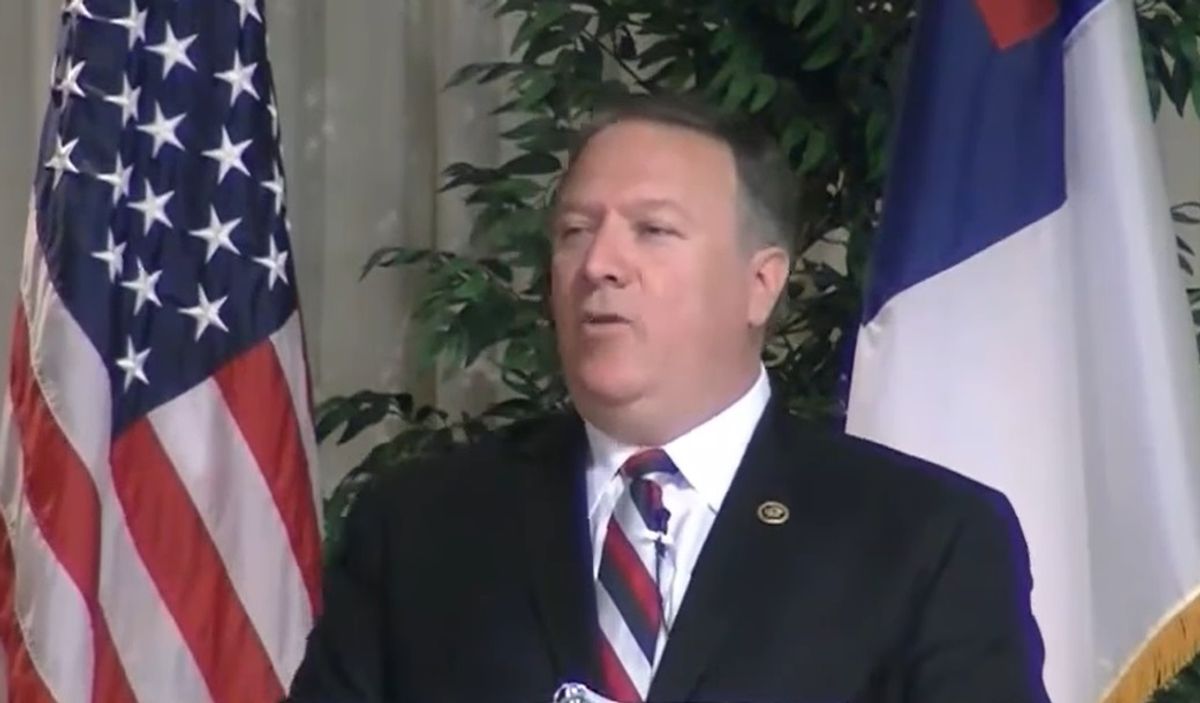 Claim:
Did Mike Pompeo declare, "We will continue to fight these battles. It is a never-ending struggle ... until the Rapture."
Rating:

Michael Richard Pompeo represented Kansas in the U.S. House of Representatives between 2011 and 2017 and then served as director of the Central Intelligence Agency (CIA) until April 26, 2018, when he was tapped by U.S. President Donald Trump to succeed the departed Rex Tillerson as secretary of state.

As The New York Times observed of Pompeo in March 2019, "no secretary of state in recent decades has been as open and fervent as Mr. Pompeo about discussing Christianity and foreign policy in the same breath. That has increasingly raised questions about the extent to which evangelical beliefs are influencing American diplomacy."

That questioning of Pompeo's mixture of religiosity and policy was reflected in a meme circulated in January 2020, amidst escalating tensions between the U.S. and Iran over the U.S. airstrike that killed Iranian Gen. Qassem Soleimani in Baghdad: The quote reproduced in this meme — about continuing to fight battles and struggle until the moment of the Rapture — was taken from a talk Pompeo delivered at a "God and Country Rally" held at Summit Church in Wichita, Kansas, on June 28, 2015. The event was just a few days after the U.S. Supreme Court handed down the landmark Obergefell v. Hodges decision holding that same-sex couples have a constitutionally protected right to marry.

The words reproduced above were excerpted from a portion of Pompeo's speech, as captured here:

However, that short clip doesn't provide the full context of Pompeo's remark, which was not specifically about military or political battles. We reproduce the surrounding context below, as taken from a video of the complete speech (beginning around the 23:19 mark):

On Friday, just hours after the Supreme Court's [Obergefell v. Hodges] decision, my wife entered a retail establishment here in Kansas. She went to the counter to pay for the products that she had purchased, and the man behind the counter saw the credit card that she was using and said "Are you related?" And before he could finish she said, "Yes, yes, yes, I'm his wife," and he teared up and he said, "Thank your husband for what he's doing; thank you for allowing him to go do that. Have strength, Susan, and remember always that no matter what happens in Washington, D.C. or in Topeka, it is the Lord that is in control."

This was a stranger to Susan. This was a man who[m] she had not met before, but he took time from his role to pray for her and to thank her and to make clear that his Christian understanding of our nation was not just in her heart but his, and that he would work every day to make sure that the Lord's work govern our actions each and every day.

It was a remarkable moment. We are blessed to live in Kansas where there are so many people that understand that. We will continue to fight these battles. It is a never-ending struggle. Until that moment Pastor Fox spoke about, until the Rapture be part of it, be in the fight. Ask for forgiveness seek His wisdom, and heed your pastor's call to actions, and great things will be bestowed upon our nation and our world.