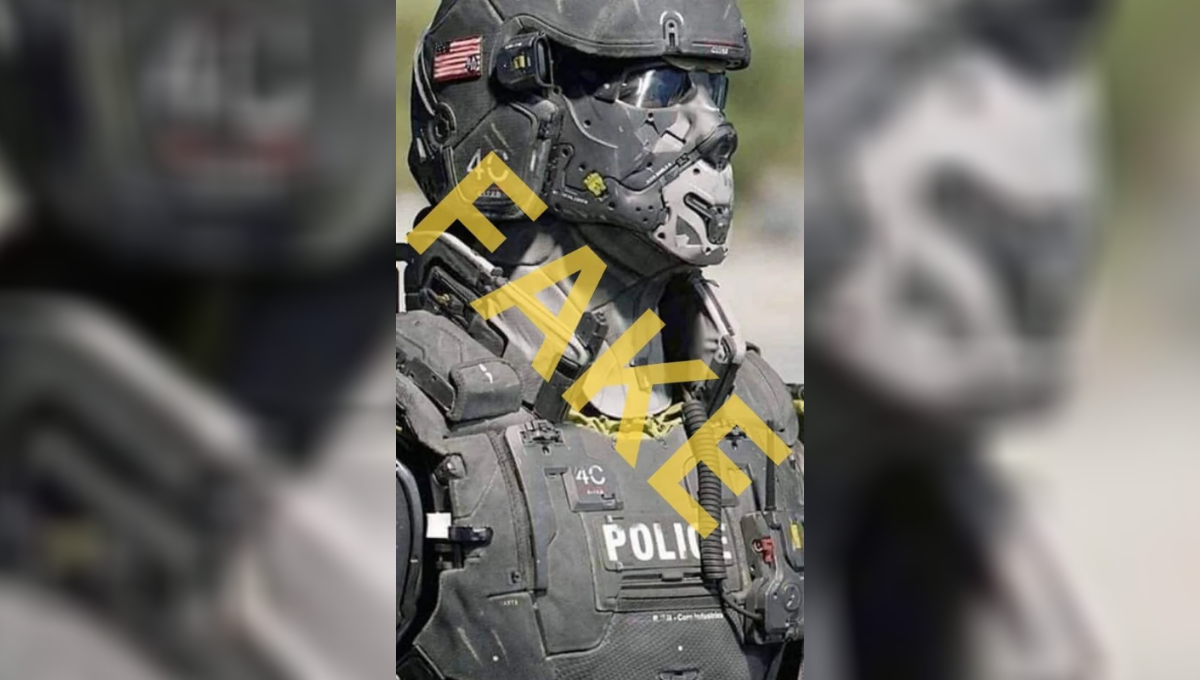 Image Via Twitter, screen capture
Previous Article
Next Article
Article 19 of 38 in Collection

In July 2020, shortly after U.S. President Donald Trump announced that he was sending federal troops to various American cities, an image supposedly showing a heavily armored police officer started to circulate on social media. This image was frequently accompanied by the claim that it showed "Trump's America."

Although Trump truly sent federal troops to U.S. cities, the above-displayed image does not show a real soldier patrolling a street in the United States. This was actually digital artwork created circa 2016 by Michael Andrew Nash.

Nash reshared this image (as well as several other renderings of the same CG model) to his Instagram page in November 2019, along with hashtags such as #design #conceptart #zbrush (a digital sculpting tool) and #future. On July 27, after this image was shared as genuine by political commentator Cheri Jacobus, Nash wrote that it was "great to fool political nutters."

In June 2019, Nash shared a brief video showing the creation of this "vested" police officer.

Previous Article
Next Article
Article 19 of 38 in Collection