A police horse kicked a student in Ontario, Canada, after she sneaked up and slapped it, but the incident had nothing to do with Black Lives Matter. 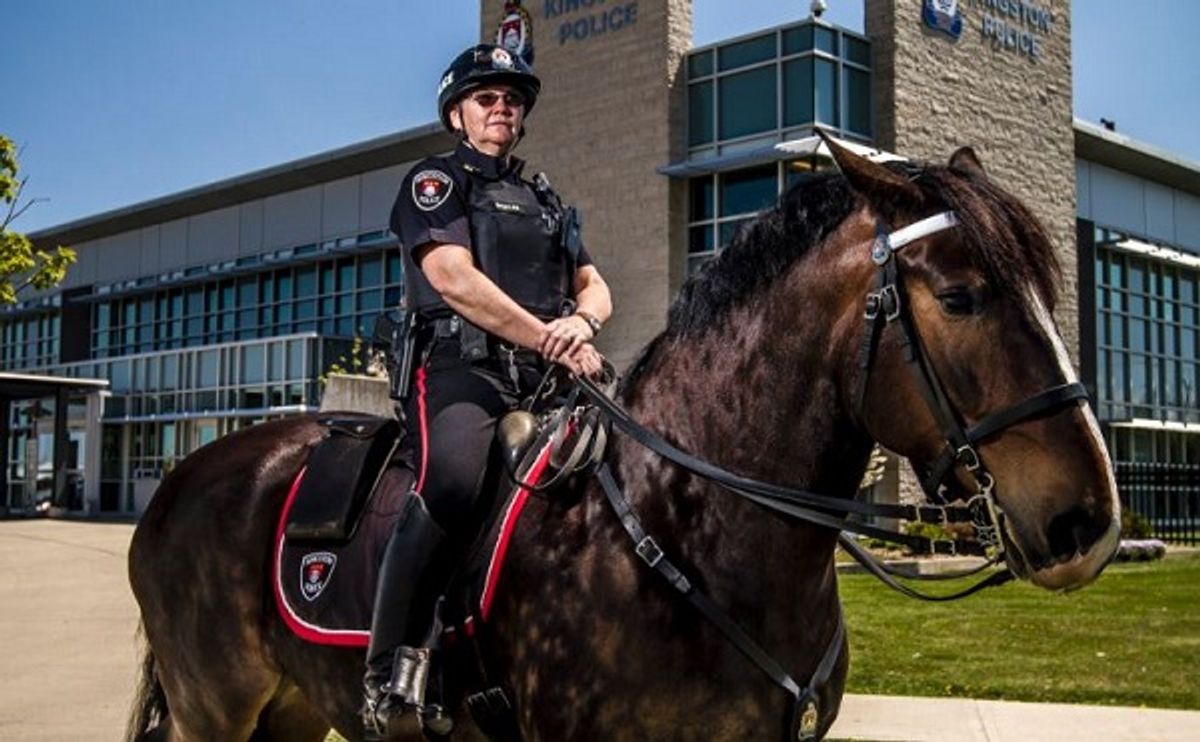 A young Canadian woman was kicked by a police horse after she sneaked up and slapped it on the behind.

The kicked woman was not a Black Lives Matter protester.

On 14 November 2016, various disreputable web sites, including TellMeNow.com and even the evangelical pastor Creflo Dollar, began posting a video of a young blonde woman getting kicked in by a police horse after slapping its rear end, claiming that she was a Black Lives Matter protester who received swift justice:

And a Black Lives Matter protester realized how stupid she really is after she slapped a police horse. The horse immediately kicked her in the head. She fell flat on her face and then ran away holding her nose. That’s instant karma! These horses are military grade they are trained for riots and will defend themselves if stupid human beings attack them Think again before touching Gods chosen.

According to the Kingston Police Department, the incident happened during a homecoming event for Queens University in Kingston, a city in Ontario, Canada. The incident had nothing to do with the Black Lives Matter movement.

We haven't heard back from Kingston police regarding our inquiries, but a series of tweets sent out by the department on 15 October 2016 about the seemingly raucous day indicated that the horse, a mare called Murney, was new to the department and in the process of being trained. She had been slapped a total of three times during the the homecoming event and was startled, but she had not injured anyone. Police tweeted that the three horse slappers could be charged with injuring a law enforcement animal and receive a maximum of five years in prison:

Police horse, Murney, still in training. Startled by slaps but kept her restraint. 3 accused to be charged with Injury to Animal. pic.twitter.com/S5INhdDunW

The video was posted to the social media platform Instagram, where it was widely viewed:

“She was tough as nails,” said her partner Constable Greg McCabe. “And had one strong left-hoof and could catch any perp who was on foot or bicycle. What I liked about her was her refusal to use her taser or gun, and just trample. You know, old fashioned police work.”

Despite her popularity with her co-workers, her superiors were not impressed with her behaviour. The 8 foot equine was previously investigated for skimming apples from a drug bust in 2012, but the investigation was halted after several witnesses disappeared.

Equestrians will tell you it's never a good idea to sneak up behind a horse: they have a blind spot directly behind them, and they often respond to movement in that area by kicking out with their powerful hind legs. Police horses are methodically trained over time to desensitize them from stimuli that would startle ordinary horses, allowing them to work calmly in high-stress situations.