Did a Milwaukee Police Officer Say He Pointed His Gun at a Black Driver Because 'You're Not White'?

Police say the comment was made, but by a civilian bystander and not by one of their officers. 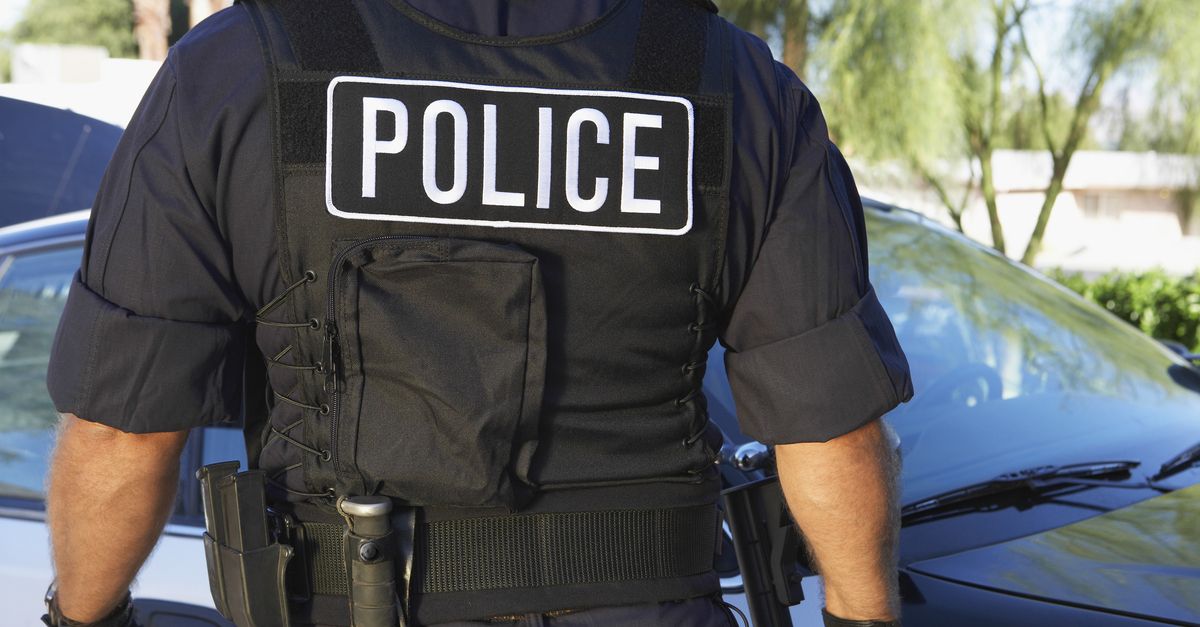 Claim:
A police officer told an African-American driver that weapons were drawn on him because "you're not white."
Rating:

On 19 August 2018, social media users widely circulated a video taken with a cellphone that showed Milwaukee County Sheriff's deputies approaching, with guns draw, a stopped vehicle occupied by a driver and passenger who were both African-American. In the video, the driver could be seen putting his hands out the car window and yelling at police, "Why you got your guns pointed at me, though?" Another voice off-camera promptly responded, "Because you're not white."

The video blew up on social media, creating outrage over what viewers believed to be a display of open racism by police officers:

However, according to acting Milwaukee County Sheriff Richard Schmidt, the person who made the comment was not one of the deputies, but rather an off-camera bystander.

Schmidt hastily called a press conference the day the video circulated and announced that he had reviewed multiple recordings of the incident, including dashcam footage from the deputies' squad cars. He also said that had the statement been made by a deputy, he would have immediately suspended that person.

Schmidt said not only was he confident that none of his deputies made the statement, but that one of them saw the person who did -- a civilian bystander possibly occupying a green van:

Every deputy involved in the incident, I specifically talked to myself, as well as having the supervisors interview them, as well as all the available video that we had from the public as well as those out of our squad cameras ... Deputy Boyd here who is on my left heard the statement that was made and that was in question on the videos that have frankly caused a great deal of unrest in the community already ...

There were three deputies that were at this particular incident, and I'll go through it in just a moment. Deputy Boyd literally heard the statement that was being made, that these individuals would not have had guns pointed at them if they were not white. He identified the individual as being a white male who made the statement. He did have long facial hair and it's believed from another deputy in the room that this person was inside of a green van. Deputy Boyd did not see the particular vehicle but he looked over and saw the person, identified him as the person making that statement.

A representative for the Sheriff's Department said she would send us footage from the squad cars' dashcams for review via postal mail.

Schmidt said the reason the deputies had their weapons pointed at the car was because the driver had sped past them at 70 to 85 miles per hour in a 30 MPH zone and swerving into the right shoulder. Deputies pursued the vehicle, during which time the driver ran a red light, and when the car finally came to a stop, Schmidt said, the driver failed to follow orders to put the car in park and throw the keys out the window. In the end, Schmidt noted, no force was used as both the driver and passenger got out of the car on their own. The driver was issued citations for traffic-related infractions.