Did Police Munitions Light Up the Capitol During Riots on Jan. 6, 2021?

An extraordinary photograph appeared to capture the effects of a flash-bang grenade going off at the U.S. Capitol. 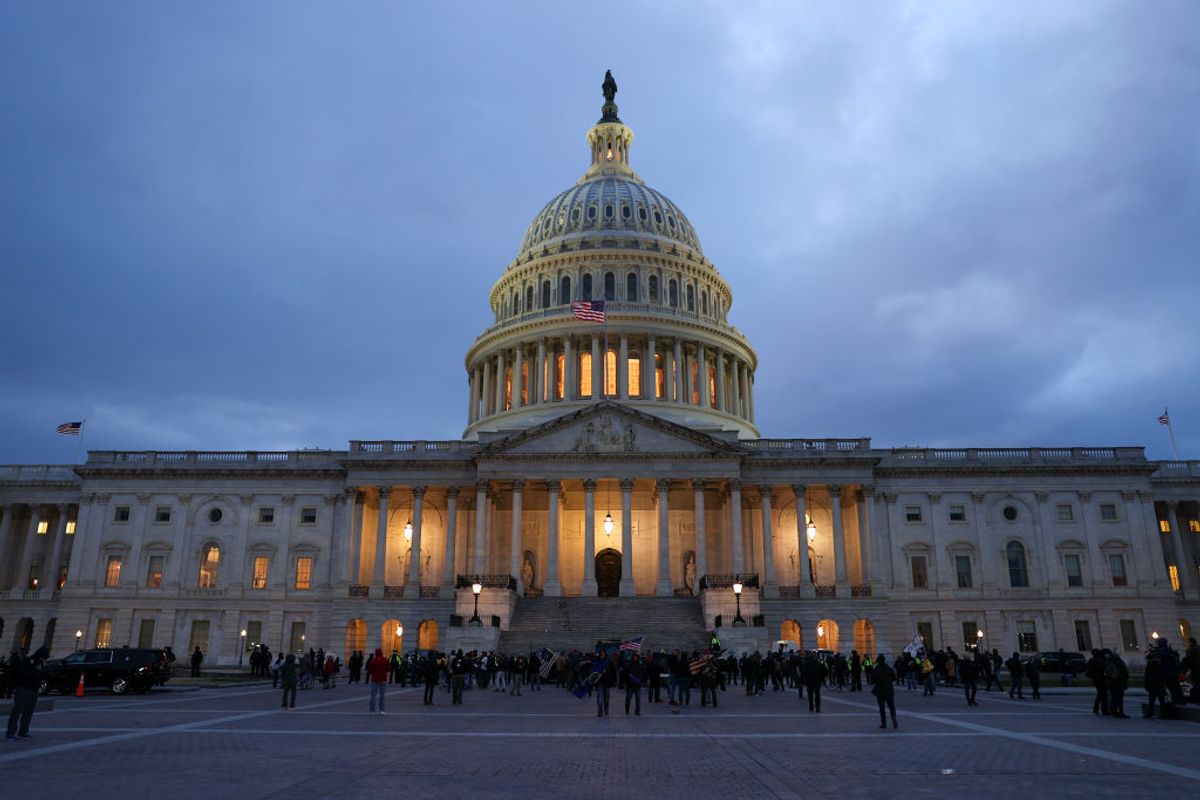 Claim:
A photograph that showed smoke rising and a blast of light in front of the U.S. Capitol building was authentic.
Rating:

Amid unprecedented rioting in the U.S. Capitol on Jan. 6, 2021, social media users shared an extraordinary photograph that appeared to show smoke rising, and a blast of light, in front of the building: Photographs and videos that appear to feature flames, smoke, or explosions are sometimes the result of digital manipulation, especially in the context of high-profile or breaking news events. This one, however, was authentic.

The picture was taken by photographer Leah Millis and published by the Reuters agency on Jan. 6, 2021. The caption associated with the photo explained that the smoke and flash of light seen on the balcony were caused by the explosion of a police munition, potentially a flash-bang grenade, which U.S. Capitol Police did deploy during the riot. The caption read as follows:

An explosion caused by a police munition is seen while supporters of U.S. President Donald Trump gather in front of the U.S. Capitol Building in Washington.