Gruesome reports of a killer clown in Memphis murdering people and stuffing their bodies into a freezer are fake news. 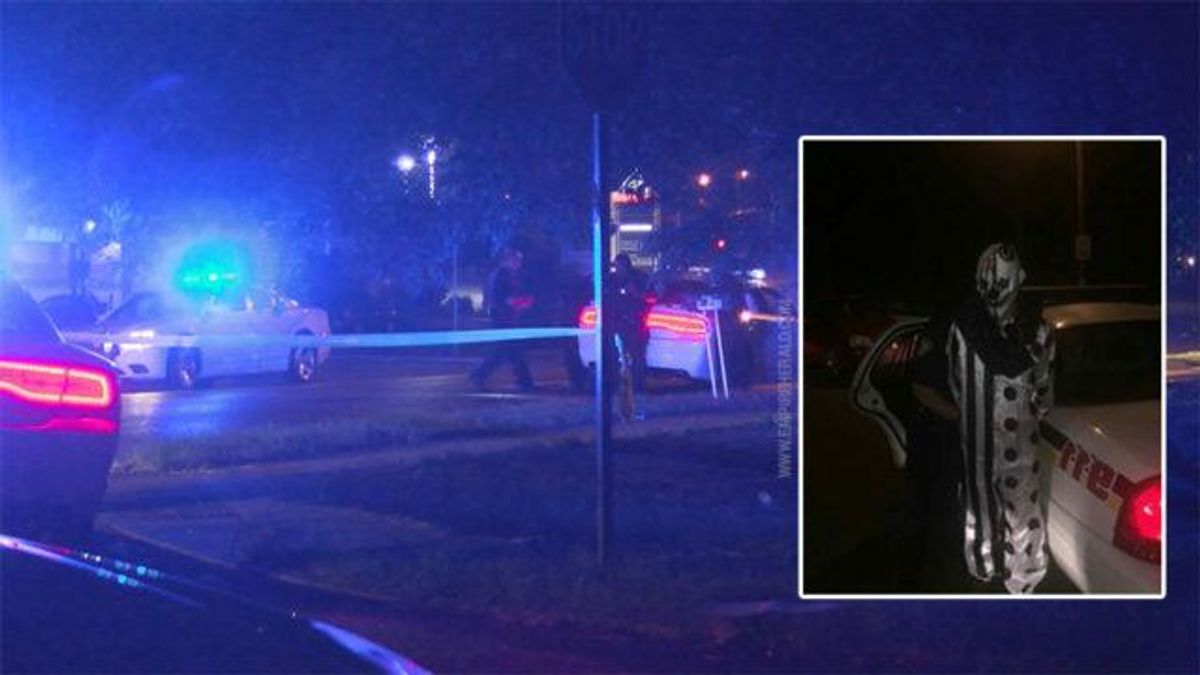 Claim:
A clown was arrested after police found eleven human bodies stuffed in a freezer at his residence.
Rating:

On 17 October 2016, the Empire Herald web site published a gruesome article about the arrest of a clown after police found eleven human bodies stuffed in a freezer at his Memphis residence:

Douglas Harrison, 42 of Memphis, was arrested in connection with a series of dead bodies found in a freezer located in his shed. According to reports, the bodies were dressed in clown costumes with clown makeup on the faces.

The Memphis Coroners office made a gruesome discovery today after several 911 calls were placed by neighbors regarding their concern of suspicious activity at the residence of Harrison. At approximately 8 p.m., police were dispatched to Walnut Street and Polk Ave. Upon their arrival, authorities were met by a group of residents at the corner where they assisted police in locating the home in question. Police proceeded to the 800 Block of Polk Ave where they located the home. Authorities knocked on the door of the residence and was met by a male, dressed in a Clown costume, who appeared to be in his late 30’s to early 40’s and seemed to be under the influence of drugs.

Upon entering the home, authorities indicated that the home “smelled of cotton candy and death”. The inside of the home was covered wall to wall with circus decorations and the sound of circus music could be heard throughout the home.

There was nothing to this story, which was just another fabrication intended to exploit a current rash of clown hysteria sweeping across the U.S. (and elsewhere). The Empire Herald is a fake news site that does not publish any factual stories — and few original ones, preferring (as here) to instead recycle "satirical" clickbait pieces first published elsewhere.