Did a Police Drug Raid Unexpectedly Find a Bitcoin Farm Instead?

This rumor took us to the town of Santiponce, Spain, which is near Seville. 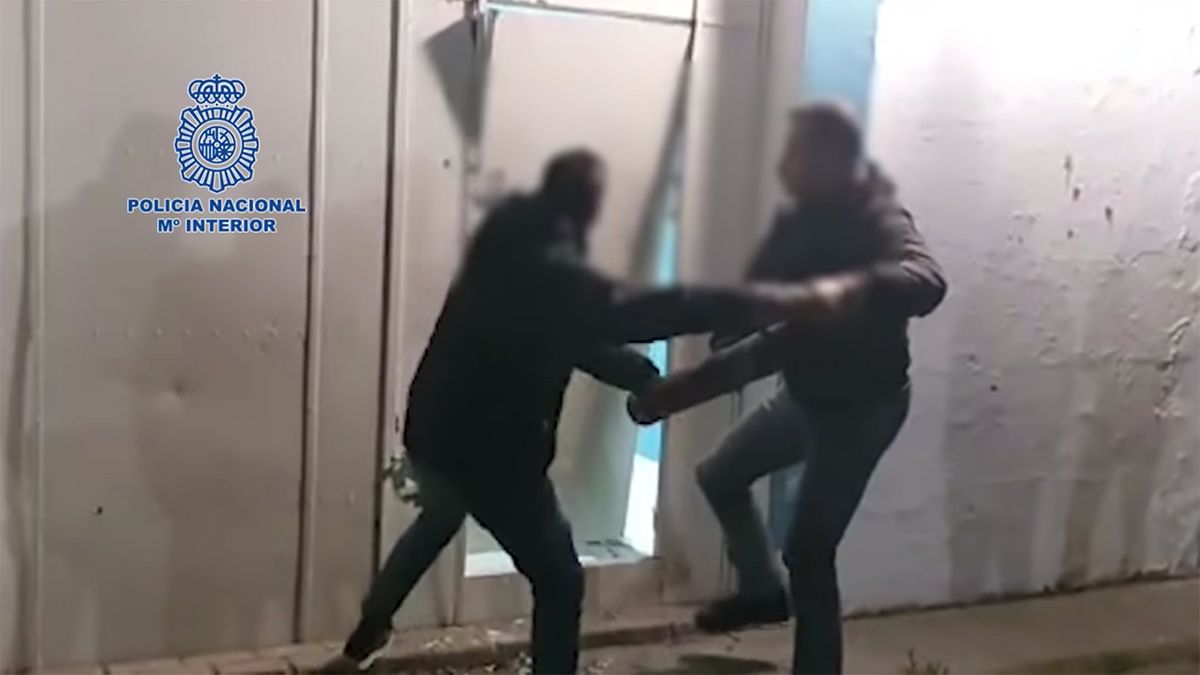 Claim:
Spanish police unexpectedly found a Bitcoin mining farm in a raid when they believed they would find drugs.
Rating:

A news release from Spanish police indicated that while officials first believed they might find a marijuana-growing drug operation, they received information prior to the raid that made them think they'd find a cryptocurrency mining farm for Bitcoin instead, which was exactly what they found. In other words, it wasn't "unexpected," which was the notion pushed by the r/Unexpected subreddit on Reddit.

On Feb. 1, 2022, a Reddit user posted a video in the r/Unexpected subreddit titled: "Police were looking for drugs." The video purportedly showed Spanish police busting down a door and expecting to find marijuana or other drugs, but instead uncovering a Bitcoin mining farm for cryptocurrency.

We found that the clip was originally posted by the National Police YouTube channel on Jan. 28. It was recorded in Santiponce, Spain, which is near Seville. It's unclear on exactly what date the bust took place:

On the official website for the Spanish police, a news release also from Jan. 28 provided in-depth details on the Bitcoin mining farm bust:

Police investigations began on a possible indoor marijuana plantation that could be located in some stables located in Santiponce. After carrying out the first inquiries, the agents realized that the existing indications did not correspond to the cultivation of marijuana, but rather that these facilities could be hosting a cryptocurrency farm of which there are hardly any records in Spain.

With this information, the stables were entered and searched, where the agents discovered modern facilities for mining cryptocurrencies.

In other words, it's true that the police originally thought the buildings might house a marijuana operation. However, according to the release, before the door was busted down, police had made inquiries and expected that they would find not marijuana or drugs, but rather a Bitcoin or other cryptocurrency mining farm. Inside the building. (Courtesy: National Police/YouTube)

Research from NotebookCheck.net documented what was found in the raid and said that the electricity used by the Bitcoin mining farm was done in an illegal manner:

Over 21 Bitcoin mining ASICs were recovered from the location and what looks like five EVGA GeForce RTX 3080 graphics cards. The equipment, worth over €50,000, generated about €3,500 in revenue per month. The Bitcoin mine in question was relatively new, so it is unlikely that its owners came close to breaking even on their investment. Police are yet to identify who owns the farm in question and are investigating the matter.

Like many other countries in the world, Spain does not have any laws against mining cryptocurrency, and mining is (somewhat) legal in the country. However, the electric connection for the Bitcoin mining farm was illegal and reportedly cost the state €2,000 per month.

Regarding the illegal use of the electricity, the news release from police said: "Outside the premises, an illegal connection to the electrical network was located to power the equipment, observing a very high consumption of amps, which, according to technicians from the electrical company, could generate a monthly electricity fraud of 2,000 euros." An alternate view inside the building. (Courtesy: National Police/YouTube)

In sum, the police seen in the video received information just prior to the bust that led them to expect that it was not marijuana or drugs that they would find, but rather the Bitcoin cryptocurrency mining farm that they eventually uncovered.