Pokémon Was Originally Designed for Satanists

A satirical 2012 interview with Pokémon's creator has reappeared thanks to the popularity of Pokémon GO. 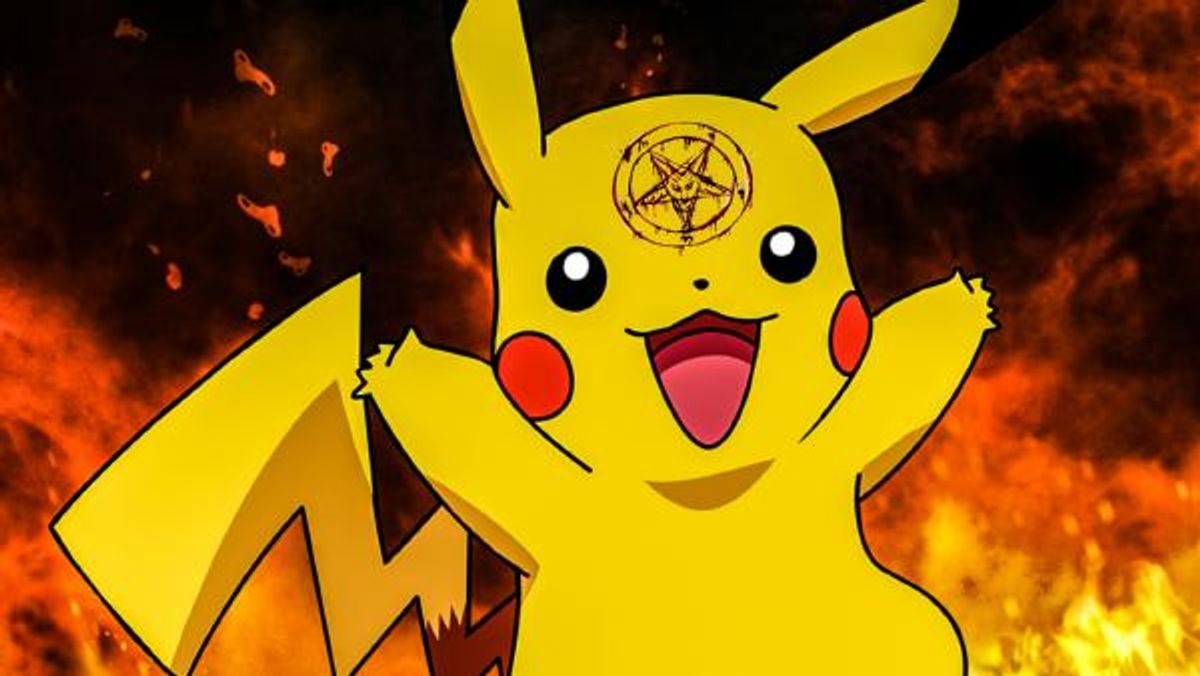 Claim:
The creator of Pokémon said in an interview that the game is anti-Christian, and was developed with Satanists in mind.
Rating:

In July 2016, the internet was flooded with stories (some true, many false) about Nintendo's widely popular new game, Pokémon GO. The game's popularity even managed to resurrect an old, fake interview with the game's creator, Satoshi Tajiri, in which he purportedly stated that Pokémon was deliberately anti-Christian, and more than that, was created with Satanists in mind:

In a rare interview with Pokémon creator Satoshi Tajiri, he admits that the games were created as a backlash against his Christian parents. He also says that the games are tailored towards an anti-Christian sentiment or Satanism.

The interview, conducted by Time about the continued success of the Pokémon series, took a sharp left turn when Tajiri was asked about the inspiration for the games. The following is an excerpt from the interview:

Tajiri: Yes. Pokémon is essentially the correct answer towards life, not Christianity. Everything presented in the game is the opposite of what Christians may believe. Some have said that the game promotes voodoo or magic, and I agree in the sense that there are many things that occur in nature that are unexplainable. Furthermore, the violence in the games is unparalleled. It may not show up in the actual graphics, but the brutality is made especially explicit in the Pokédex entries. Nature, again, played a big role.

Time: So those who say that the game is anti-Christian are correct?

Tajiri: I suppose so. I mean, some could say that the game supports Satanism. I don’t officially celebrate it, but I can understand why people would be attracted to it.

The interview displayed above is a work of humorous fiction that was originally published on gaming site Play4Real on 7 November 2012. Tajiri did, however, give a real interview to TIME magazine, which was published in November 1999:

After first coming up with the idea for Pokémon in 1990, Satoshi Tajiri labored for nearly six years over the original game. Now 34, he based it partly on things he remembered as a kid. The careful attention paid off. Pokémon swept Japan and is now doing the same in the U.S. and beyond. Spinoffs include trading cards as closely held as stock options, a TV series and, now, a movie.

Tajiri's real interview with TIME was mostly about the origin of the game and its unique design. Tajiri said that it came from several different aspects of his childhood (he collected bugs and liked manga comics) and he only mentioned inspiration when saying that he got his best ideas when he was sleep deprived:

It's the way I work. I sleep 12 hours and then work 24 hours. I've worked those irregular hours for the past three years. It's better to stay up day and night to come up with ideas. I usually get inspiration for game designing by working this schedule.

Satanism did not come up during the interview.