Are Poisonous Hammerhead Worms ‘Invading’ Parts of the US?

It’s said that a worm cut in half may grow into two worms. 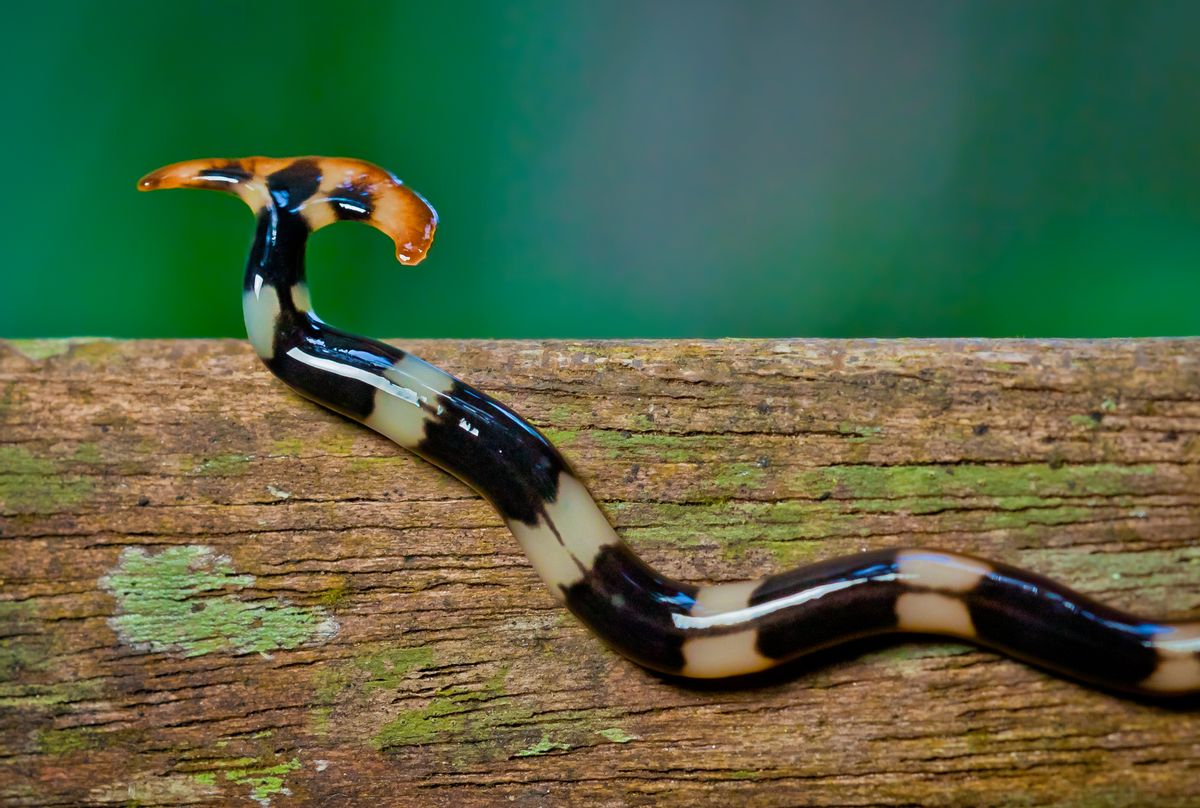 Claim:
Poisonous hammerhead worms are invading the U.S. and can replicate when being cut into multiple pieces.
Rating:

It is true that hammerhead worms are found throughout parts of the Southern U.S, however their “invasion” is not new — the worms are thought to have first arrived on the continent a century ago. Some species are believed to be poisonous. Because the worms are hermaphroditic, meaning they carry both male and female reproductive parts, it is believed an individual that has been cut in half can regrow into two different worms.

So named for its half-moon-shaped head, the hammerhead worm is a poisonous, invasive creepy crawler that has established populations in more than a dozen U.S. states.

Though the worms are thought to have been in the U.S. for at least a century, new attention was placed on the Earth-colored planarians when a tweet shared in March 2022 referred to the worms as “immortal” and “poisonous.”

The first such worms are thought to have been brought to the U.S. “during the early 1900s in soil on the roots of horticultural plants.” Today, there are at least four of the Bipalium species varying in lengths from 1.5 to 12 inches. Some species are believed to be poisonous.

Also called the shovel-headed worm or broadhead planarian, the terrestrial flatworm is not technically immortal, as the tweet claims. But it is thought that because the worms are hermaphroditic, meaning they have both male and female parts, they can reproduce by fragmentation. When a hammerhead worm is cut in half, it’s possible that the halves may grow into two worms, according to the Iowa State University agricultural department. However, the Texas Invasive Species Institute notes that sexual reproduction has not been observed. Though egg cases have been found, reproduction seems to be primarily done through “fragmentation: a small rear portion of the worm will pinch off, and ‘stay behind’ as the worm moves forward.”

A new head begins to form within about 10 days and the entire process may happen a few times each month. (Think that’s weird? Check out this this self-decapitating sea slug.)

“The thing to keep in mind is that these worms reproduce asexually, so if you are trying to get rid of them, cutting them in half will only make more worms,” said Katelyn Kesheimer, an Alabama Extension entomologist, in a blog on the Alabama A&M and Auburn Universities agricultural extension website. “They also possess a toxin, and we don’t have information on how harmful it is to humans, so I would avoid touching the worms if possible.”

That toxin is called tetrodotoxin, a neurotoxin that is also found in certain pufferfishes. The worms secrete the chemical through their skin, which can irritate human skin and harm pets.

Described as “aggressive and cannibalistic,” they can be difficult to get rid of and feed on other small insects, including the biologically important earthworms. They thrive in hot, humid environments like the Southeastern U.S. and tend to appear after periods of rain, particularly in garden greenhouses, mulch, and leaf litter.

It looks like the hammerhead worms aren’t going anywhere, either. Experts agree that the planarians are likely here to stay and recommend killing them by sprinkling salt directly on a worm or spraying it with citrus oil or vinegar. Never touch a worm directly and be sure to dispose of a corpse.

To ensure that sightings are accurately documented to track the spread of the hammerhead worms, experts ask that residents send photographs and other information to their local extension agent.