Is There a Point in the Ocean Where the Closest Human Could Be an Astronaut?

Point Nemo is the point in the ocean furthest from any land, but it’s not the only place where an astronaut might be the closest person nearby. 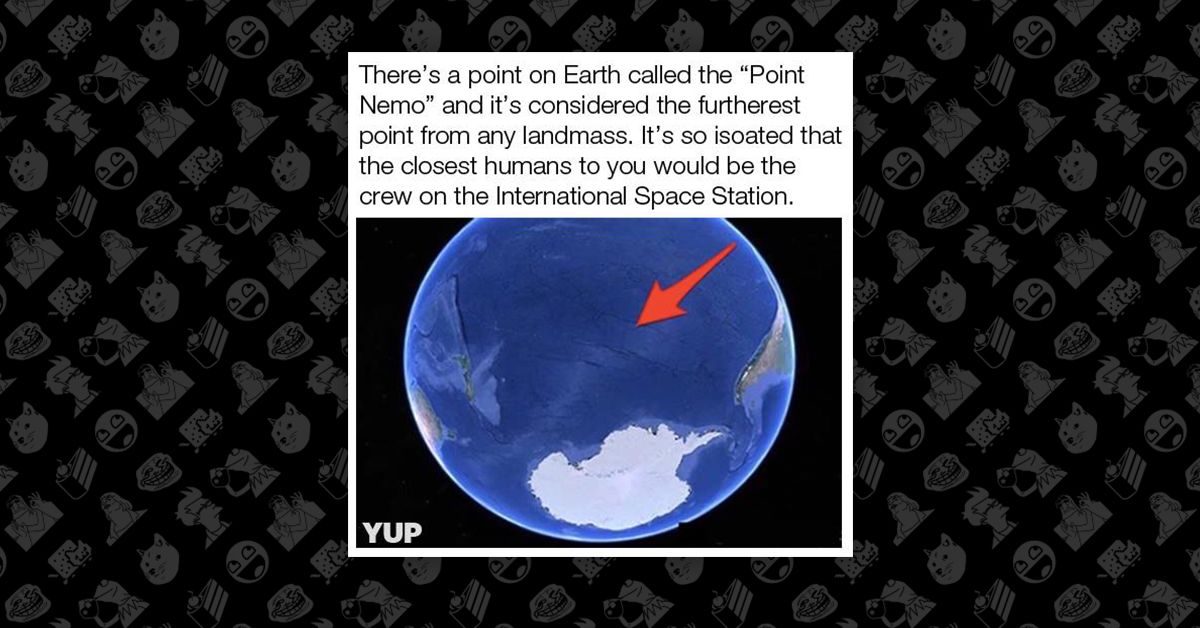 Claim:
There is a point in the middle of the Pacific Ocean so far from land that it’s likely the closest humans to it are aboard the International Space Station.
Rating:

A popular fact commonly shared on social media is the existence of a point colloquially referred to as "Point Nemo"— a geographic point on the globe in the southern Pacific Ocean further from any body of land than any other location on the globe. An allusion to the Jules Verne character Captain Nemo (whose name was a reference to the Latin word for "nobody"), the scientific term for such a point is the "oceanic pole of inaccessibility": The location of Point Nemo was defined by Croatian-Canadian survey engineer Hrvoje Lukatela using the logic that the most remote point would be an location equidistant from three coastlines, as the Earth is a three dimensional sphere. By crunching a ton of geo-spatial data on remote Pacific atolls and shorelines, he found that the most distant such point was 1450 nautical miles away from three bodies of land:

While the notion that there would be no land in any direction for more than a thousand miles is a mind-boggling prospect, many choose to highlight a more flashy sounding (but actually less impressive) fact about the area:

Point Nemo is so far from land, the nearest humans are often astronauts. The International Space Station orbits the Earth at a maximum of 258 miles (416km). Meanwhile the nearest inhabited landmass to Point Nemo is over 1,670 miles (2,700km) away.

While this is true, it would technically apply to any area under the path of the Space Station that is surrounded by at least 258 miles of likely uninhabited space — a considerably lower bar than the 1,670 mile radius defined by the oceanic pole of inaccessibility.