Did Justin Trudeau Pose with a Burning Canadian Flag?

You don't often see national leaders burning their own countries' flags -- and you still don't. 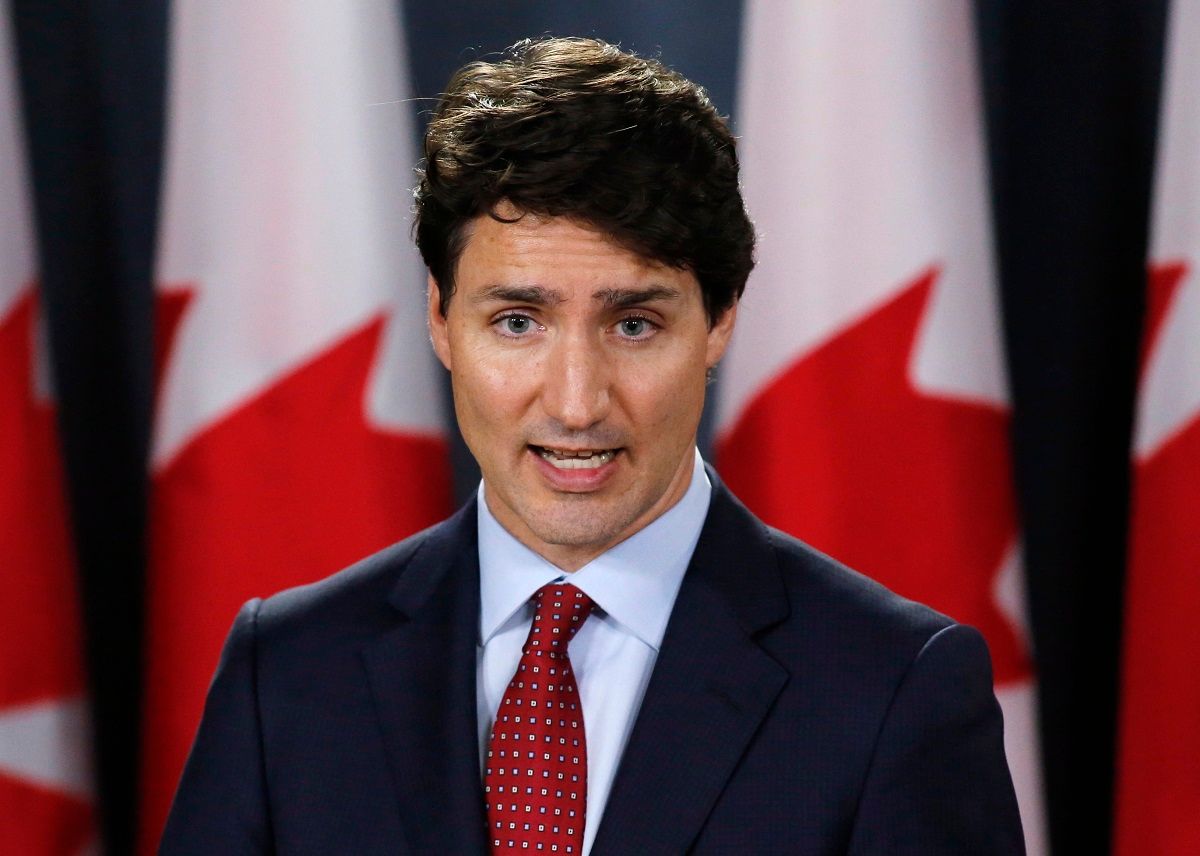 An image seemingly showing Canada prime minister Justin Trudeau posing for a selfie with a burning Canadian flag made the rounds on social media in December 2018: This image was not a genuine photograph, but rather a composite of at least two different images.

The photograph of Trudeau crouching was taken in November 2018 during his trip to Singapore. The original image showed the prime minister posing for a selfie in front of the gravestone of his fourth-great-grandmother. CTV News reporter Kevin Gallagher posted the original photograph on Twitter:

Prime Minister @justinpjtrudeau took a selfie in front of the gravestone of his 4th-Great Grandmother. The daughter of William Farquhar, the first Resident and Commandant of Singapore. He promised his son Xavier he would do it. #cdnpoli #ASEAN pic.twitter.com/Nz0GYLBTYq

Trudeau's critics later shared that selfie, accusing him of being crass or aloof during his visit to the memorial in Singapore. When someone posted the image in the "politically incorrect" section of 4chan, users made a template of Trudeau in that selfie position and digitally added him into other photographs, including one that featured a burning Canadian flag:

Also noteworthy: The photograph of the burning flag was taken several years before Trudeau became Canada's prime minister in 2015. That image was taken by Tami Starlight of the Vancouver Media Co-Op during a protest at the G20 Summit in Toronto in July 2010.