Did Obama Sign Executive Order Banning the Pledge of Allegiance in Schools Nationwide? 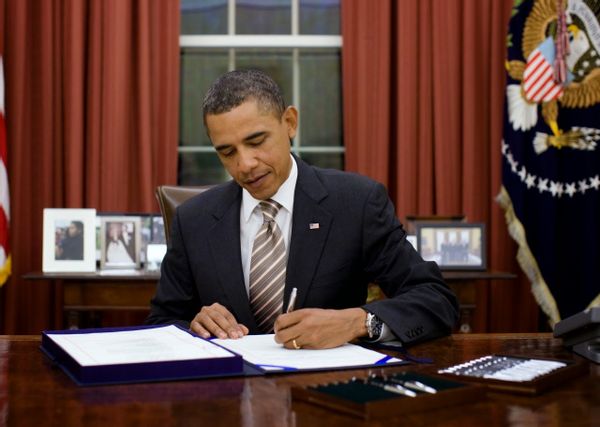 Apparently having run out of anything remotely approaching an original thought, in August 2016 fake news publishers fell back on the old chestnut of reporting that President Barack Obama had issued an executive order banning the Pledge of Allegiance in U.S. schools (for the umpteenth time):

Early this morning, President Obama made what could very well prove to be the most controversial move of his presidency with the signing of Executive Order 13738, which revokes the federal government’s official recognition of the Pledge of Allegiance. Under the new order, it is now illegal for any federally funded agency to display the pledge or for any federal employee to recite, or encourage others to recite, the pledge while on duty. This law also applies to federal contractors and other institutions that receive federal funding such as public schools. Individuals who violate this order can face fines of up to $10,000 and up to one year in federal prison.

During the press conference, the President explained his decision was based on a personal belief that the language used in the pledge is “divisive” and “contrary to America’s deepest held values.”

There was nothing to this report, which was just another recycled hoax promulgated by a malware-spreading fake news site that illegally appropriates the trademarks of legitimate news organizations such as ABC News.