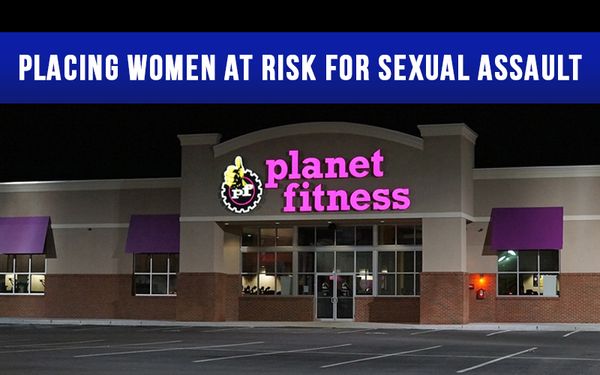 A Michigan woman's Planet Fitness membership was terminated after she complained about a transgender woman in the women's locker room, disagreed with the chain's policy, and continually voiced her complaints to other members.

Why people believed the dispute was recent in April 2016.

Last week, in a Michigan location a woman was shocked when she found a man inside the women’s dressing room. When she complained to the manager, she was told that biological men who dress as women are welcome inside the ladies’ room. When she complained to the corporate office, the company issued this statement in full support of gender confused men[.]

As is frequently the case with transgender bathroom (and other) panics, the source of the misinformation either failed to verify or deliberately left out the date of the dispute. A "read more" link at the bottom of the page led to a press release from anti-gay group the American Family Association, dated 16 March 2015. The AFA's "call to action" included further detail as well as a correct date for the controversy:

Planet Fitness is a fitness gym with 938 locations nationwide.

Last week, in a Michigan location a woman was shocked when she found a man (pictured right) inside the women's dressing room. When she complained to the manager, she was told that biological men who dress as women are welcome inside the ladies' room.

When she complained to the corporate office, the company issued this statement in full support of gender confused men:

Planet Fitness is committed to creating a non-intimidating, welcoming environment for our members. Our gender identity non-discrimination policy states that members and guests may use all gym facilities based on their sincere self-reported gender identity.

A Michigan woman lost her Planet Fitness membership over the "inappropriate" manner in which she complained about a transgender woman in the locker room ... Yvette Cormier's membership was not canceled for simply raising the issue, "as we welcome all feedback from our members," said McCall Gosselin, director of public relations at Planet Fitness Corporate ... it was the manner in which she expressed her concerns that club management felt was inappropriate, resulting in the cancellation, Gosselin said.

Cormier stands by her actions in a case that has drawn attention to transgender rights ... The mother of two says she was acting out of concern for her safety and the privacy of other female gym members when she raised the issue on Saturday, February 28.

She went to the front desk after someone who looked like a "man" entered the women's locker room while she was changing.

"I wanted to know why there was a man in the women's locker room," she told CNN. "He looked like a man, and that's what stopped me in my tracks."

She said the front desk employee told her about Planet Fitness' "no-judgment" policy, which allows people to use changing room based on "their sincere, self-reported gender identity." ... she said she called Planet Fitness' corporate headquarters and heard the same thing.

"If you have male parts you don't need to be in the women's locker room. I don't care what you are; I don't care if you're gay lesbian, transgender or transvestite. I am uncomfortable with you as a male in my locker room, in my restroom."

The AFA piece lacked important context, as did many social media and blog posts which insinuated Cormier's gym membership was terminated simply because she complained. She also visited her Planet Fitness location for four days in a row to protest the policy:

[Cormier] returned to the gym Monday, Tuesday, Wednesday and Thursday "to get the word out" to other women that they "let men in the women's locker room," she said.

"Every day I said 'just so you know, there's a man they allow in this locker room and they don't tell you that when you sign up,' " she said.

The next day, she found out that her membership had been canceled.

Planet Fitness public relations representative McCall Gosselin issued the following statement after the February 2015 dispute, only half of which was quoted in the AFA's "call to action" and subsequent blog posts:

The manner in which this member expressed her concerns about the policy exhibited behavior that management at the Midland club deemed inappropriate and disruptive to other members, which is a violation of the membership agreement and as a result her membership was canceled.

Planet Fitness is committed to creating a nonintimidating, welcoming environment for our members. Our gender identity nondiscrimination policy states that members and guests may use all gym facilities based on their sincere self-reported gender identity.

Planet Fitness does allow transgender men and women to use the locker room that corresponds with their "sincere self-reported gender identity," but nowhere does their policy state that men are allowed to women's bathrooms, or vice versa. The controversy involved one specific Planet Fitness location in Michigan, and occurred in February 2015. Nothing notable transpired between the individual dispute between a woman and the chain and April 2016, when outlets began to republish the claim as though it was new, except for increased debate over transgender bathroom use due to the passage of HB2 in North Carolina.