A 2013 video shows a cargo plane crashing in Afghanistan. 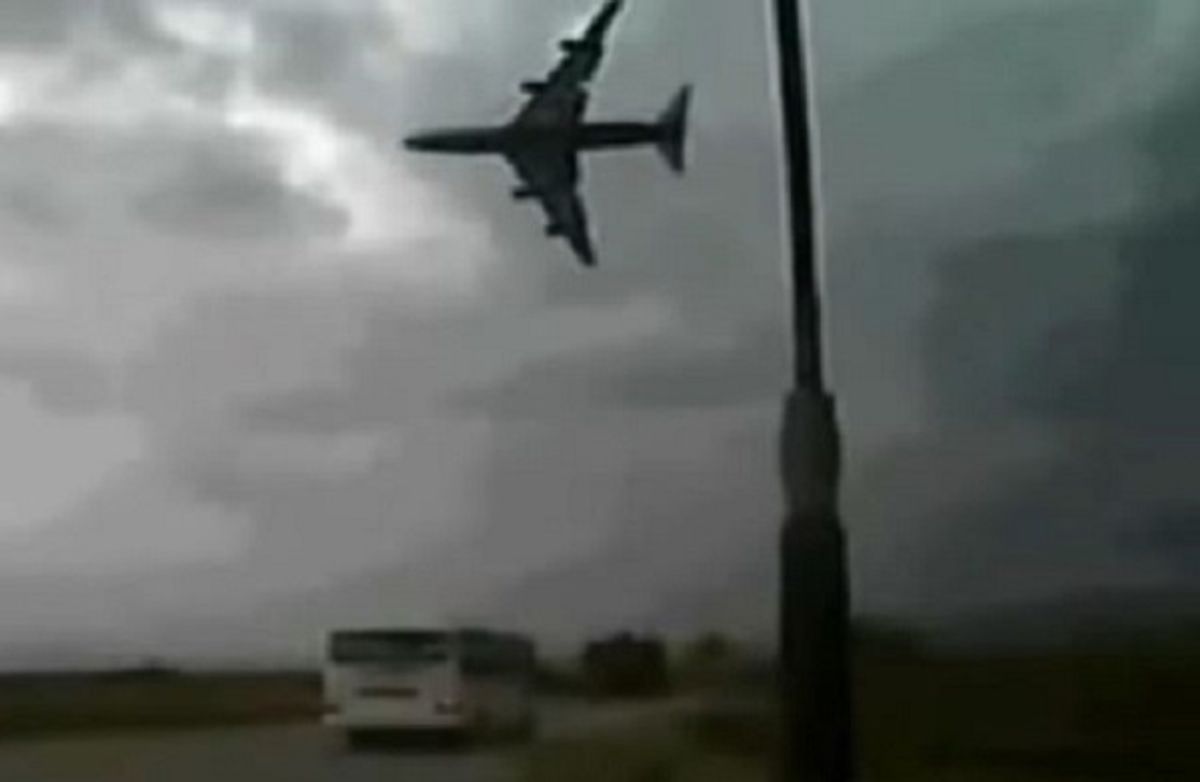 Claim:
A video showing an airplane losing altitude and then crashing in Pakistan is "disappearing from the Internet."
Rating:

The video shows a plane crashing in Afghanistan in 2013.

The crash happened in Afghanistan, not Pakistan; the video is not "disappearing from the Internet."

In September 2016, a Spanish-language Facebook page ("Canca Noticias") posted a harrowing video that shows a jet losing power and crashing into the ground, creating a fireball.

While the post claims the video is "disappearing from the Internet," the video can easily be found online. It was embedded in a Guardian reprint of a 14 July 2015 report by the Associated Press, which detailed the National Transportation Safety Board's findings on its cause.


The video does show an actual plane crash. It took place on 29 April 2013, according to the NTSB. The plane, a Boeing 747-400 BCF, crashed shortly after takeoff at Bagram Air Base in Afghanistan just before 3:30 p.m. local time, killing all seven crew members on board. The plane was destined for Dubai.

According to the NTSB, the plane, operated by National Airlines, stalled after takeoff. It was carrying five mine resistant ambush protected (MRAP) vehicles, which weren't properly restrained inside the plane:

These vehicles were considered a special cargo load because they could not be placed in unit load devices (ULDs) and restrained in the airplane using the locking capabilities of the airplane’s main deck cargo handling system. Instead, the vehicles were secured to centerline-loaded floating pallets and restrained to the airplane’s main deck using tie-down straps. During takeoff, the airplane immediately climbed steeply then descended in a manner consistent with an aerodynamic stall. The National Transportation Safety Board’s (NTSB) investigation found strong evidence that at least one of the MRAP vehicles (the rear M-ATV) moved aft into the tail section of the airplane, damaging hydraulic systems and horizontal stabilizer components such that it was impossible for the flight crew to regain pitch control of the airplane.

The video appears to have been shot from a car dash camera. It shows the plane climb then suddenly pitch and lose altitude. It then crashes into the ground and explodes.


While the video of the plane crash is real (and tragic), the claim that it took place in Pakistan rather than Afghanistan, and that it is being covered up or somehow scrubbed from the Internet is demonstrably not.