Is the Video of Pills Burning on Top of a Stove Real?

The video showed 10 pills growing into a snake-like form above the flames from the stovetop that might remind some readers of Medusa. 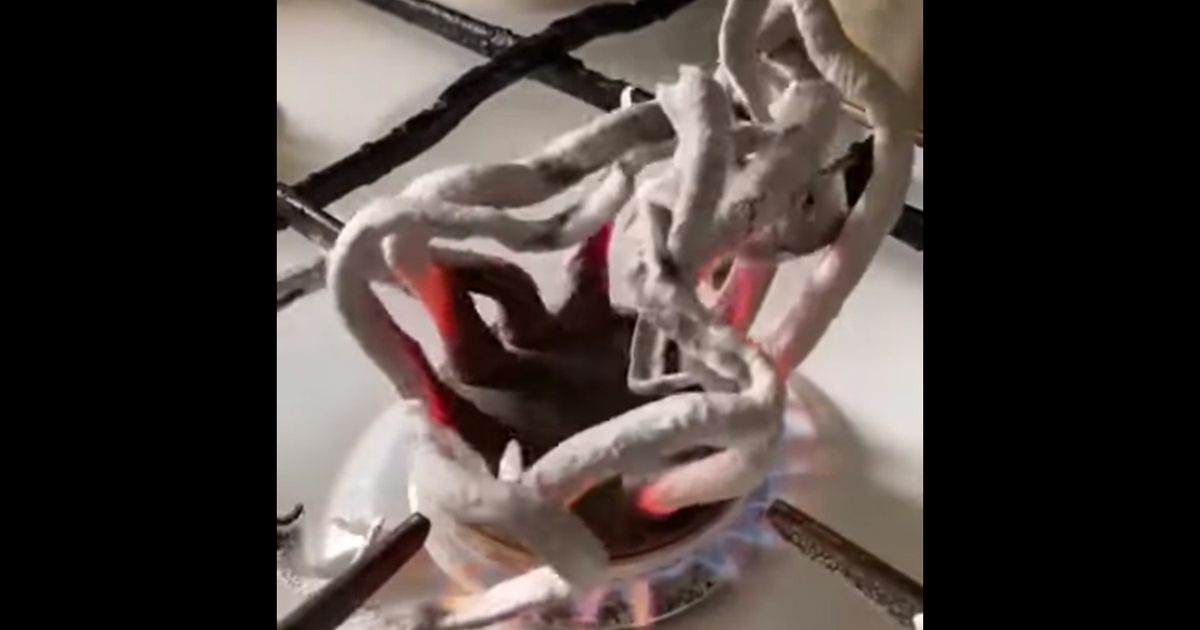 A video on Reddit claimed to show pills burning on top of a stove and they turned out to be calcium gluconate from Russia.

Claim:
A video shows pills growing into a snake-like form as they burn on top of a stove.
Rating:

The video was real and had been sped up to last only 15 seconds instead of several minutes.

On Jan. 31, 2022, Reddit user OmarKage reposted a video on the r/Damnthatsinteresting subreddit that showed 10 pills burning on top of a stove. It appeared to have been posted after a Twitter account had uploaded it hours earlier.

The oldest version of the video that we were able to find was from April 15, 2021. However it didn't appear to be the source, which might have been a Snapchat story:

The speed of the video had clearly been increased, as readers could see by looking into the reflection of the top of the pan in the background, which showed a person quickly moving around. The clip only lasted 15 seconds, but its original speed likely lasted several minutes.

While we weren't yet able to find information on the source of the video, we were able to establish that it was authentic in what it showed. Reddit commenters were able to figure out that the pills burning on the stove matched other videos of experiments with calcium gluconate. It is used to treat calcium deficiency.

According to a video from MEL Science, which offers educational resources in the U.S. and U.K., a "gluconate snake" can be created with calcium gluconate:

A YouTube account named NileRed Shorts uploaded a short video trying the same experiment with calcium gluconate pills being burned on top of a stove. "It breaks down into calcium oxide, carbon dioxide, and carbon, and it grows as a weird snake thing," the narrator said.

We found yet another video on the Danilaev RV YouTube channel.

In sum, the sped-up video that was posted to Reddit that showed pills burning on top of a stove was real, as were other clips of the same experiment that we found on YouTube.