"Bison bones were used in refining sugar, and in making fertilizer and fine bone china." 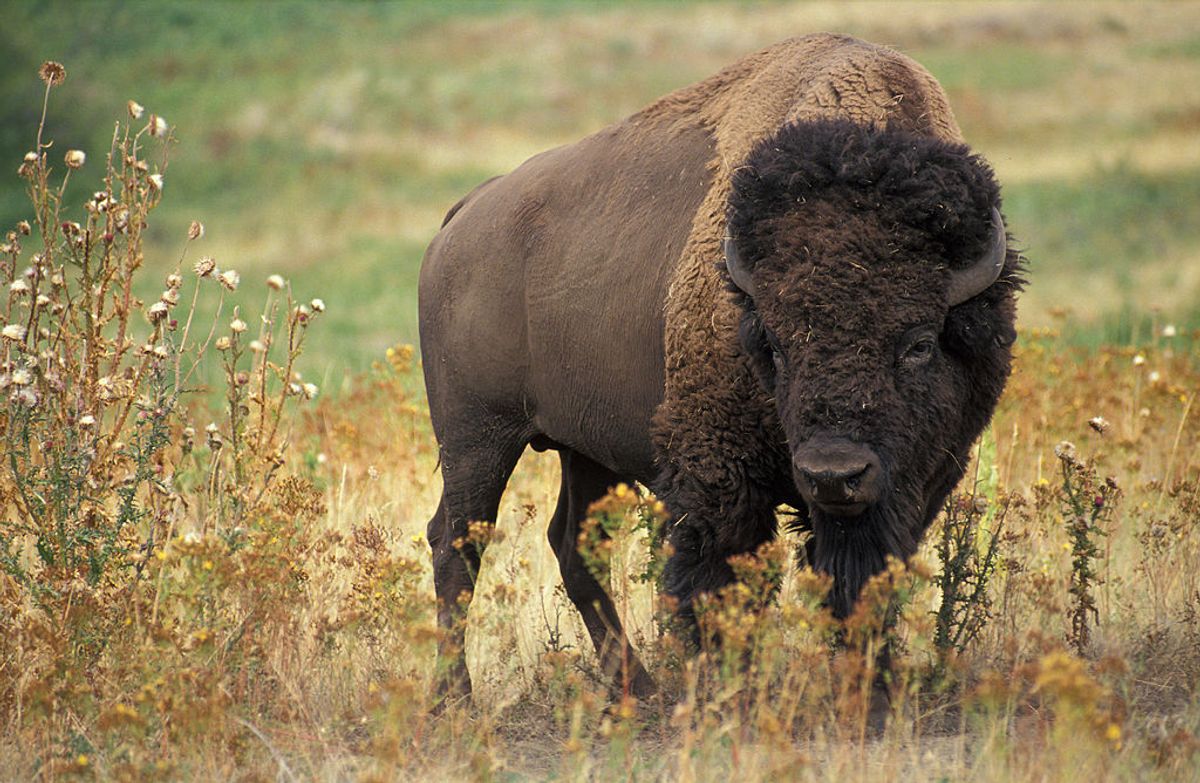 Claim:
A photograph shows a man standing on top of a towering pile of bison skulls.
Rating:

A photograph showing a man standing on top of a large pile of bison skulls has been circulating around the internet for several years. The above-displayed version was shared to the "Transcend Politics, Embrace Humanity" Facebook page on 31 January 2016, along with a quote from American biologist Victor Scheffer: "Although nature needs thousands or millions of years to create a new species, man needs only a few dozen years to destroy one": The above-displayed photo and quote are both real. The image, which was archived in the Burton Historical Collection at the Detroit Public Library, was taken in 1892 in Rougeville, Michigan:

Man stands on top of enormous pile of buffalo skulls; another man stands in front of pile with his foot resting on a buffalo skull; rustic cage is at foot of pile. Handwritten on back: "C.D. 1892 Glueworks, office foot of 1st St., works at Rougeville, Mich." While the Burton Historical Collection does not specifically state what the bison bones in the above-displayed picture were used for, it's likely that they were ground down into fertilizer. The US Fish & Wildlife Service says that bison bones were used in "refining sugar, and in making fertilizer and fine bone china":

Homesteaders collected bones from carcasses left by hunters. Bison bones were used in refining sugar, and in making fertilizer and fine bone china. Bison bones brought from $2.50 to $15.00 a ton. Based on an average price of $8 per ton they brought 2.5 million dollars into Kansas alone between 1868 and 1881. Assuming that about 100 skeletons were required to make one ton of bones, this represented the remains of more than 31 million bison.

The quote accompanying the photograph is also real, although it wasn't originally attached to the picture of bison skulls. It originally appeared in the 1983 book Spires of Form: Glimpses of Evolution by American biologist Victor Scheffer.

National Geographic's page on the American Bison states that nearly 50 million bisons were killed by settlers in the 19th century for a variety of reasons, including depriving Native Americans of an important natural asset:

Bison once covered the Great Plains and much of North America, and were critically important to Plains Indian societies. During the 19th century, settlers killed some 50 million bison for food, sport, and to deprive Native Americans of their most important natural asset. The once enormous herds were reduced to only a few hundred animals. Today, bison numbers have rebounded somewhat, and about 200,000 bison live on preserves and ranches where they are raised for their meat.