Does This Video Show a Pigeon Saluting Vladimir Putin?

A video of a pigeon that appeared to salute Russian president Vladimir Putin was merely a sly joke. 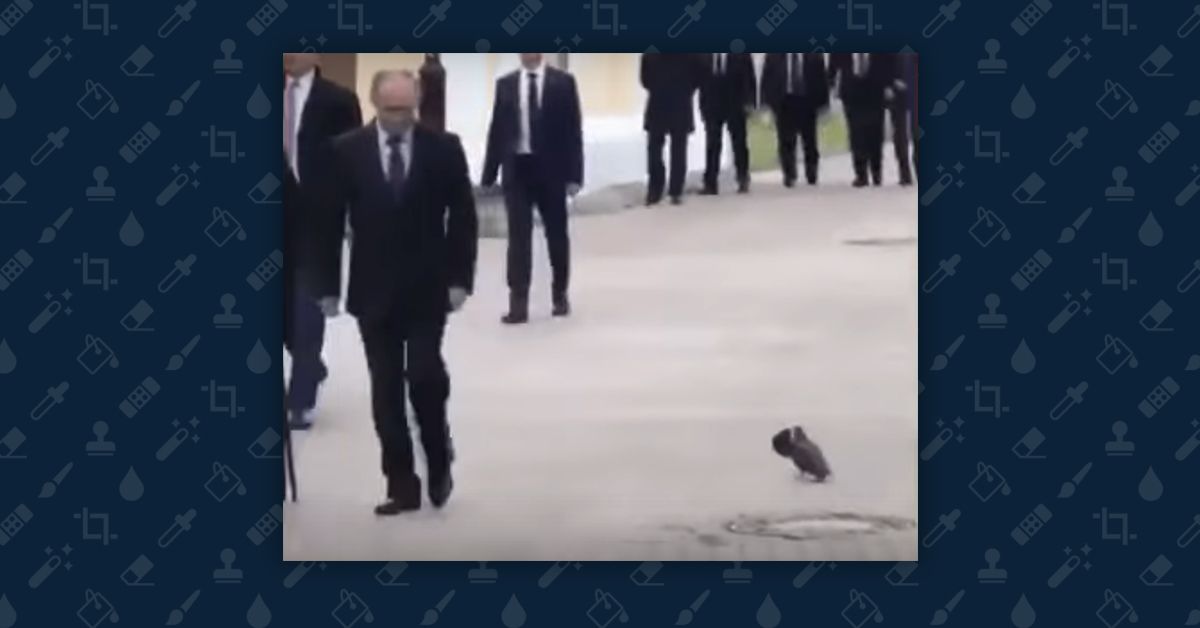 A video purportedly showing a pigeon raising its wing as if it were "saluting" Russian President Vladimir Putin spread on social media on 1 June 2017:

Setting aside the fact that this pigeon most likely does not recognize Vladimir Putin or know how to salute, we still know the winged motion shown in this footage is fake.

In fact, Ruptly TV, RT's Berlin-based video news agency, posted the original footage YouTube TV along with a message explaining how the pigeon had given Putin the cold shoulder:

Russian President Vladimir Putin was ignored by a humble pigeon, while walking in the grounds of the Rogozhskaya Zastava Spiritual Centre, Moscow, on Wednesday.

As the president greeted the little bird, it simply wandered away from his waving hand.

The original video simply showed Vladimir Putin and an uninterested pigeon passing each other on the streets of Moscow: