Is This Pic of 'Fat' Trump on a Golf Course Real?

Three very subtle edits were made to this photograph. 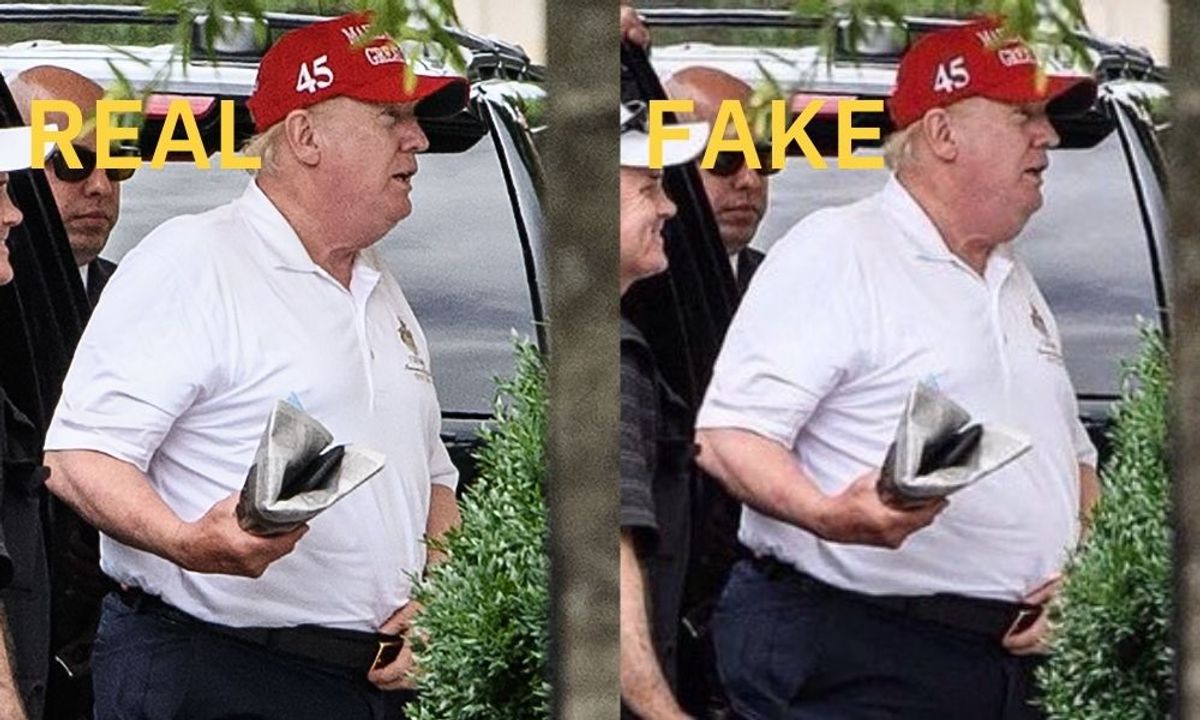 A picture that supposedly showed U.S. President Donald Trump as he stepped onto the golf course was widely circulated on social media in late 2020 along with remarks about the president's weight: While Trump really did golf over the Christmas holiday, this is not a genuine photograph from that trip. This picture has been subtly edited to make Trump appear fatter.

The photoshopped picture above was created from a June 28 photograph by Nicholas Kamm of the AFP that showed Trump upon his return to the White House after a golf trip at Trump National Golf Club in Virginia. Here's the original photograph: While it may seem at first glance that these two pictures are the same, a few subtle edits were made to the "inflated" image to make Trump appear especially obese. If you take a close look at Trump's neck, his posterior, or his belly, you can see that picture image was doctored. Below are the pictures side by side. The real photograph is on the left. The doctored one is on the right. We aren't sure who created the "inflated" image of Trump on the right. However, it is reminiscent of a fake photograph of Trump's sons, Eric and Don Jr., that went viral in 2017. That fake photograph, which was created by comedian Vic Berger, used subtle edits to make Trump's sons appear "ugly" or "grotesque."