Is this a Kayaker Paddling Through a Pod of Orca Whales?

A painting by a Canadian artist is often mistaken for a photograph. 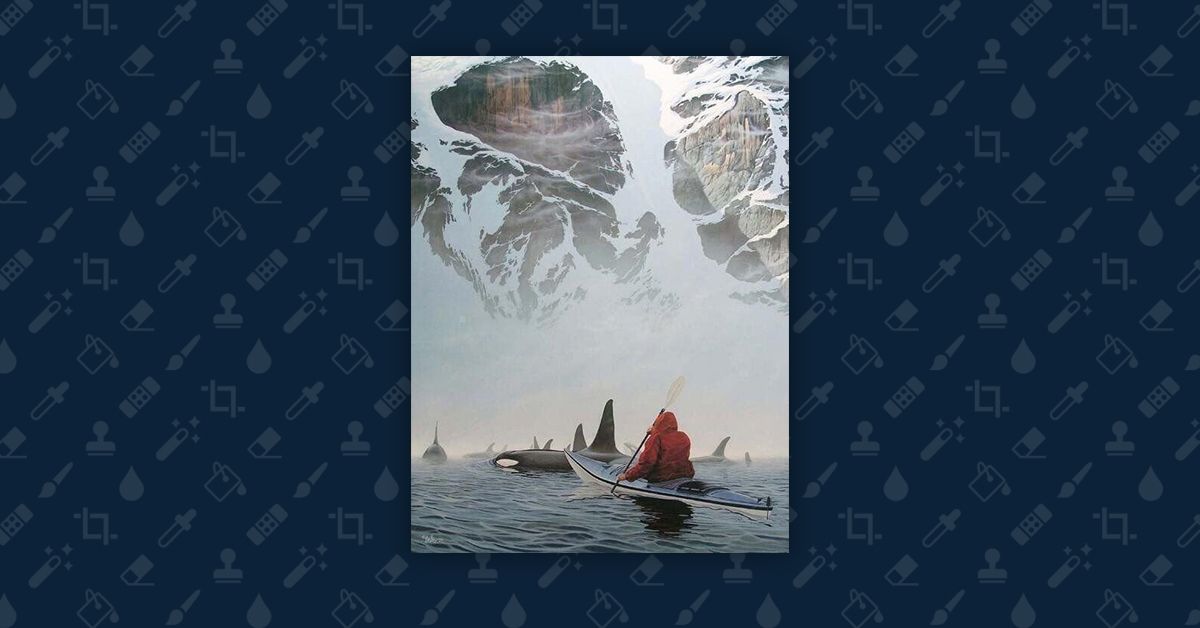 Claim:
A photograph shows a kayak near a pod of orca whales.
Rating:

An idyllic-looking image of a kayaker among a pod of orca whales is frequently circulated online as if it were a genuine photograph: In fact, the image is a painting called "Acceptance" by artist Christopher Walker.

Twitter accounts such as "Wow Pics of Life" that posted the painting cropped out the artist's signature, which can be seen in the full-size version on the web site "Art Country Canada": Several of Walker's paintings feature orca whales and other marine life. Here are look at a similar painting called "Balance":

Walker says of his work:

"The force which binds my concepts as a perceptual realist stems from my observations of contemporary human civilization and its relevance to the natural world. All subjects are bound together with metaphoric juxtaposition to render an enigmatic association giving the narrative of each image a subjective conclusion. The intent is to create a neutral platform of description as to the statement being made within the composition.

My interest in environmental sciences has always been the nucleus on my creativity. I base my artistic expression on what I have experienced on this subject as well as combining the contemporary condition of human civilization in the 21st century. My goal is to depict human relevance to the environment from the perspective of modern culture"

Images of orcas are popular on the internet, though it can be difficult to discern which ones are authentic. In the past, we've covered images showing Orcas jumping surprisingly high out of the water (true), a killer whale snatching an unsuspecting beach-goer from the shore (false), and an orca attacking a bear from a fresh water river (also false.)