'Scarcity' Image of Woman in Shopping Aisle Not Taken in Venezuela

A photograph purportedly showing a woman walking down a deserted shopping aisle in Venezuela was actually taken in New York in 2011. 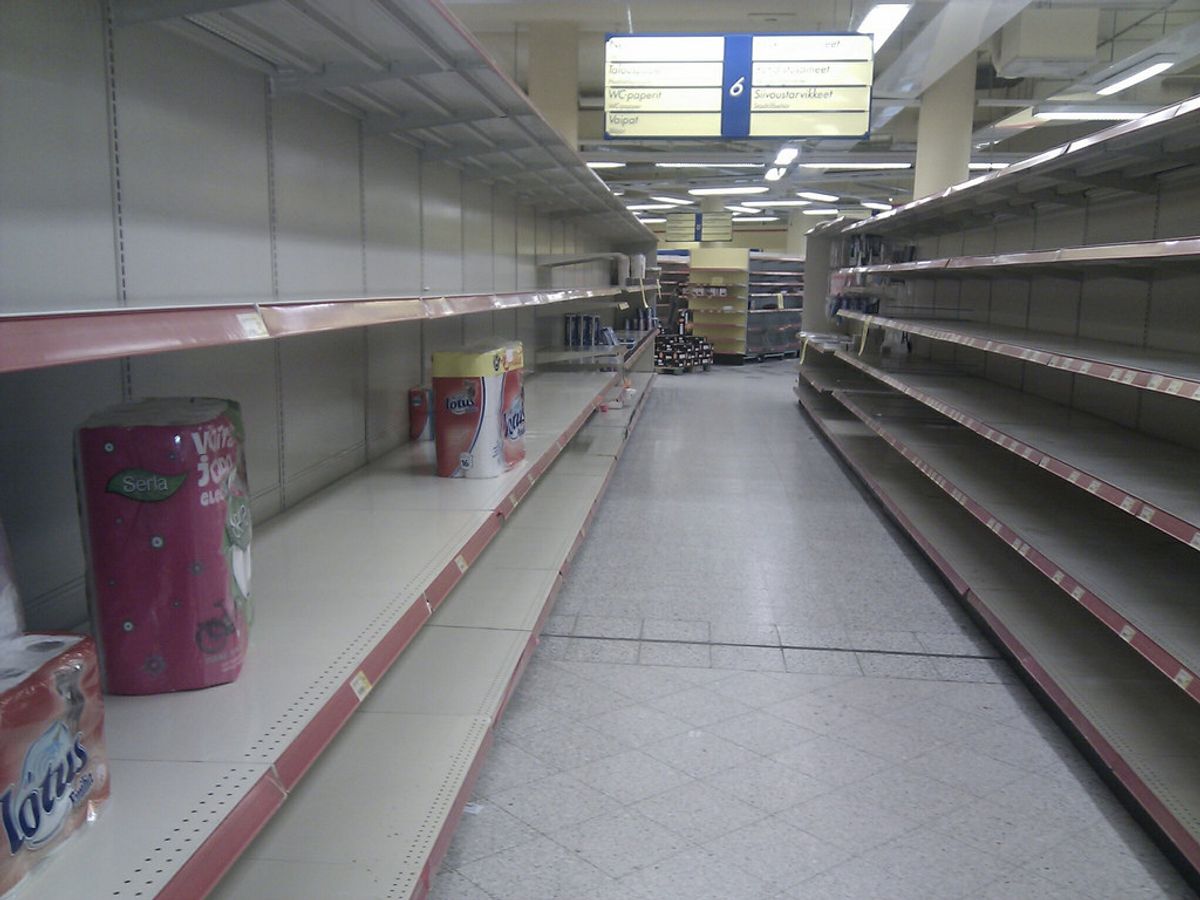 Claim:
A photograph showing a woman walking down a nearly empty supermarket aisle was taken in Venezuela.
Rating:

A photograph showing a woman walking down a nearly empty shopping aisle is frequently shared on the internet along with the claim that it was taken in Venezuela and used to illustrate food and water scarcity there.

While by many accounts basic goods are increasingly scarce in Venezuela, and the above-displayed image is real, the two aren't actually related. This photograph was actually taken in New York in August 2011 during Hurricane Irene.

Examining the photograph closely yields several clues that it was not taken anywhere in Venezuela. For example, the prices on the store shelves are clearly labeled with American currency and not the bolivar. A sign in the background of the image is also written in English, not Spanish: A shopper passes by empty shelves while looking for bottled water at a Stop and Shop at Rockaway Beach in New York, August 26, 2011.

The English-language sign was eventually cropped out of the photograph, and a lower-resolution version of the image started circulating on Spanish language blogs along with the claim that it was an image taken in Venezuela. The photograph was then picked up by several newspapers, including El Nacional, Prensa Libre, and ElSalvador.com, and used to illustrate the country's economic crisis.

While it's true that Venezuela was reported to be on the "brink of economic collapse," in 2016, the above-displayed image does not accurately illustrate the financial troubles of the country, but instead the effects of an impending hurricane in the United States.