Is This a Real Photo of a 'Flying Bum' Hybrid Airship? 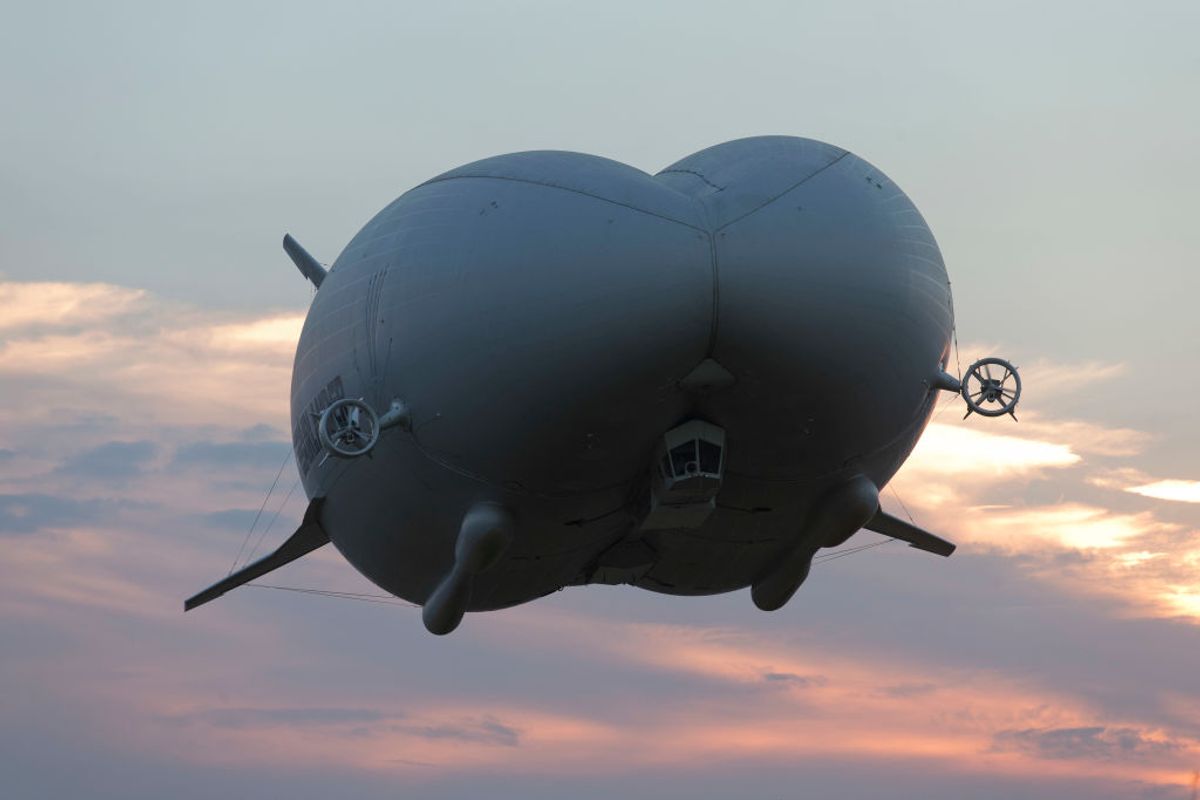 In January 2023, a photograph of an airship went viral for, well, obvious reasons:

It's a real picture of the Airlander 10 airship, developed by the British company Hybrid Air Vehicles (HAV), which is currently in development. A photograph from a similar angle, showing the same, human anatomy-adjacent features, can be viewed on the journalistic stock image site Getty Images.

For reasons that are likely obvious to some, and are soon to be obvious to the rest, the airship has been nicknamed "the flying bum."

Its shape may make for some decent online jokes but actually serves a purpose. A 2016 BBC report on the Airlander's development notes that up to 40 percent of its lift comes from air flow over its aerodynamic shape. The aircraft, according to the BBC, is 320 feet long.

Although not in service yet, Hybrid Air Vehicles projects that starting in 2025, the Airlander 10 will be able to ferry passengers in short, inter-city sprints and replace some short-distance airline travel, which would reduce CO2 emissions. Doing so would be beneficial to the environment. Example routes would be Belfast to Liverpool and Seattle, Wash., to Vancouver, B.C.

According to technology news site The Verge, the airship was first developed by the U.S. military for surveillance and reconnaissance purposes, but the project was shelved due to budget cuts. Hybrid Air Vehicles purchased the prototype, but retired if after a few mishaps, including what may be the most serene, or depending on your perspective, agonizingly slow aircraft crash. The company said no one was injured in the "crash."

The Airlander 10 is lifted by helium, a stable gas that is not flammable. That should comfort those who remember the most famous dirigible disaster in history, the Hindenburg explosion. The German airship, which erupted into flames in 1937 in New Jersey, was filled with the flammable gas hydrogen.