No, This Photo Isn't Evidence the Moon Landing Was Staged

A photograph of Neil Armstrong and Buzz Aldrin taken months before the Apollo 11 moon landing has been taken out of context. 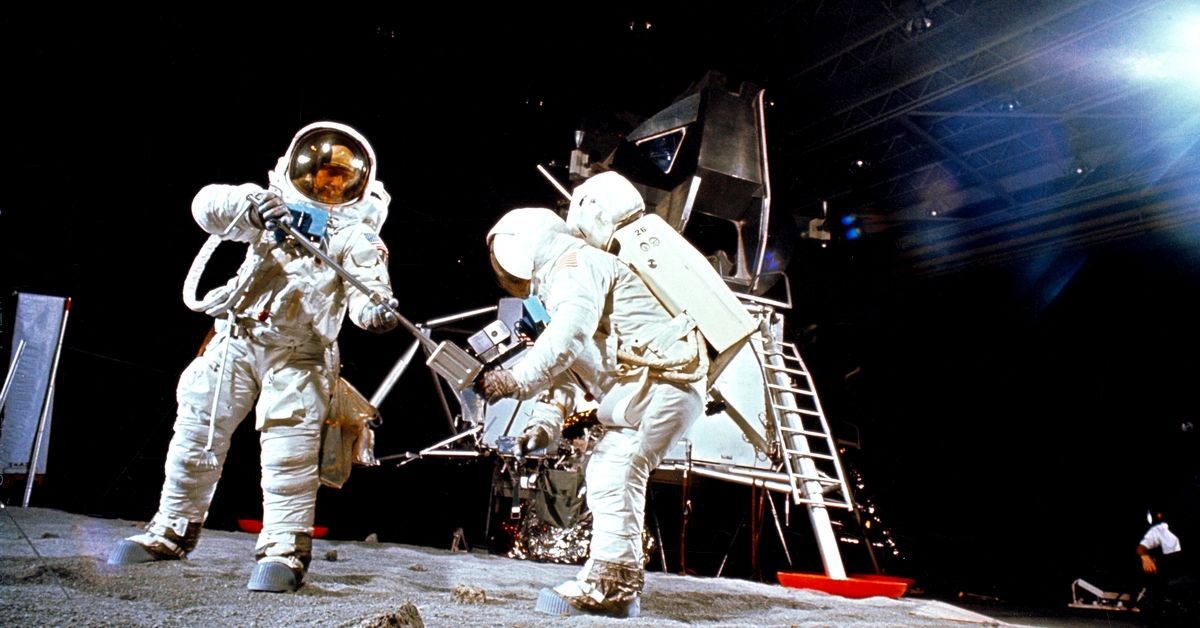 Claim:
A photograph of astronauts Neil Armstrong and Buzz Aldrin proves the 1969 moon landing was faked because a ceiling is visible in the background.
Rating:

In July 2022, some social media users shared a copypasta meme that alleged the Apollo 11 moon landing was faked, as evidenced by a ceiling visible in a photograph of the astronauts who famously walked on the moon in 1969.

The meme contained text that read, "Found this book at the book store on the moon landing ,funny you can see the ceiling of the stage they recorded on lol," and a picture of astronauts Buzz Aldrin and Neil Armstrong in space suits. Here is a screenshot of the post on Facebook, with the Facebook user's name cropped out for privacy: The post doesn't state which book the image was found in, and it leaves out key context. Although it's true that a backdrop, perhaps the ceiling, is visible in the photograph, no one ever claimed it was taken on the moon.

The lunar landing was the first time humans set foot on the moon so it makes sense that they would have practiced beforehand — and that's exactly what the photograph shows. According to NASA, the image was taken ahead of the mission, in April 1969, and depicts Armstrong and Aldrin wearing their extravehicular mobility units (EMUs, or spacesuits) as they "completed a 2.5-hour simulation of activities such as collecting rock and soil samples and deploying scientific instruments that they will perform on the lunar surface."