Does This Photo Show a Hole Drilled on Mars?

The diameter was said to measure slightly smaller than a U.S. dime. 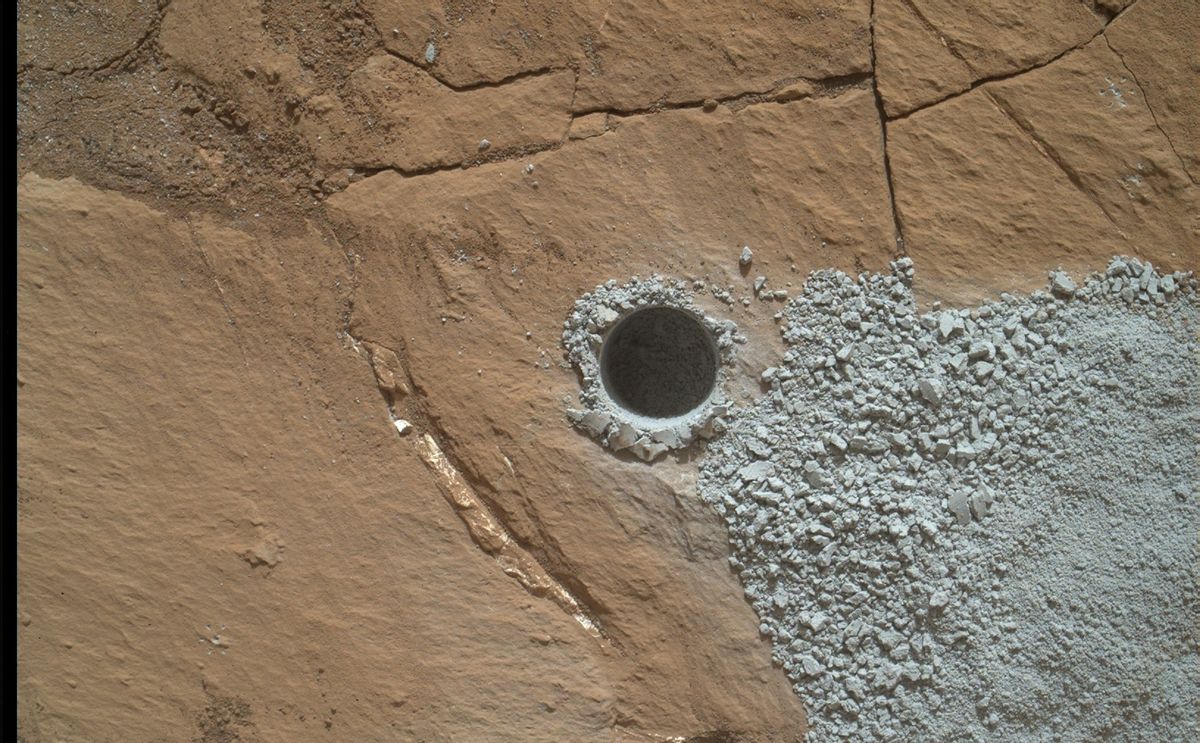 The mission of NASA’s Mars Curiosity rover is to determine whether the red planet was ever home to life, microbial or otherwise. To fulfill this scientific expedition, the Martian robot drills a lot of holes. Thirty-two holes, to be exact.

One such coin-sized hole was featured in a photograph posted in 2020 on Reddit, where it received more than 120,000 upvotes. It was widely circulated again when a Twitter user reposted it to the social media platform and received nearly 20,000 likes.

A reverse-image search revealed that this is a genuine photograph. The hole was drilled by NASA’s Curiosity Mars Rover to collect materials from a rock target called “Buckskin” on July 30, 2015.  The Mars Science Laboratory mission’s Curiosity rover landed on the red planet on Aug. 15, 2012, and has been collecting samples, measurements, videos, and photographs to be sent back to Earth for future study. As of this writing, it has collected more than 901,000 raw images.

The photograph was published to the internet on Aug. 4, 2015, and described as follows by NASA:

The rover took this image with the Mars Hand Lens Imager (MAHLI) camera, which is mounted on the same robotic arm as the sample-collecting drill. Rock powder from the collected sample was subsequently delivered to a laboratory inside the rover for analysis. The rover's drill did not experience any sign during this sample collection of an intermittent short-circuiting issue that was detected earlier in 2015.

The Buckskin target is in an area near "Marias Pass" on lower Mount Sharp where Curiosity had detected unusually high levels of silica and hydrogen.

As such, we have rated this claim “True.”

If you enjoy out-of-this-world journalism, you might enjoy these other space-related stories from the Snopes science section: