Pick Out Your Photo, Send Back the Rest

Woman who demands her photo back receives box of pictures with instructions to pick hers out and return the rest. 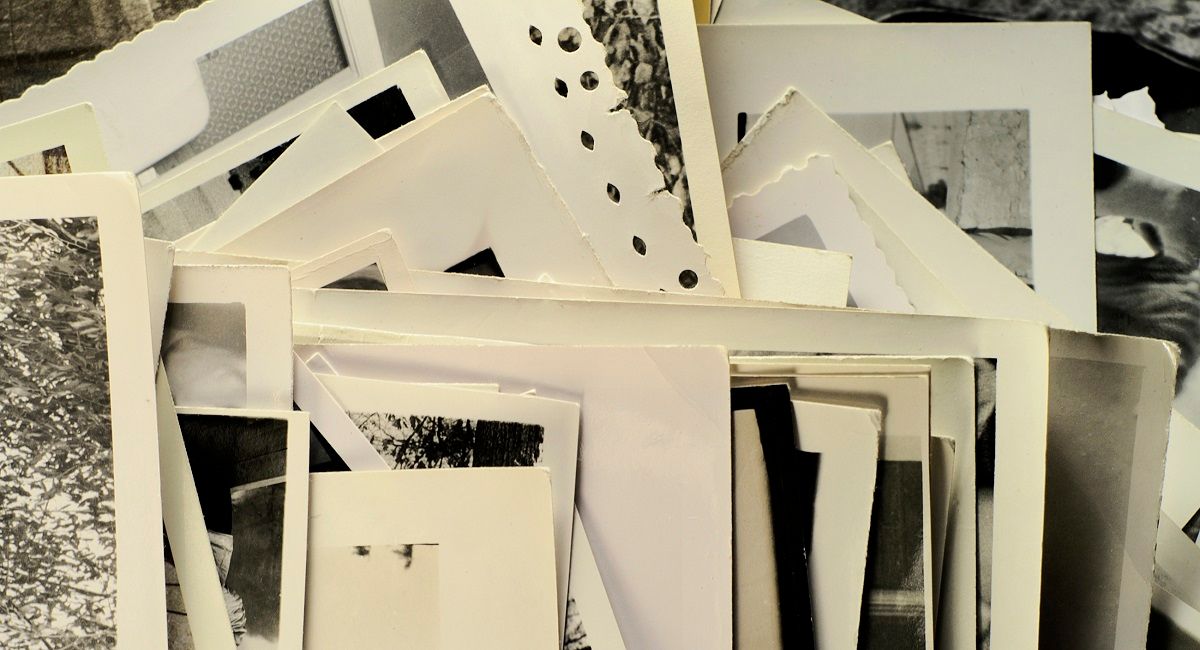 Claim:
Woman who demands her photo back from her boyfriend receives a box of pictures with instructions to pick hers out and return the rest.
Rating:

In 2007 someone posted the following anecdote to the "Revenge" section of a web site dedicated to collecting true tales of relationship break-ups:

While serving overseas for the military, my long-time girlfriend wrote me a letter stating she was in love with someone else and wanted nothing further to do with me. Not only that, but she wanted every gift she had given me back, as well as any pictures of her.

I asked around to all my friends if they had any unwanted pictures of women — anyone and everyone. I sent her all the stupid, mushy gifts she gave me, 50+ pictures, and a letter that read: "Regretfully, I can't remember which one is you. Please keep your photo and return the others."

Other readers quickly noted that this break-up tale was used "in a M*A*S*H episode years and years ago" (i.e., 1981) and therefore "you know it's an old story." Indeed this legend is much, much older than most people realize, having appeared in print a century before it found its way into an episode of M*A*S*H. Although modern tellings of this legend position the heartbroken swain as a lad serving in the military, in earlier forms it lacked any reference to the young man's occupation:

Marshall P. Wilder tells of a quarrel between a couple of his acquaintance who had been engaged for some months. The two lovers since have "made up" but while their quarrel was at its height no recrimination was too severe for either of them to put upon the other.

Of course, the first thing the girl did after the breaking of the engagement was to write to the young man, requesting the return of various souvenirs, and she particularly desired him to send back her photograph, which, she declared in her note, she had given to him "in a moment of girlish folly."

The young man's reply was amusingly cruel. Said he "I regret exceedingly that at present I am unable to find the photograph requested. However, I send you my entire collection of young ladies' photos, numbering some forty or fifty, among which, no doubt, you will find your own. The rest I shall thank you to return by the bearer of this."

She pictured his room with her photograph smiling down at him from over the mantel, while another of her pictures looked demurely at him from a leather case on the dresser.

She could see him often standing in front of her mirrored likeness and making vows of constancy and fidelity. She knew he would rather part with anything he had than those pictures. But they had quarreled and she felt she must ask him to return her photographs and she wrote to him accordingly.

When she received his reply she nearly fainted. Here is what the wretch wrote:

"Dear Mabel: I would like awfully much to return your pictures, but, honestly, you girls all dress and pose so much alike for pictures that I can't tell any two of you apart. If you like I will send you over three or four hundred pictures that I have of miscellaneous girls and you can pick yours out. Hoping this will be satisfactory, I am, sincerely, &c., &c."

Yet even those aren't the oldest sightings of this tale, as this find from 1881 demonstrates:

Not long since, a young lady who had been engaged to a fine young man for some time met a richer person and soon put off the old love for the new. She wrote to the old lover requesting him to return her photograph. Here was a chance for revenge, which he took by sending her the following note: "I would gladly comply with your request, but if I do so it will spoil my euchre deck. I have a collection of photographs which I use for playing cards, and I do not wish to break it by giving away the deuce of diamonds."

In those long-ago versions there was no mention of the jilted lad being a military man, and some of the tellings even presented the warring couple as living in the same town (an assumption garnered from the boy's request in one tale to have the extraneous photographs returned "by the bearer of this"). More recent renditions both position the ditched lover as serving with the armed forces and the couple as separated by considerable distance (usually via his having been posted overseas, often to a war front).

Consider WW-II in the Pacific. Some tiny percentage of Americans there were involved in combat, the rest in a gigantic logistics effort, which usually amounted to three or four years of immense boredom on some island. Girlfriends at home often promised to wait for these GI's and sailors, but one particular girl didn't, and sent her sailor a Dear John letter claiming she was to marry the banker's son in three weeks, and asking him to return her portrait.

The sailor thought about it, and then borrowed a camera, and proceeded to take pictures of all of the ugliest sargeants and naval officers, all of the ugliest island natives, all of the monkeys in the trees, Japanese prisoners etc. etc., and put all of those pictures in a box along with the girl's picture and wrote something like: "Dear Sally Ann, I can't for the life of me remember which of these portraits is yours; could you please take your portrait, and send the others back."

These two seemingly insignificant changes worked to keep the legend current: absent those shifts, a story about an engagement terminated through an exchange of letters sent winging through the mails wouldn't have sounded all that plausible. Yet by presenting the lad as a soldier serving at a distant outpost in some war-torn land, all potential questions that might have served to cast doubt upon the account were quashed; there is no "Do people really break up by letter these days? Why not in person? Why didn't she send him an e-mail? Or phone him?"

THE ULTIMATE RESPONSE TO A "DEAR JOHN LETTER"
You gotta love a man like this ... Humor in the face of defeat.

A Marine was deployed to Afghanistan. While he was there he received a letter from his girlfriend. In the letter she explained that she had slept with two guys while he had been gone and she wanted to break up with him. AND, she wanted pictures of herself back.

So the Marine did what any squared-away Marine would do. He went around to his buddies and collected all the unwanted photos of women he could find.

He then mailed about 25 pictures of women (with clothes and without) to his girlfriend with the following note:

"I don't remember which one you are. Please remove your picture and send the rest back."

Nowadays, the advent of cell phone technology that enables people to keep in constant touch even across the farthest reaches of the globe and digital photography technology that has done away with the concept of each picture's having a single "original" (negative or print) has somewhat lessened the currency of this legend. But despite its considerable age, the story continues to enjoy a robust life as a much passed-along anecdote thanks to its intrinsic message about what many continue to regard as the proper way for a fellow to deal with romantic disappointment. "This is what a real man does," says the tale. "This is how a manly man handles having his heart ripped from his chest and tromped on by the gal he'd given it to: he doesn't break down and cry over her perfidy (especially not in front of his buddies); he instead convinces the world that he never cared all that much in the first place." Real feelings of grief, abandonment, and rejection are squelched in favor of a steely-eyed, lantern-jawed display of bravado.

Just as Aesop's fox makes his peace with having to abandon the luscious grapes hanging beyond his reach by pronouncing them sour, so does this legend counsel a heartbroken man to pretend to the world that he hadn't been that much in love with the gal who'd sent him packing.

Sightings:   In an episode of television's M*A*S*H ("Identity Crisis," original air date 2 November 1981) a wounded soldier reads Hawkeye and Hot Lips a "Dear John" letter he has received from Gloria, his girlfriend back in the United States:

I'm engaged to Rob Webster. I doubt you know him, but perhaps you've heard of his family. They own the bank. I'm sure you can understand why it would be best if prominent people like that didn't know about my relationship with you. If you really do care about me, you won't mind sending back my picture.

Hawkeye responds by cooking up and implementing a revenge scheme on behalf of the jilted G.I., which he presents as shown in the following video clip: