Did a Photograph Capture a Dolphin Stuck in Hurricane Dorian's Winds?

You could say this photograph keeps blowing its way around the web. 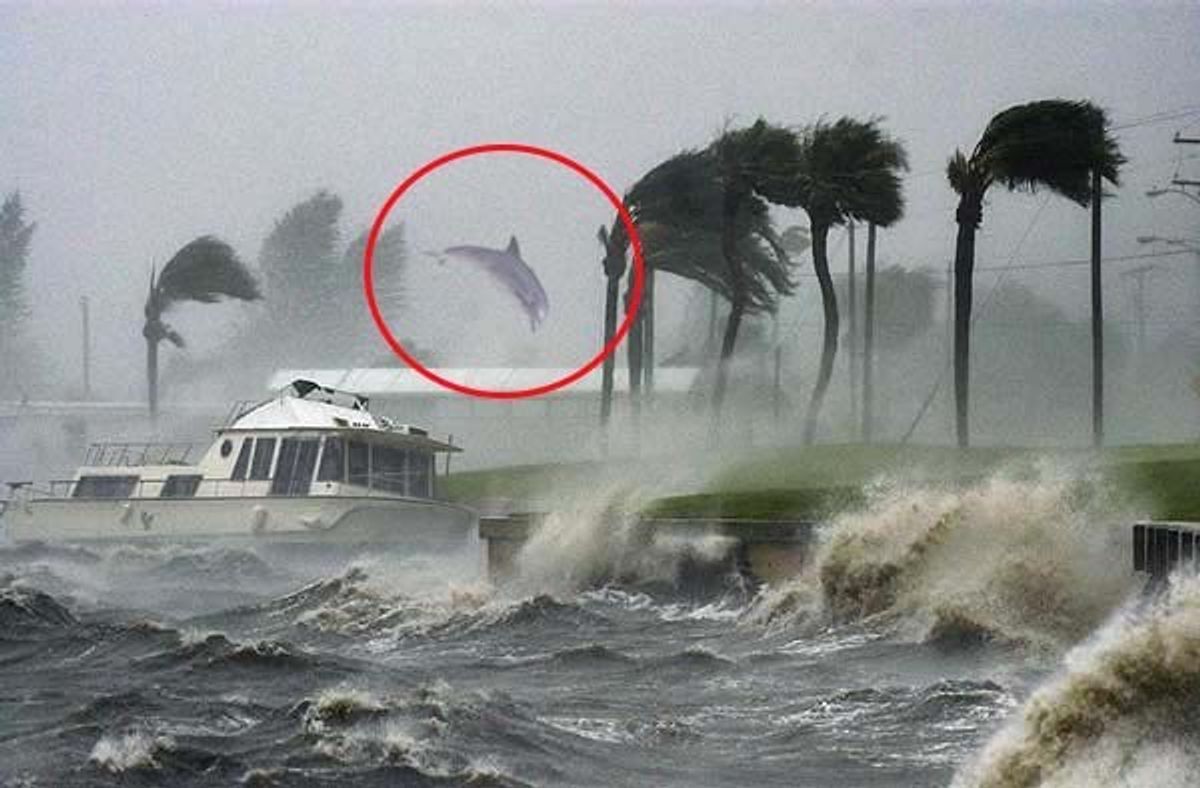 Claim:
A photographer captured an image of a dolphin caught in strong winds from Hurricane Dorian in September 2019.
Rating:

In September 2019, an image supposedly showing a dolphin caught in the strong winds of Hurricane Dorian circulated on social media: This is not a genuine photograph.

We previously addressed this image back in October 2016 when it was shared as if it depicted a dolphin caught in the strong winds of Hurricane Matthew. Regardless of which hurricane this dolphin was reportedly caught in, this is a doctored photograph.

The picture was created by the satire website People of Lancaster. It is based on a genuine photograph (sans dolphin) of Hurricane Frances that was taken by Associated Press photographer Douglas Clifford in 2004.

Here's a look at the genuine photograph (left) and the doctored image (right):

The genuine photograph is available with the following caption via the Associated Press:

A house boat is swept into a sea wall off its mooring Saturday, Sept. 4, 2004, as wind and waves from Hurricane Frances pound the Village of Ocean Breeze in Jensen Beach, Fla. (AP Photo/St. Petersburg Times, Douglas R. Clifford)

The People of Lancaster originally shared this image as if it were taken during Hurricane Matthew in 2016. Three years later, however, the site republished the article swapping "Hurricane Matthew" for "Hurricane Dorian."