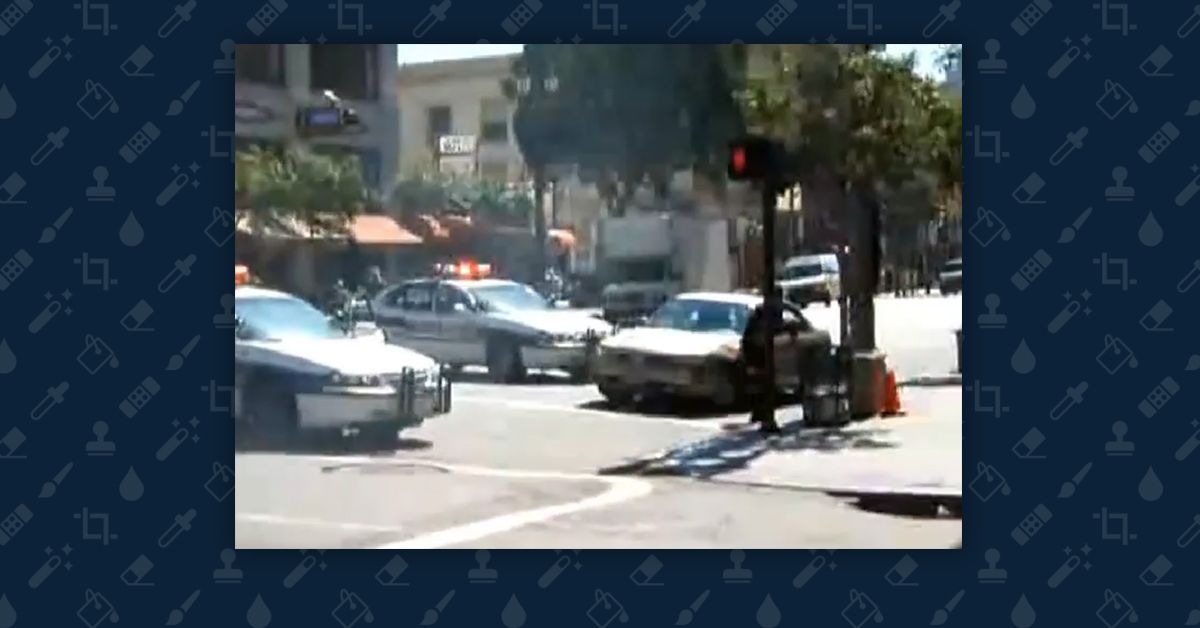 The video clip displayed below typically circulates under titles such as "World's Dumbest Cops" or "Dumbest Cops in the World," and a superficial viewing might support that characterization: The video shows several masked men carrying bags running out of a building (presumably a bank) and piling into their getaway car; even though two police patrol cars immediately arrive and bookend the vehicle, the cops burst out of their cars and cluelessly run into the bank, completely ignoring the getaway car and allowing the crooks to drive leisurely away from the scene:

However, some obvious clues (such as the background sounds of a director calling out instructions through a megaphone) give away that this clip isn't quite on the level, but rather was part of a 2007 commercial shoot, captured by an observer sited at a distinctly different angle than the main cameras and lacking post-production effects found in the finished version (such as the sounds of police radio chatter and helicopters). The completed video reveals it to be an advertisement for the 2008 Chevy Malibu, which featured the tag line "... soon there will be a car you can't ignore":