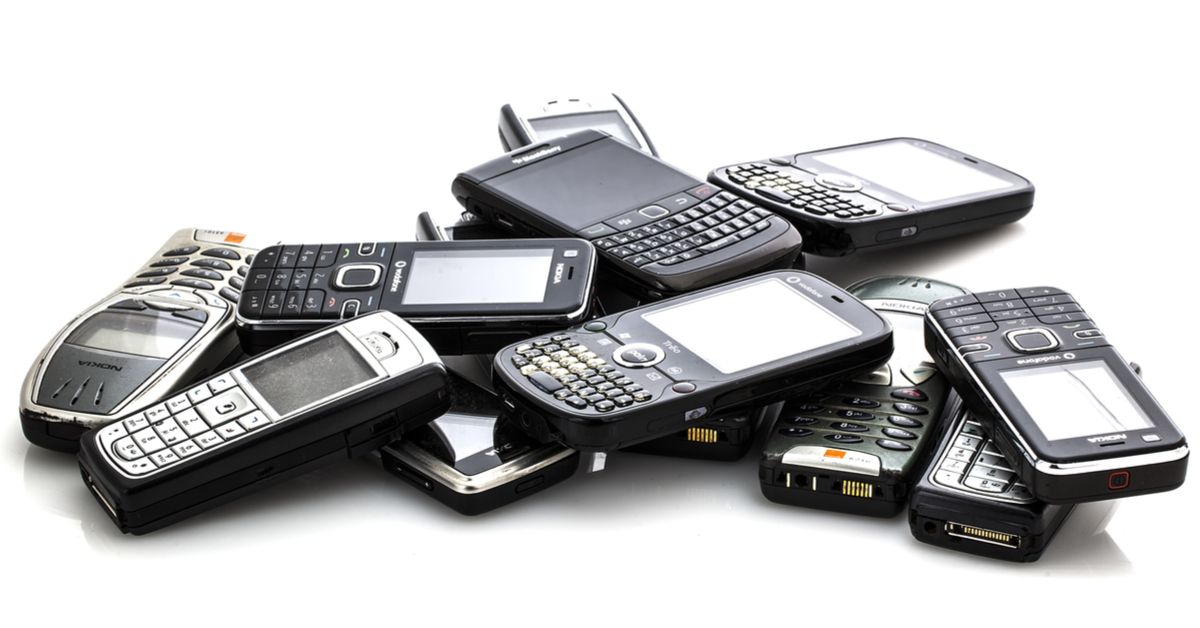 The Obama administration did not create a program to provide free cell phones and service to welfare recipients.

As cell phone usage has increased and cell phone service fees have dropped, the Lifeline program has been expanded to include wireless technology. Prepaid cell phone companies have spun off government-approved subsidiaries (such as Safelink Wireless, Assurance Wireless, and Reachout Wireless) to specialize in providing Lifelife-covered telephone services to qualifying participants:

Have you heard this one? THE OBAMAPHONE

Actually in the state of Wisconsin it is 250 minutes of Free Air Time and they are running TV ads promoting it. No Bull

Just when you think you've heard it all,, our illustrious Congress quietly comes up with a new zinger to put their hands in your pockets, and pick them while you aren’t watching.

I was standing in line at the checkout counter at Wal Mart and as I looked at the line behind me, I saw a couple of people talking about what looked like identical new cell phones, bragging about the fact that their phones were free and so was the airtime.

The woman in line behind me had heard the same exchange and turned to the young man behind her and asked, "Is that a new type of cell phone?"

The young man replied, "Yes, this is my new 'Obama phone'".

She asked him what an "Obama phone" was, and he went on to say that, "Welfare recipients are now eligible to receive" what he described as (1) a FREE new cell phone, and (2) approximately 70 FREE minutes of air time every month.

Needless to say, I was a little skeptical about his answer, so when I got back home, I 'Googled' it, and lo and behold, he was telling the truth.

This was what I discovered:

SafeLink Wireless is a government supported program that provides a free cell phone and airtime each month for income-eligible customers.

In other words, your tax dollars are being distributed to a wireless phone provider to provide welfare recipients with free cell phones and airtime.

I don't know about you, but as for me, enough is enough. We are $14 Trillion in debt, Congress is balking at continuing unemployment payments to those who want to work, and Congress is increasing the dole-out to dead beats.

The ship of State is sinking, and it's sinking fast. The old concept of getting ahead through hard work has flown out the window. It has been replaced by Obama's and Congress' idea of "Hope and Change." The country has changed all right, changed to "Why should I work for it, when I can get it for free?"

Here's another Obama program that we taxpayers are footing the bill for.

I had a former employee call me earlier today inquiring about a job, and at the end of the conversation he gave me his phone number. I asked the former employee if this was a new cell phone number and he told me yes this was his "Obama phone." I asked him what an "Obama phone" was and he went on to say that welfare recipients are now eligible to receive (1) a FREE new phone and (2) approx 70 minutes of FREE minutes every month. I was a little skeptical so I Googled it and low and behold he was telling the truth. TAX PAYER MONEY IS BEING REDISTRIBUTED TO WELFARE RECIPIENTS FOR FREE CELL PHONES. This program was started earlier this year. Enough is enough, the ship is sinking and it's sinking fast. The very foundations that this country was built on are being shaken. The age old concepts of God, family, and hard work have flown out the window and are being replaced with "Hope and Change" and "Change we can believe in."

From that basic framework, rumors like the ones encapsulated in the Examples cited above have circulated, claiming that "the Obama administration created a program to give free cell phones paid for by taxpayer money to welfare recipients."

All the elements of such statements are erroneous or exaggerated: