Undated and unverified surveillance video supposedly showed former 'The Voice' star CeeLo Green falling to the ground when a mobile phone exploded in his face. It was actually a clip from a music video he was shooting. 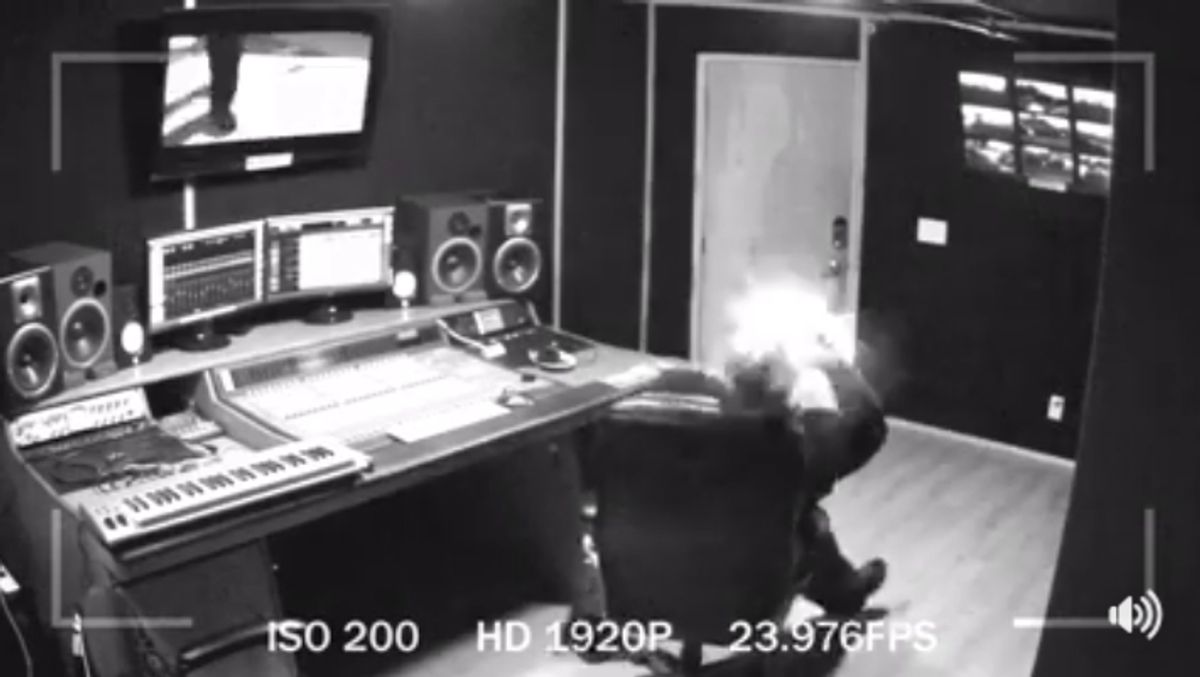 Claim:
Singer and former "The Voice" star CeeLo Green was injured in a mobile phone explosion captured on video.
Rating:

On 17 December 2016, a video purportedly showing a mobile phone exploding in the face of "Forget You" singer and former Voicecoach CeeLo Green was uploaded to the Internet and went viral via social media. In the video, a male subject who looks very much like CeeLo Green is seen sitting at a console in a sound mixing studio and speaking on what appears to be a smartphone, when the device suddenly seems to to explode in his face, knocking him to the floor:

However, the video wasn't clear enough to conclusively identify the subject as CeeLo Green, nor to verify that the explosion depicted was real. There was no date stamp on the footage, and apart from a caption claiming that Green was injured by an exploding cell phone, the clip included no information about when or where the alleged incident supposedly occurred or what the status of the injured party may have been.

It was also unclear what brand of phone the subject is using. Earlier this year, Samsung recalled their Galaxy Note 7 smartphone due to a battery issue that was said to pose a fire threat, but it was impossible to tell whether that's the device seen in the video.

A popular Internet theory held that the video was a publicity stunt timed to tease CeeLo Green's appearance in the TBN TV Christmas special Because of Bethlehem, scheduled to air the next day:


But around 9 p.m. ET on 17 December, CeeLo posted a video on Facebook explaining the incident, which was not real, and assuring his fans that he was perfectly fine:

"Actually what you saw today was a clip from a smaller video that we were shooting for a new project I'm doing called Gnarley Davidson, and it's supposed to set up and introduce the new character identity, you know what I'm saying? And you know, forgive me y'all. I'm still going to release the music, but first and foremost, for everybody that loves me and cares about me, I just want to let y'all know that I'm okay."