Photograph showing President Bush holding a telephone to his ear upside-down is a manipulated one. 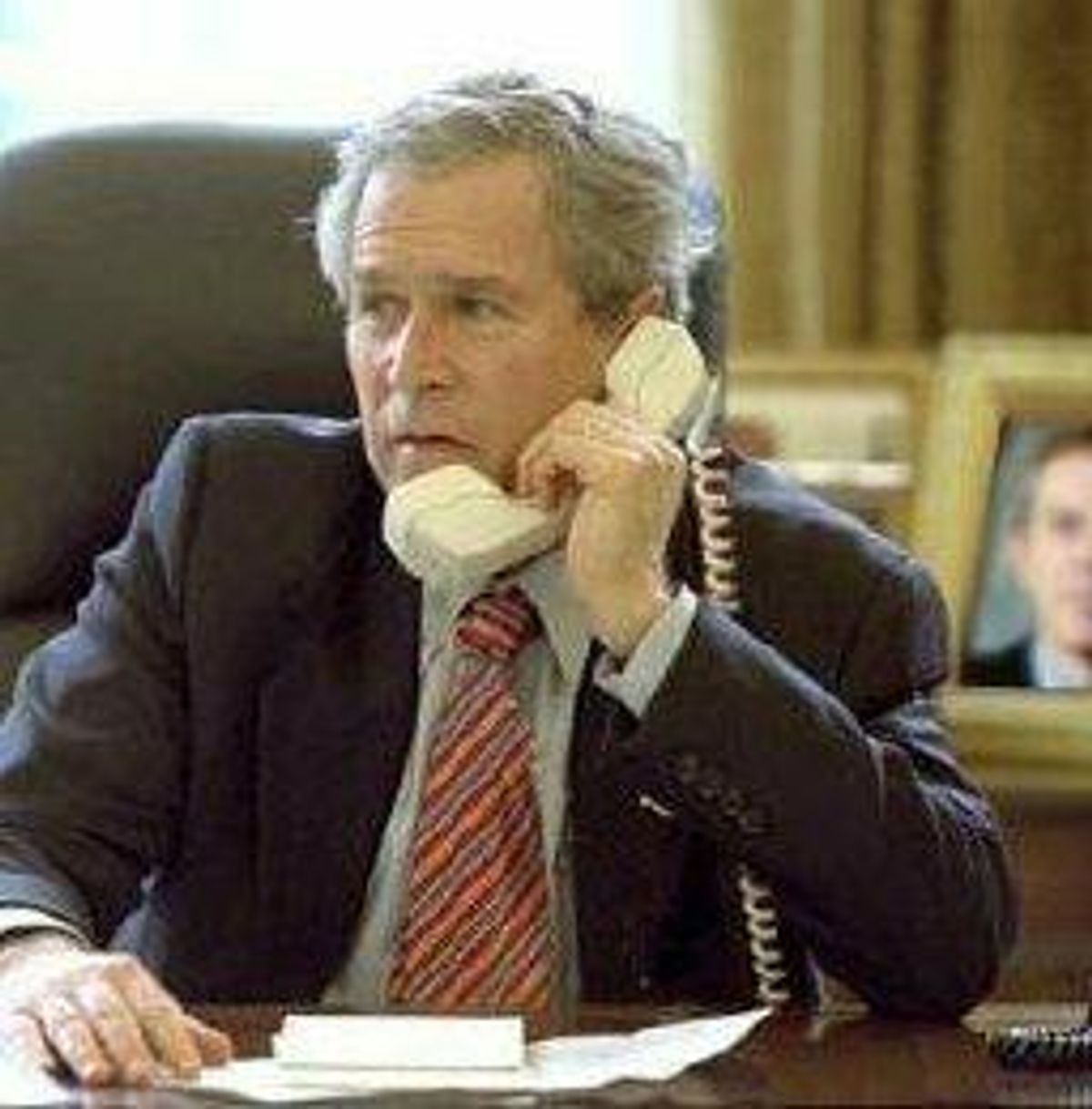 The above-displayed image of President Bush supposedly holding a telephone to his ear upside-down was circulating via e-mail throughout 2005 (usually without comment) until when it began to pick up a variety of captions related to Hurricane Katrina (such as "The slow response to Katrina makes sense now").

In general, we wouldn't expect to see any President caught in an embarrassing pose in what appears to be an official photograph, because the White House simply wouldn't allow the distribution or publication of such an image and would instead select a different shot from the photo session for release. But we don't even have to speculate, because the above-displayed image is clearly a manipulated version of a different photograph in which the telephone has been reversed (and the framed photograph behind President Bush replaced with one of Tony Blair):