Did Children at a Philadelphia Muslim School Sing a Song With Violent Lyrics?

A controversial video prompted concern in April and May 2019. 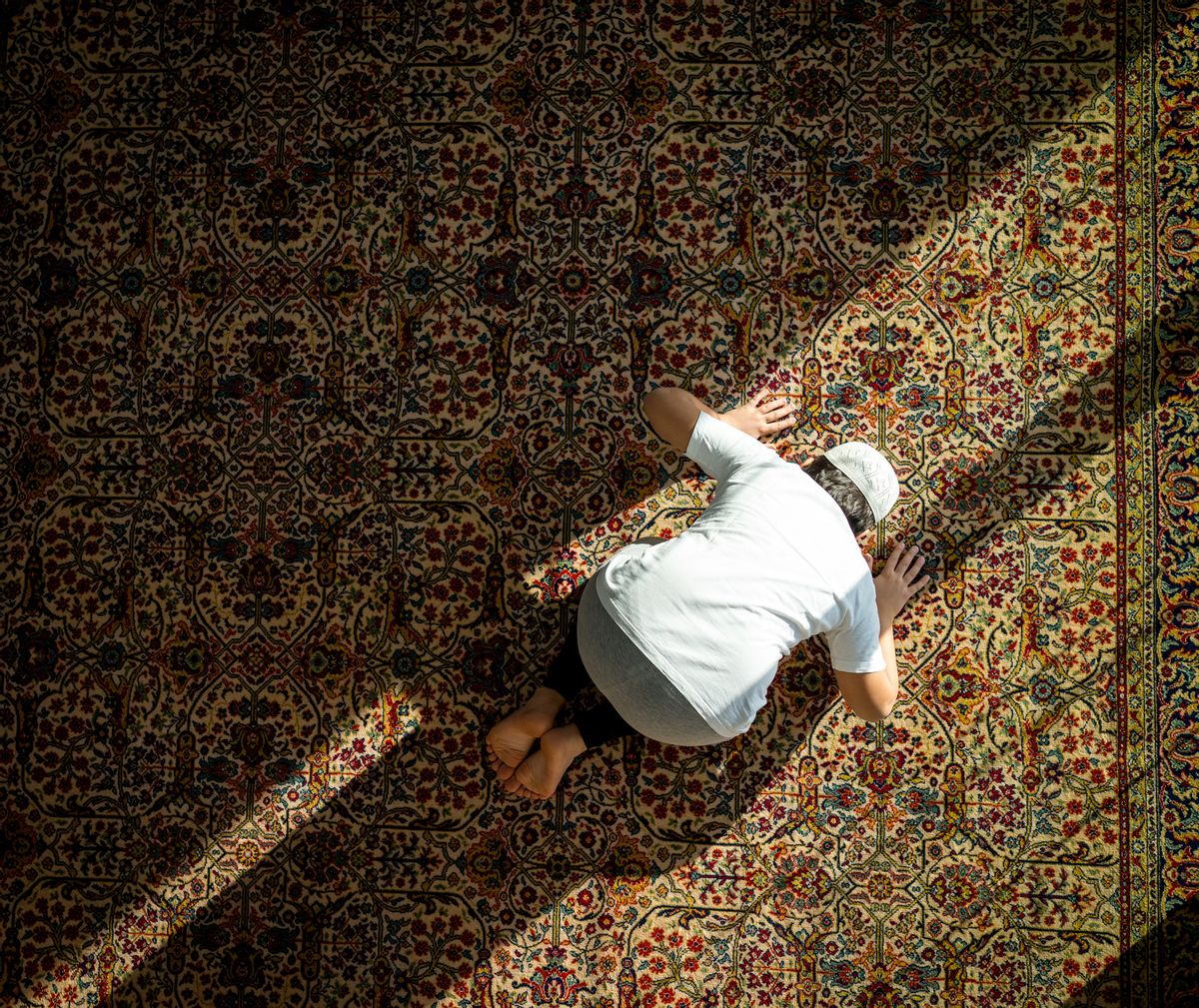 In the spring of 2019, video footage recorded at the Muslim American Society in Philadelphia, Pennsylvania engendered a degree of concern, particularly among right-leaning observers who claimed it showed young children singing songs whose lyrics contained violent imagery.

"Disturbing footage of Muslim kids saying they would sacrifice themselves and kill for the 'army of Allah' surfaced from an Islamic center in Philadelphia...In the video, translated by MEMRI [the Middle East Media Research Institute], kids can be heard singing: 'The land of the Prophet Muhammad's Night Journey is calling us. Our Palestine must return to us.'

On 3 May, MEMRI posted portions of the edited video footage along with English subtitles. According to MEMRI, the footage was first published on the Facebook page of the Muslim American Society (MAS) in Philadelphia on 22 April, but that Facebook page was no longer available on 7 May, so we were unable to access the original video footage.

However, in a press release on 3 May, MAS said the performance was the result of an oversight, and that it "rejects a statement" made in the video, though the press release did not specify which one:

"The Muslim American Society rejects a statement made at an event held in April at a local community center in Philadelphia. The center celebrated 'Ummah Day' where children sang songs from their cultural traditions. While we celebrate the coming together of different cultures and languages, not all songs were properly vetted. This was an unintended mistake and an oversight in which the center and the students are remorseful. MAS will conduct an internal investigation to ensure this does not occur again."

The following day, MAS updated its statement to clarify that while the video was recorded at the organization's building in Philadelphia, the Islamic school responsible for the performance was a separate entity renting the space:

The Muslim American Society was alerted yesterday to a disturbing video that came out of Philadelphia. MAS immediately issued a preliminary statement on our website, condemning the words used in the video as we swiftly investigated the matter. MAS’ deep commitment to values of peace, justice, freedom and sanctity of life are clear. As a faith-based organization committed to building a just and virtuous society, we stand strong in our condemnation of hate and violence anywhere, even in the lyrics of a song.

Our investigation revealed that the school that organized the event on April 17, 2019 is a separate entity renting space from MAS Philadelphia. The school board has informed us that it has taken immediate actions and dismissed the person in charge of the program. In addition, they will form a local commission to aid in sensitivity training and proper supervision for future programs.

Unfortunately, the video from the school was uploaded to the chapter’s Facebook page without verifying the content of the video for appropriateness and making sure it conforms to our hate-free policy and values. The chapter will take further steps in assuring strict adherence to publishing and posting policies. MAS is committed to condemning hate speech everywhere. We reaffirm our commitment to MAS’ core values of justice, peace and protecting the sanctity of human life.

We asked MAS several questions about the performance, including whether it regarded the English translation published by MEMRI as fair and accurate, but we did not receive a response to our questions in time for publication.

What the video shows

The controversial video footage shows children singing a song and reading something akin to a speech. Snopes engaged a professional Arabic-to-English translator, whose own independent translation vindicated the subtitles published by MEMRI, which were as follows:

Those who accept humiliation – what is the point in their existence? Those who reject oppression are the ones who assert their existence, and they eliminate the injustice from the land of the Arabs. Rebels! Rebels! Rebels! Glorious steeds call us and lead us onto paths leading to the Al-Aqsa Mosque. The blood of martyrs protects us. Paradise needs real men! The land of the Prophet Muhammad's Night Journey is calling us. Our Palestine must return to us. Oh Saladdin, your men are among us – shame will be washed away!

[You need] force and the Quran, oh free people! We must persevere no matter what happens, and with the help of the Omnipotent Lord, day will follow night. Take us, oh ships, until we liberate our lands – until we reach our shores and crush the treacherous ones! Blow, oh winds of Paradise – flow, oh rivers of martyrs! My Islam is calling, who is going to heeds its call? Rise, oh righteous ones!

Our martyrs sacrificed their lives without hesitation. They attained paradise, and the scent of musk emanates from their bodies. They compete with one another to reach paradise. Will Jerusalem be their capital city? Or will it be a hotbed for cowards? We will defend the land of divine guidance with our bodies, and we will sacrifice our souls without hesitation. We will chop off their heads, and we will liberate the sorrowful and exalted Al-Aqsa Mosque. And we will lead the army of Allah fulfilling His promise, and we will subject them to eternal torture.

Omar Suleiman, professor of Islamic Studies at Southern Methodist University, told Snopes that there was no justification for the lyrics of the song, or the content of the speech recited by the children in the footage published by MEMRI, and described the violent imagery as "horrible."

He explained that the song, entitled "Thuwar" ("Rebels"), has its origins in the Palestinian resistance movement and the First Intifada of the late 1980s. Suleiman emphasized that the performance should not be used to "delegitimize [the Muslim American Society] and the work they have done." He added: "I can say confidently that those song lyrics and the speech, in particular, don't represent the views of the broader Muslim community."

Ahmet Selim Tekelioglu, outreach and education director for the Council on American-Islamic Relations (CAIR) in Philadelphia, told Snopes that the violent imagery in the lyrics of the song was "not appropriate in an American setting or any setting" and had the potential to "create cross-community discord."

In the first week of May 2019, the Philadelphia Inquirer reported that several local mosques had received threatening phone calls in response to the nationwide coverage of the controversial video footage, and Muslim community leaders had been advised to increase security measures at places of worship.

Popular songs with violent lyrics can be found in many different cultures, especially among countries and peoples with a history of armed revolution, uprising and warfare. For example, the French national anthem "La Marseillaise" contains the following lyrics:

These lyrics translate into English as:

Do you hear in the countryside
The roaring of those fierce soldiers?
They're coming into your arms
To cut the throats of your sons and women. To arms, citizens,
Form your battalions,
Let's march, let's march
Let an impure blood water our furrows.

Several other national anthems contain violent imagery, either about patriotic self-sacrifice or the infliction of suffering upon enemies, as the Washington Post charted in 2016. The Italian national anthem, "Il Canto degli Italiani" ("the Song of Italians") contains lines in which the symbolic eagle of the Austrian Empire has its heart burned by drinking the blood of Italy.

Behind The News.  "Watch -- Muslim Terror School: Children in Philadelphia Call for Jewish Genocide."   2 May 2019.

Parke, Caleb.  "Shocking Video of Children in Philadelphia Muslim Society: 'We Will Chop Off Their Heads' for Allah."   Fox News.  3 May 2019.

The Middle East Media Research Institute.  "Children in Philadelphia Muslim Society: 'We Will Sacrifice Ourselves for Al-Aqsa, Will Chop Off Their Heads, Subject Them to Eternal Torture."   3 May 2019.