Is this Phallic-Looking Object a Real Plant?

A viral image shows a Nepenthes plant in the early stages of developing its characteristic pit trap. This stage of growth has been described by some as “penile.” 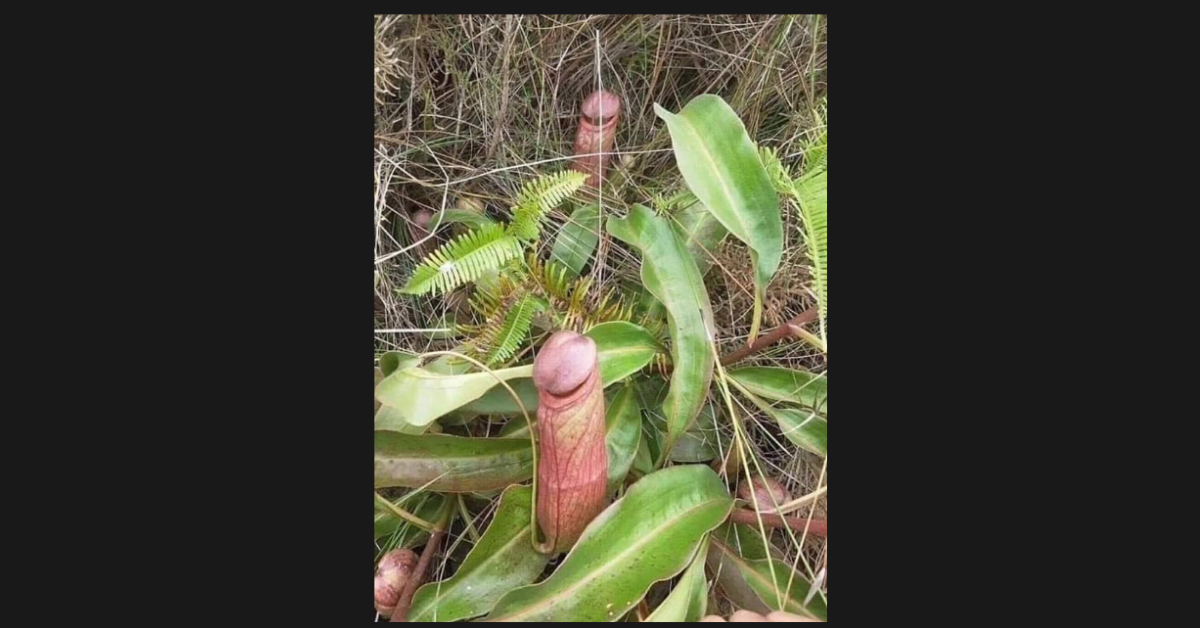 Claim:
An image of a plant with phallic-looking structures is a genuine botanical specimen.
Rating:

In March 2019, images of a plant dubbed a “penis flytrap” — a play on words that evokes the comparatively less phallic Venus flytrap (Dionaea muscipula) — went viral.

These posts all described the plant as belonging to the Nepenthes genus.

Though the provenance of the image shown above is uncertain, we have no reason to doubt this is an authentic photograph of a plant that belonging to the Nepenthes genus. We emailed Clinton Morse, the living plant collections manager at the University of Connecticut’s Department of Ecology and Evolutionary Biology, to ask about the photograph, and he told us:

It is certainly a Nepenthes species and certainly looks like an authentic image. ... All Nepenthes have a similar passive pitfall trap that develops with a closed trap, and as the trap matures the 'lid' opens up. The pitchers in the attached image are just starting to open thus giving them a rather penile appearance. I've never heard of them being called "penis fly trap," but it is a rather accurate descriptive name.

Indeed, once the pit trap is fully matured and the lid is opened, the plant becomes a bit less penile-looking. The open trap fills with water and is designed to attract insects who then fall into the water, where the plant scavenges the nutrients in the decaying bodies, as described in a 1999 review of the genus’ carnivorous behavior:

Plants of this genus utilize a passive method of attraction and entrapment to capture and digest their insect quarry. The lip of the pitcher, a ridged double edged collar called the peristome, is characterized by the presence of nectaries that attract insects to the pitcher opening. A lining of several layers of epicuticular wax on the upper region of the pitcher causes the insects to lose their footing while foraging and to slip down the steep walls of the pitcher into its base where they are trapped in a fluid.

Because the picture and its description ring true with experts and published scientific studies, we rank the image of this “penis fly trap” to be authentic.