Did PGA of America Ban Trump Golf Courses for Life?

Professional golf distanced itself from U.S. President Donald Trump after the Capitol riot. 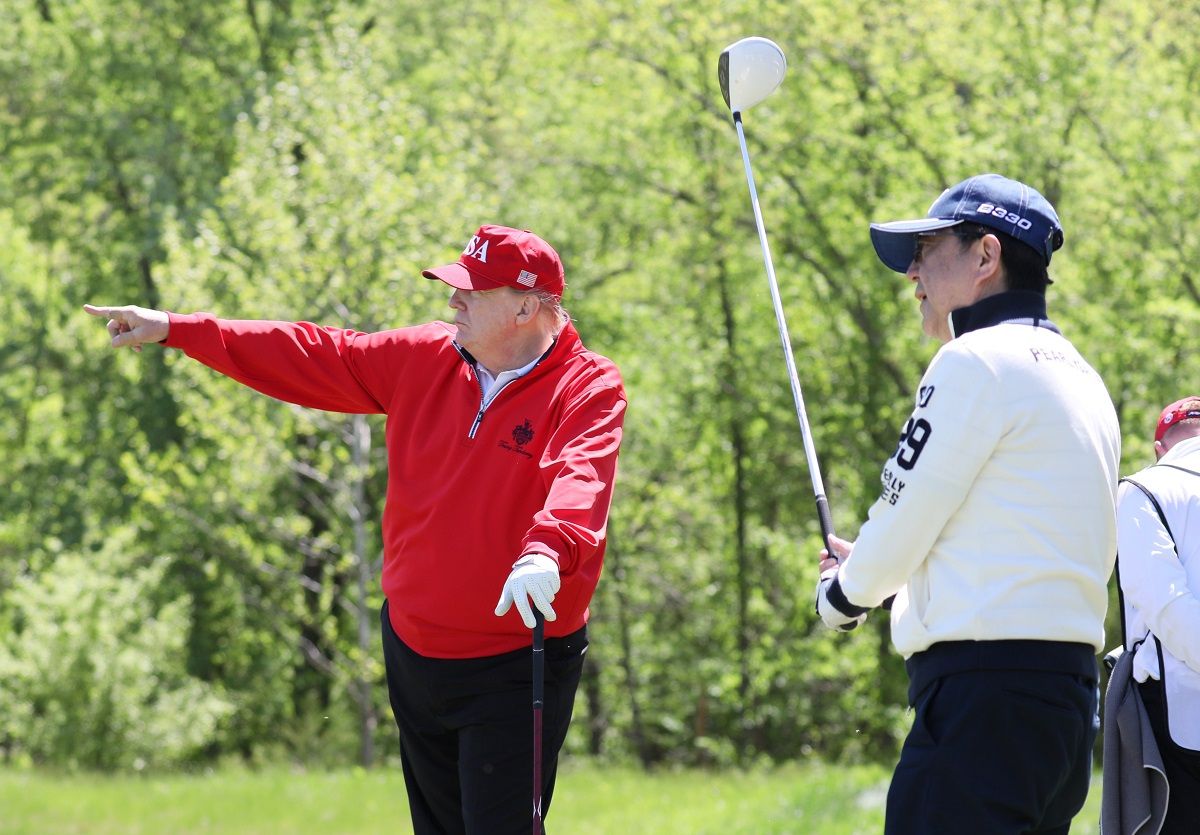 The PGA of America voted to take the PGA Championship event away from Trump’s New Jersey golf course in 2022. As of this writing, the PGA website shows no future events being held at a Trump-owned golf course through 2034.

The PGA has not announced a lifetime ban on holding events at Trump golf course; it has only canceled its event for next year.

The Professional Golf Association of America (PGA) distanced themselves from incumbent U.S. President Donald Trump as they voted to take their championship event away from the Trump National Golf Club Bedminster in New Jersey in 2022. They made this decision in the aftermath of a violent attack by a pro-Trump mob on the U.S. Capitol on Jan. 6, 2021.

Snopes readers were curious if this meant PGA was enforcing a lifetime ban on holding their events at Trump-owned golf courses. We learned that at the moment no such announcement had been made.

In a video posted on the association website, Jim Richerson, president of PGA of America made the following statement:

It’s become clear that conducting the PGA Championship at Trump Bedminster, would be detrimental to the PGA of America brand, it would put at risk the PGA’s ability to deliver our many programs and sustain the longevity of our mission. Our board has thus made the decision to exercise our right to terminate the contract to hold the 2022 PGA Championship at Trump Bedminster. It was a decision made to ensure that PGA of America and the PGA professionals can continue to lead and grow our great game for decades to come.

A new venue has not been announced yet. The PGA website has a list of venues for future sites of the PGA Championship until 2034. None of these venues are Trump-owned. The 2022 venue, it now says, is “TBD.”

In an interview with The Associated Press, Seth Waugh, the CEO of PGA of America said, “We find ourselves in a political situation not of our making. We’re fiduciaries for our members, for the game, for our mission and for our brand. And how do we best protect that? Our feeling was given the tragic events of Wednesday that we could no longer hold it at Bedminster. The damage could have been irreparable. The only real course of action was to leave.”

The Trump Organization also released a statement in response to the decision:

This is a breach of a binding contract and they have no right to terminate the agreement [...] As an organization we have invested many, many millions of dollars in the 2022 PGA Championship at Trump National Golf Club, Bedminster. We will continue to promote the game of golf on every level and remain focused on operating the finest golf courses anywhere in the world.

This isn’t, however, the first time the PGA of America has pulled an event from a Trump-owned venue. In 2015, they canceled the PGA Grand Slam at the Trump National Los Angeles Golf Club after Trump made disparaging remarks about Mexican immigrants when he was running for president.

The PGA has not announced any lifetime ban for Trump golf courses, but they have decided not to hold the 2022 PGA Championship at the Trump-owned golf course in New Jersey. As such, we rate this claim a “Mixture.”