No, Pfizer's CEO Did Not Refuse to Take the COVID-19 Vaccine 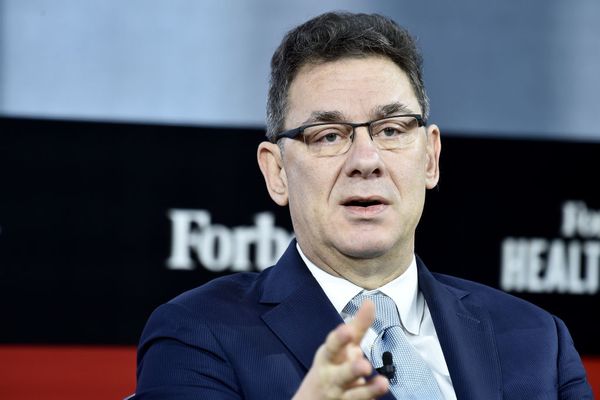 In March and April 2021, widely shared social media posts falsely claimed that Albert Bourla, the Greek CEO of the pharmaceutical multinational company Pfizer, had refused to take the COVID-19 vaccine produced by his own company, in collaboration with the German company BioNTech. Anti-vaccine commentators and COVID-19 conspiracy theorists seized upon this purported admission as evidence that the vaccine was, in fact, harmful.

On March 24, the Facebook page Tru York, which routinely posts baseless and potentially dangerous misinformation and conspiracy theories surrounding the COVID-19 pandemic, published a video with the banner headline "PFEIZER [sic] CEO REFUSES VACCINE." The video contained a short clip of Bourla, in a television interview, responding to a question about when he himself intended to receive the vaccine. Bourla is shown saying:

"The sooner I can, I will. The only sensitivity here, Meg, is that I don't want to have an example that I'm cutting the line, that I'm 59 years old, in good health, I'm not working in the front line. So my type is not recommended to get [the] vaccination now. So that's one consideration." Alongside the video, social media users also shared memes that claimed Bourla had "refused" to take Pfizer's own COVID-19 vaccine. The caption on the video shared by Tru York was false and misleading in two principle ways.

Firstly, the footage itself does not show Bourla refusing to take the vaccine. Rather, he expresses enthusiasm about that prospect ("The sooner I can, I will"), but explains the understandable position that he hadn't yet taken it because he wanted to avoid the appearance of using his position of privilege to take the vaccine ahead of older and more medically vulnerable individuals.

Secondly, the interview in question was recorded months earlier, and Bourla had in fact taken the vaccine by the time Tru York published the video, and other social media users posted similar memes.

In an interview with Axios reporter Caitlin Owens, broadcast on HBO on March 7, Bourla said he had received the first dose of the Pfizer-BioNTech vaccine around three weeks earlier, meaning some time in February 2021. In a tweet on March 10, Bourla posted a photograph of himself receiving what he described as the second dose: The Tru York video was therefore posted two weeks after Bourla went on record as having received two doses of the Pfizer-BioNTech vaccine. By contrast, the interview footage in which Bourla explained why he had not yet received the vaccine, but was looking forward to doing so, was actually recorded three months earlier.

That interview was broadcast by CNBC's Squawk Box on Dec. 14, 2020, and can be viewed below. Interviewer Meg Tirrell asked Bourla "I've heard you have not yet had your shot. When do you plan to get it?" Bourla's response is worth including in full, because he offers a more in-depth explanation of the dilemma of when to take the vaccine than what was included in the subsequent Tru York video:

The sooner I can, I will. The only sensitivity here, Meg, is that I don't want to have an example that I'm cutting the line, that I'm 59 years old, in good health, I'm not working in the front line. So my type is not recommended to get [the] vaccination now. So that's one consideration. On the other hand, our company [has] run a lot of polls to see what would take people to believe it. And one of the highest-ranking [responses], even higher than if Joe Biden takes it, even higher than if other presidents take it, is if the CEO of the company takes it.

So with that it mind, I'm trying to find a way that I will get vaccinated, [even] if it is not my time, just to demonstrate the confidence of the company. But we have made a decision that if we have to do that, we will not do it with our executives, so none of the executives or board members would cut the line — they would take it as their age and occupation type — it's time for them to take [it].