Websites claiming there was a "media blackout" are almost always peddling fake news. 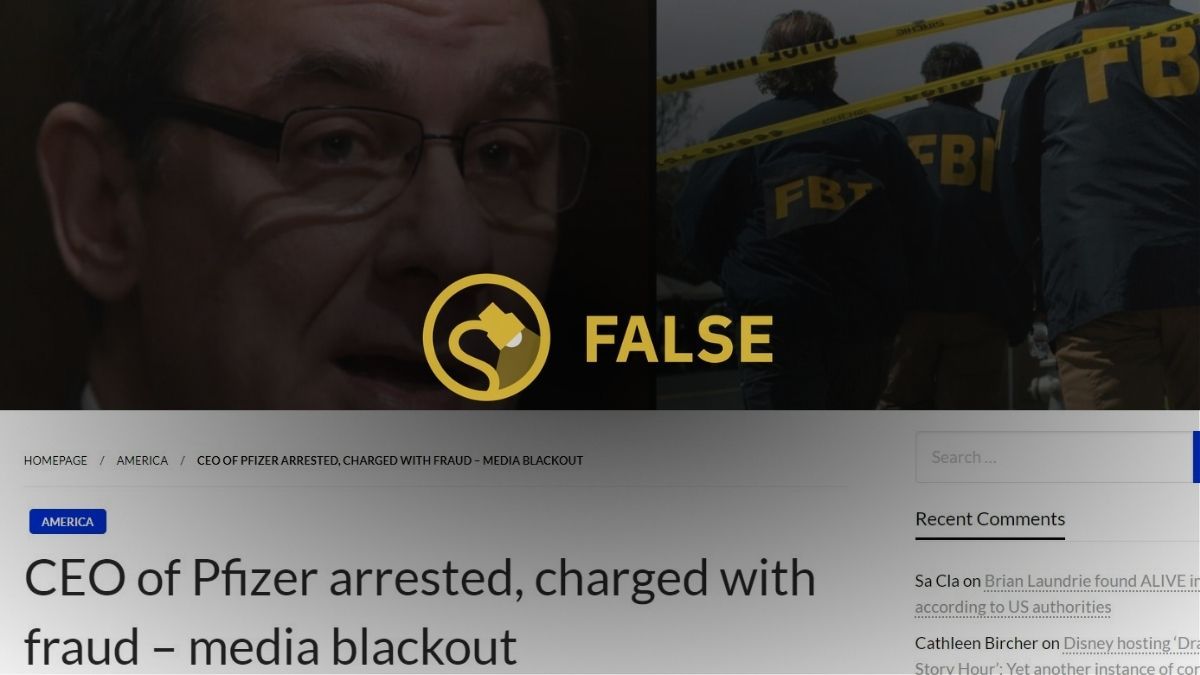 Claim:
The CEO of Pfizer, Albert Bourla, was arrested for fraud in November 2021.
Rating:

On Nov. 5, 2021, a rumor started circulating on social media that Pfizer CEO Albert Bourla had been arrested for fraud: This rumor appears to have originated with an article published on the website ConservativeBeaver.com. That article claimed that not only had Bourla been arrested, but that police had ordered a "media blackout" on the arrest. The website writes:

Pfizer CEO Albert Bourla was arrested at his home in the affluent suburb of Scarsdale, New York Friday morning by the FBI and charged with multiple counts of fraud. Bourla is being held while he awaits a bail hearing. Federal agents are in the process of executing a search warrant at his home and at multiple other properties he owns across the country ...

The police have ordered a media blackout, which was immediately approved by a judge. Conservative Beaver is based in Canada, and not subject to American law.

This is not a genuine news article. The Conservative Beaver publishes a mix of news commentary and conspiratorial hoaxes. For example, it previously published a fictitious story claiming that actor Alec Baldwin had been arrested in a child-pornography case. This is false.

Interestingly, the Conservative Beaver published this falsehood about Bourla being arrested on the same day that Bourla made multiple television appearances. On Nov. 5, Bourla appeared on CNN to talk about a new pill Pfizer had developed to combat COVID-19, something that would have been difficult to do if he had truly been arrested for fraud.

Conspiratorial junk news websites often claim that there was a "media blackout" in an attempt to explain why their fictitious stories aren't receiving coverage in the mainstream press. The reason that the mainstream press hasn't covered this story, however, is because the CEO of Pfizer was not arrested for fraud.