Was Betsy Ross the Only Real Person Depicted On a PEZ Dispenser?

In American history, Ross is something of a legend — a craftswoman who made flags. 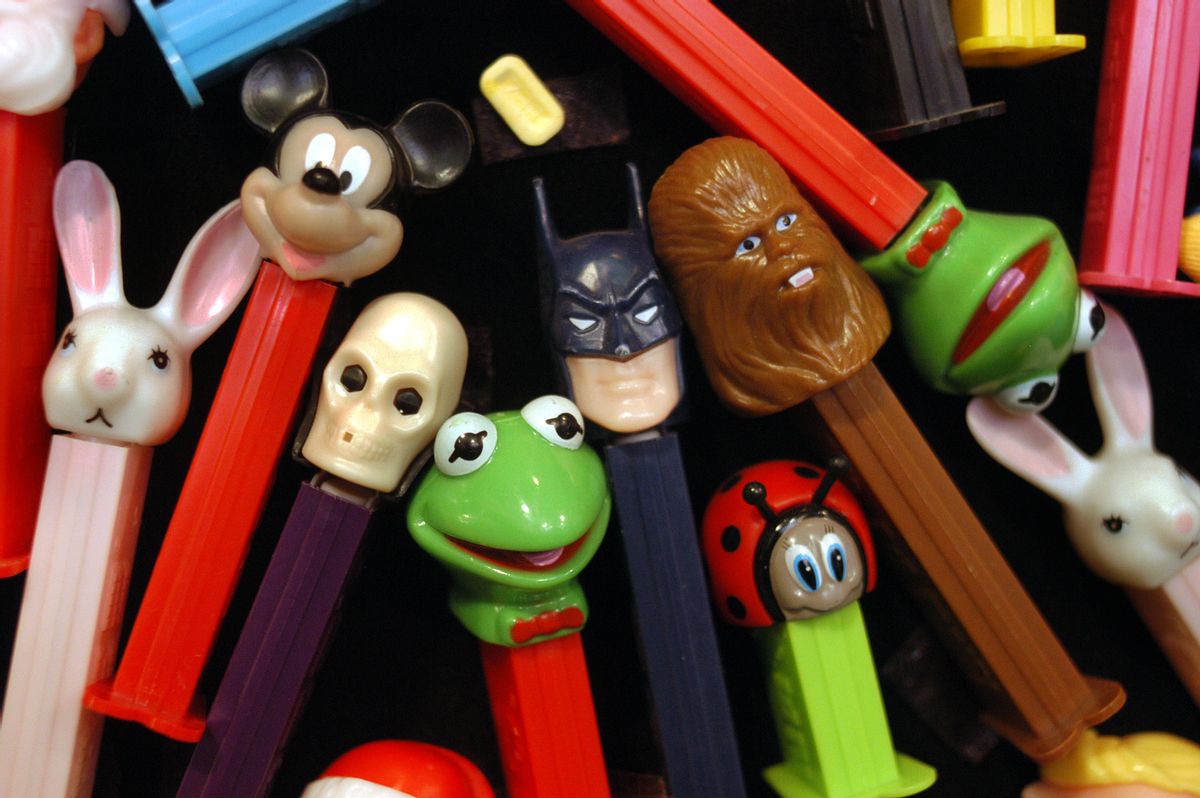 Claim:
Betsy Ross was the only real person ever depicted on a PEZ candy dispenser.
Rating:

In 2002, a Snopes reader emailed with the question, "Is it true that Betsy Ross was the only real person to be a 'Pez Head'?

No, that claim was not true. Let us explain.

PEZ began in 1927 as an Austrian manufacturer and vendor of compressed peppermint tablets (hence its name, taken from "Pfefferminz," the German word for “peppermint”). Now, of course, PEZ is an international business known not just for its fruit-flavored candy tablets, but for the ubiquitous, brightly-colored molded plastic dispensers sold with them.

Initially, PEZ dispensers resembled cigarette lighters, befitting PEZ’s market position as a breath mint for adult smokers rather than a candy. When PEZ inventor Edward Haas brought his product to the American market in 1952, sales were less than encouraging, so he made a couple of key changes intended to appeal to children: PEZ became fruit-flavored (cherry, lemon, orange and strawberry), and the dispensers were topped with the heads of cartoon characters, animals, circus figures, and other kiddie favorites. PEZ thus became more than just a candy company: they were transformed into a de facto manufacturer of specialized toys — toys purchased not only by candy-gulping children, but avidly sought after by collectors of all ages. Rarely have PEZ dispensers featured real people, however; when humans have been depicted, they have generally been either fictional characters (such as Santa Claus) or generic representations of roles (such as a fireman or pilot). The initial exceptions came in 1976, when PEZ distributed a special series of nine dispensers based on an American history theme to coincide with the bicentennial of the United States.

The bicentennial PEZ dispensers were also primarily generic representations of types (such as "Indian chief" and "wounded soldier") and fictional characters ("Uncle Sam"). But despite what was claimed in a popular trivia item afterwards, the series also included dispensers representing not just one, but three real people: legendary flag-maker Betsy Ross, frontiersman Daniel Boone, and celebrated Revolutionary War figure Paul Revere. (The Paul Revere figure was simply designated “captain,” so it was often overlooked as one of the few “real person” dispensers).

The roster of “real person PEZ dispensers” has expanded considerably since the U.S. bicentennial in 1976:

This article was updated to meet Snopes' current formatting standards on Aug. 24. 2022.