The animal rights organization claims that the word has “speciesist roots.” 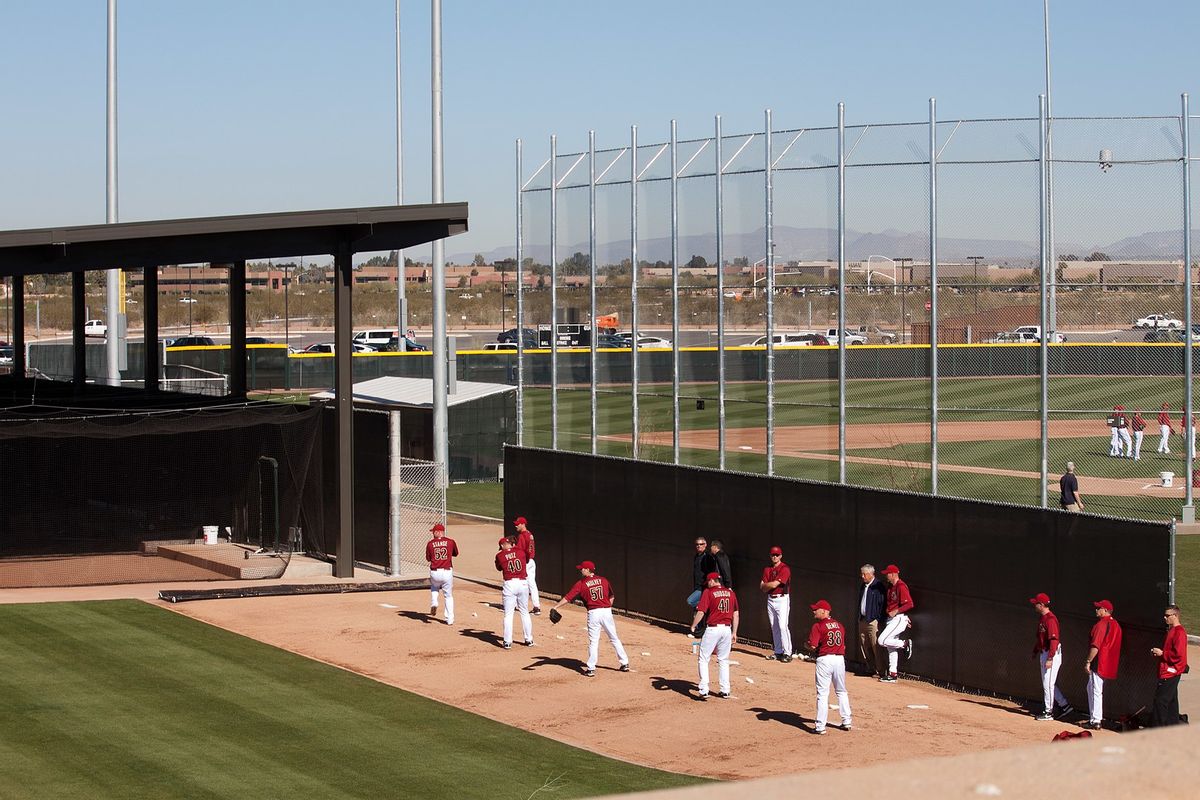 Claim:
Animal rights organization PETA has asked Major League Baseball to rename the bullpen to “arm barn,” arguing that the term has “speciesist roots” because it is where bulls are held before they are slaughtered.
Rating:

Baseball's bullpens sparked controversy with People for the Ethical Treatment of Animals (PETA) in October 2021.

"Bullpen" is normally used to designate the place where pitchers warm up before going onto the field. PETA wants Major League Baseball (MLB) to rename it entirely because of the origins of the term. According to PETA, the term comes from “bull’s pen,” which is “where bulls are held before they are slaughtered.” The organization argues that the word has “speciesist roots,” and that “we can do better than that," so PETA recommends changing the word to “arm barn.”

PETA made this call for a change in a post on their official social media:

As the World Series turns into a pitching duel, PETA is pitching a proposal to the baseball world: Strike out the word “bullpen,” which references the holding area where terrified bulls are kept before slaughter, in favor of a more modern, animal-friendly term. PETA’s suggestion? The arm barn!

PETA notes that cows are hung upside down and their throats are slit in the meat industry, while in rodeos, gentle bulls are tormented into kicking and bucking by being electro-shocked or prodded—all are typically held in a “bullpen” while they await their cruel fate.

The origins of the term bullpen have been debated by experts on ESPN. According to Paul Dickson, the author of "The New Dickson Baseball Dictionary," the term bullpen was first cited in 1915 in an issue of Baseball Magazine. At the turn of the century, he wrote, "nearly every ballpark in the country featured a Bull Durham tobacco sign -- a giant bull-shaped billboard -- affixed to the outfield wall." He claimed, "All the games were played during the day, and relievers warmed up in the shadow of the bull. Over time, that area became known as the bullpen."

Others disagree. In the same ESPN article, Steve Perrault of Merriam-Webster said, "'Bullpen' is almost always used metaphorically, not in reference to a pen for male cows." John Thorn, editor of Total Baseball, argued that Dickson's claim wasn't true: "'bullpen' was in use as early as 1870. It referred to the roped-off area in foul territory from where late arriving fans could watch the game." In a Medium post he wrote:

This simile no doubt has its basis in two earlier usages of the word bullpen — as a prison enclosure, primarily an open-air improvised demarcation; and as a ‘schoolboys’ ball game, played by two groups, one group outlining the sides of a square enclosure, called the bullpen, within which are the opposing players’ (The Oxford English Dictionary). The ball game, popular on the Ohio–Indiana–Kentucky frontier of the 1850s, is first men­tioned in print in Edward Eggleston’s homespun classic The Hoosier Schoolmaster (1871): ‘He could not throw well enough to make his mark in that famous Western game of bull-pen.’ Both senses of the word — the prison enclosure and the ball game — imply enforced occupancy in the bullpen, which reflects the status of the substitute pitcher in the pre-relief era.

MLB has not responded yet, but some baseball players and teams have reacted with jokes and ridicule: