Did World Economic Forum Call for Slaughter of Millions of Pets To Save Climate?

Viral articles about policies to reduce the "carbon pawprint" made by meat-eating pets are unsupported by reality. 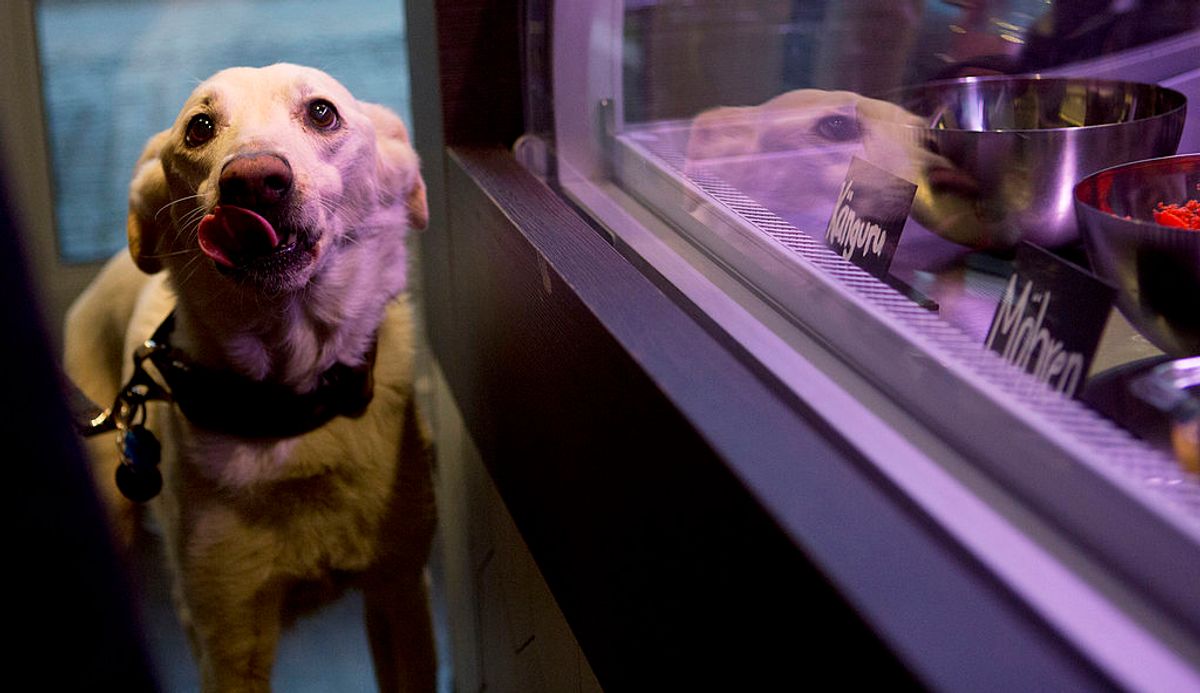 Claim:
The World Economic Forum called for the slaughter of pets to save the climate.
Rating:

Clickbait articles misrepresent actual reporting and scientific research on the concept of a "carbon pawprint" as evidence of a directive or strategy that does not exist.

In late November 2022, conspiracy websites began promoting unfounded claims that climate activists have advocated for the mass slaughter of cats and dogs to save the environment in late November 2022. A Nov. 28, 2022. story on the widely discredited website News Punch claimed that "Climate activists are now calling for millions of dogs worldwide to be slaughtered in an effort to reduce the 'carbon pawprint' they produce as a result of eating meat."

A few days later, on Dec. 9, 2022, that same website repurposed this same general article to advance a new version of the same claim: that the World Economic Forum (WEF), specifically, and not "climate activists" in general, had issued this directive for the slaughter of pets to save the climate.

The central piece of evidence for both of these stories is a CNN report published in September 2022. That story, which ran with the headline "Our pets are part of the climate problem. These tips can help you minimize their carbon pawprints," cited a 2017 study by Gregory Okin, who is chair of geography at UCLA. As CNN reported:

According to a 2017 study, feeding dogs and cats creates the equivalent of around 64 million tons of carbon dioxide in the US each year. That's roughly the same impact as 13.6 million cars on the road. And, if our furry friends formed a separate country, it would rank 5th in global meat consumption behind China, the US, Brazil and Russia, according to UCLA professor and author of that study Gregory Okin.

Notably missing from the conspiracy clickbait stories is the evidence that these observations equate to advocating for the murder of pets. In fact, the CNN article explicitly states that "bidding farewell to your best friends is not the answer," reminding readers to "not panic." Okin, the author of the study cited by CNN, told PolitiFact that the notion activists were advocating the killing of pets was "ridiculous," telling the outlet that he made "no such claim nor do I know anyone who does."

Nonetheless, News Punch made the factually unsupported argument that "the WEF … wants to introduce an international policy that would require the majority of pet owners to euthanize their animals" based solely on CNN's reporting of an article from 2017.

The WEF has never advocated such a policy. The WEF has, in fact, shared reporting on the concept of a "carbon pawprint" on their website. None of these articles, however, advocate killing pets. A June 2017 WEF blog post, for example, argued:

The bottom line is that choices about your pet's diet can have implications for its health, your wallet and the planet. You can have both a healthy and more sustainable approach by feeding your dog or cat diets that contain moderate amounts of meat and use animal by-products, and feeding your pet only the amount of food it needs to maintain a healthy lean body weight.

Another WEF blog post from January 2019 highlighted a new insect-protein based dog food:

[Yora Dog Food] launched a dry dog food on Thursday made from black soldier fly larvae in a bid to tackle the "carbon pawprint" created by pets in the animal-loving nation.

"One of the very best things we can do for the environment is to reduce our meat consumption, but up until now there haven't been many options for our carnivorous four-legged friends," said Tom Neish, the brains behind Yora dog food.

Because neither climate activists nor the World Economic Forum are advocating for the murder of pets, and because the evidence cited in support of this claim does not actually lend any support, we rank the claim "False."

Richardson, Kimberly. "Our Pets Are Part of the Climate Problem. These Tips Can Help You Minimize Their Carbon Pawprints." CNN, 15 Sept. 2022, https://www.cnn.com/2022/09/15/us/pets-climate-impact-lbg-wellness/index.html.