Are Robbers Subduing Victims with Perfume? 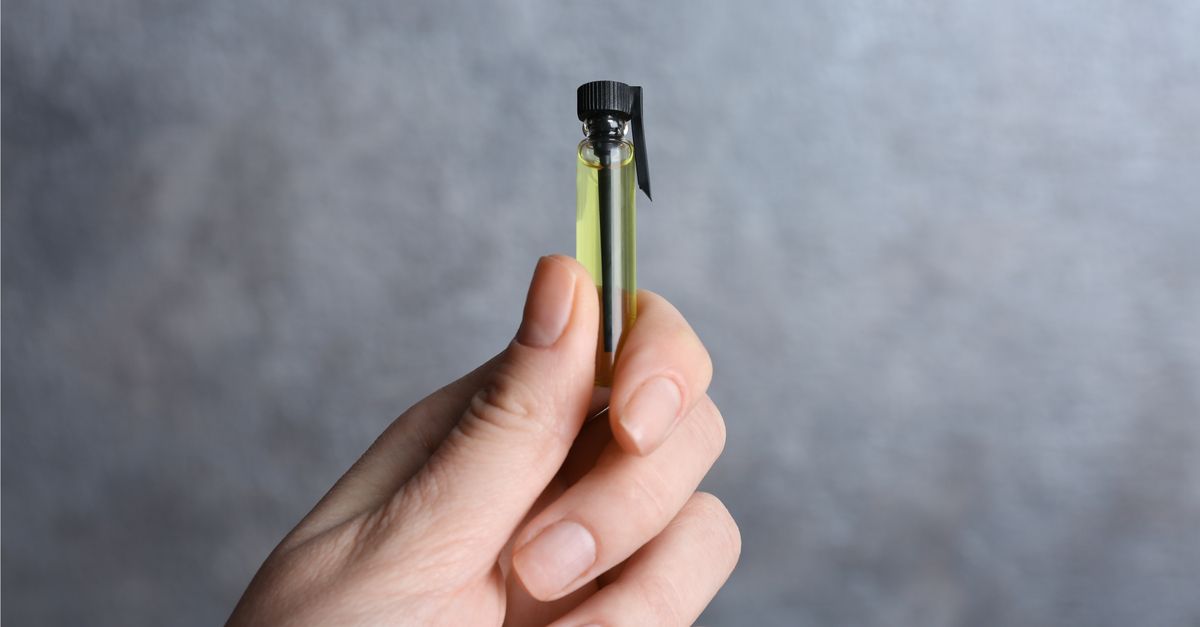 For nearly twenty years now, Internet users have been immersed in warnings advising them to be wary of persons attempting to sell perfume in store parking lots:

PLEASE PASS THIS ALONG TO YOUR WOMEN FRIENDS!!!

I was approached yesterday afternoon around 3:30pm in the Wal-Mart parking lot at Forest Drive, by two males, asking what kind of perfume I was wearing. Then they asked if I’d like to sample some fabulous scent they were willing to sell me at a very reasonable rate. I probably would have agreed had I not received an email some weeks ago, warning of a “wanna smell this neat perfume?” scam.

The men continued to stand between parked cars, I guess to wait for someone else to hit on. I stopped a lady going towards them, pointed at them, and told her about how I was sent an e-mail at work about someone walking up to you at the malls or in parking lots, and asking you to SNIFF PERFUME that they are selling at a cheap price.

THIS IS NOT PERFUME – IT IS ETHER!

When you sniff it, you’ll pass out. And they’ll take your wallet, your valuables, and heaven knows what else. If it were not for this e-mail, I probably would have sniffed the “perfume”. But thanks to the generosity of an emailing friend, I was spared whatever might have happened to me. I
wanted to do the same for you.

PASS THIS ALONG TO ALL YOUR WOMEN FRIENDS, AND PLEASE BE ALERT, AND AWARE!!

The scenario described above isn't a real danger. No one has reported having been robbed in this manner, save for one woman in 1999 whose claim was suspect (for reasons we discuss below). This legend doesn't even describe a plausible scenario because, despite what books and television shows may depict, rendering a person unconscious from a mere sniff or two of some substance is not easy to do. Ether is nasty, volatile stuff that requires a great deal more than a few brief inhalations to knock a person out. In fact, it's hard to think of any substance that could produce the instant unconsciousness described here.

This legend appears to have begun in late 1999 with a widely-circulated Internet message that used one specific news report as a basis for implying that ether-wielding robbers were a potentially widespread menace:

Watch out-this is for real!

That's what the victim thought, but when she awoke she found out that her car had been moved to another parking area and she was missing all her money that was in her wallet (total of $800.00). Pretty steep for a sniff of perfume!

Anyway, the perfume wasn't perfume at all, it was some kind of ether or strong substance to cause anyone who breathes the fumes to black out.
SO, Please beware ... Christmas time is coming and we will be going to malls shopping and we will have cash on us.

Ladies, please don't be so trusting of others and beware of your surroundings-ALWAYS! Obey your instincts!

The incident described above was "real" in the sense that a Mobile, Alabama, woman claimed it happened to her on 8 November 1999 and reported the alleged robbery to the police, but it's false in that no evidence ever surfaced to verify her story.

Bertha Johnson, a 54-year-old Mobile woman, maintained that at about 2:00 PM on Monday, 8 November, she had pulled into the parking lot of a bank when a woman approached her car and offered to sell her bottles of cologne that ordinarily retail for $45 for the low price of $8. Ms. Johnson says she sniffed a sample of the cologne, and the next thing she knew it was around half an hour later, she was standing with her keys in her hand at a wicker store two miles away from the bank, her head was throbbing, and $800 she had been carrying ($500 of her own money plus $300 of her employer's) was missing. However, her claim had some surface implausibilities:

Sure enough, several weeks later the toxicology reports concerning tests run on blood and urine samples taken from Ms. Johnson immediately after the alleged attack did not indicate the presence of any unusual or abnormal substance in her system. The case remained officially open, but this one smelled like a scam cooked up by Ms. Johnson to abscond with her employer's money.

Now, in true urban legend fashion, this tale has gone from a news report of an alleged victim's unsubstantiated story to a general warning that this sort of thing might happen to you to a specific warning that this type of robbery is actually happening. It isn't happening though, and it probably never did, not even once.

It's interesting to see how little occurrences that aren't even part of the scenario described are now being reported as evidence of narrow brushes with these non-existent robbers. For example, the following was prefaced to one e-mailed example:

Some of you got this email some weeks ago like me. I just wanted to pass along that I was approached yesterday afternoon at around 3:30 p.m. in the Wal-Mart parking lot at Forest Drive by 2 males asking what kind of perfume I was wearing. I didn't stop to answer them and kept walking toward the store.

At the same time I remembered this email. The men continued to stand between parked cars — I guess to wait on someone else to hit on. I stopped a lady going toward them, pointed at them, and told her what they might ask and NOT to let them get near her. When that happened, the men and a lady (I don't know where she came from!) started walking the other way toward their car parked in far corner of the parking lot. I thank Jane Shirey for passing this along — it might have saved me from a robbery. I'm passing this along to you'all so you can warn the women in your life to watch out for this ...

Now, men asking passing women about the perfume they're wearing isn't at all the same thing as crooks using rigged perfume bottles to knock out their victims. The fact is, some companies (such as Scentura) do hire people to sell perfume door-to-door or in parking lots, and some of these salespeople do indeed work in pairs, pitch their wares from cars, and employ aggressive sales tactics (which include approaching women and asking them what kind of perfume they have on). But now that this legend is circulating, people dutifully report any sighting of perfume-selling strangers in parking lots as "proof" of this fictional crime wave of ether-bearing robbers being real.

We wrote the original article about this rumor in 2000. As far along as April 2006, Alabama police were still having to field reports on this non-existent form of crime and inform the public that it's a hoax:

Police are debunking as a hoax reports of a man trying to use ether to abduct a young girl outside Eastdale Mall.

Capt. Huey Thornton said the report, generated in an e-mail circulating throughout Montgomery, is false.

Thornton said the people named in the e-mail asserted their daughter was approached by a man outside the mall, but that details of the e-mail have been "significantly embellished."

The e-mail states that investigators told the couple a man posing as a perfume salesman had asked other young girls to "smell the perfume on his hand," which turned out to be ether.

"The Montgomery Police Department is not familiar with any cases in the city where a subject matching the description in the e-mail has approached anyone posing as a perfume salesman or any cases where ether has been involved."

Since 2000 (when we wrote our original article), we've been keeping our ears and eyes open for news of any instances of this sort of robbery happening in real life. So far, the closest thing to arise is a July 2008 case in a town in Louisiana.

In Houma, Louisiana, a woman named Patches Wegmann was arrested after two men she plied with cologne claimed to have suffered ill effects from what she'd had them breathe in. The first said she accosted him, sprayed a cologne sample on a piece of paper, and waved it under his nose. Subsequently, after he returned to work, he passed out, his symptoms including dizziness, shortness of breath, and numbness in his extremities. The second said the cologne's fumes left him feeling light-headed, and it irritated his skin.

Wegmann was charged with second-degree battery and unlawful solicitation, but the battery charge has to do with forcing perfume samples upon unwilling parties, not because there was anything necessarily noxious in the substance she forced upon them. The incident remains under investigation, and authorities say it’s not clear that anything other than perfume was sprayed on either man.

In 2001 a false Internet rumor about seven women having died after sniffing perfume samples sent to them in the mail spread in the wake of the September 11 attacks. This newer rumor was a combination of two older and equally baseless scares: the 1999 "perfume robbers" tale (which is the topic of the article above) and the 2000 Klingerman Virus warning about blue virus-laden sponges mailed in envelopes marked "A gift for you from the Klingerman Foundation" which supposedly caused 23 deaths. The 2001 "deadly perfume samples" rumor brought into play the specter of lurking terrorists using the U.S. mail system to murder the innocent in a women-targeted replay of the anthrax mailings horror. The "deadly perfume samples" rumor is distinct and indeed far removed from the "perfume robbers" one, yet folks are prone to confuse the two because they both use the word 'perfume.'