Does a Video Show a Car Fire Caused by Perfume and Air Conditioning?

Shocking footage may show the potential dangers of inhalant abuse but clearer evidence is needed. 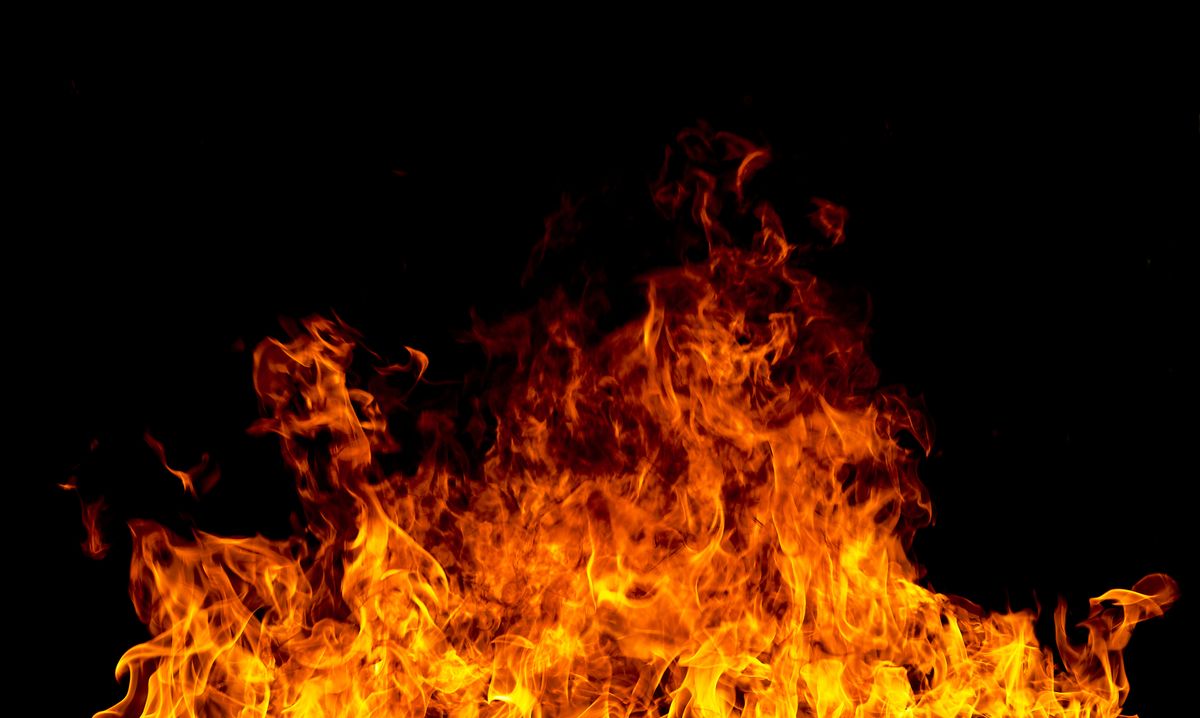 Claim:
A video shared widely on social media in July 2019 shows a fire in a car caused by perfume or air freshener ignited by a cigarette lighter.
Rating:

In July 2019, a four-year-old video re-emerged on social media, accompanied by captions that claimed it showed a fire in a car caused by perfume spread throughout the vehicle through its air-conditioning system and ignited by a cigarette lighter.

The video, which some viewers might find disturbing, was shared widely on Facebook. It appears to show two young men sitting in a car listening to music. The man sitting in the back seat appears to ignite a cigarette lighter, and flames appear to rapidly fill the car, setting fire to the men, who can be heard screaming. The video's caption reads:

"When the Air conditioner is switched on in your car, do not open any perfume bottle or lighter. Please circulate this Video to your friends and relatives."

When the Air Conditioner is switched on your car, please do not open any perfume bottle. The result can be fatal. pic.twitter.com/4X3yBQrQFj

We received several inquiries from readers as to whether the cause of the fire had been perfume distributed through the car by way of the air-conditioning system and then ignited by a cigarette lighter. The precise origins of the video are unclear and, if an investigation into it did take place, we have not located the results of that analysis.

Therefore, we can't say definitively what caused the fire. However, one experienced fire investigator told us: "There is absolutely no way that perfume fumes contributed to or caused the fire."

The video footage first emerged in 2015, accompanied by speculation that the young men may have been "huffing" butane, which, although potentially lethal, is sometimes used for recreational purposes and produces similar, short-term effects of nitrous oxide (known as "laughing gas"). This theory was supported by the fact that the young man in the driver's seat appeared to be holding a cloth to his face before the fire started.

It's unclear where the video was filmed, but some observers have speculated that the incident took place in Saudi Arabia. In recent years, Persian Gulf states — where the recreational drugs typical of Western societies are not as widely available — have seen a trend of young people resorting to the use of inhalants like laughing gas and butane.

However, we have been unable to verify that this is what the video footage shows, and an article on the Akhbarak.net website was reported to have included a statement from one of the young men in the video. That man was reported to have claimed that the fire was started when the cigarette lighter ignited an anti-static clothing spray called FidFad, which had purportedly leaked inside the car:

"My brother and I are both fine, thank God. I got 6% burns to my body. What happened was that we were having fun in the car filming a video with the windows closed and we smelled something funny but we didn’t know it was Fid Fad and we didn’t give it much attention. Then my brother used the lighter which set the gas on fire. I’m glad to say we are safe and all the rumors that got out are not true, and be careful of gas leaks anywhere."

However, we have been unable to verify the authenticity of that statement. Even if it did come from one of the young men in the video, we can't rule out the possibility that, fearful of the opprobrium of family, neighbors or even law enforcement, the young man provided the "FidFad leak" narrative in order to obscure the potential truth of his having abused an inhalant.

The third theory that has been advanced is the one contained in the July 2019 posts, namely that the fire was caused by perfume or air freshener distributed through the vehicle's air-conditioning system and ignited by the cigarette lighter. That theory was promulgated on several Indian websites, in particular. However, some reasons exist to doubt its accuracy.

We showed the video footage of the fire to Bryan Maphet, a highly experienced fire investigator and executive vice president of the Atlanta, Georgia, company Envista Forensics. By email, he told us that:

"There is absolutely no way that perfume fumes contributed to or caused the fire ... The perfume would only produce a fragrance, not ignitable fumes, unless a very large volume was present, and this certainly doesn’t appear to be the case."

While he appeared to dismiss leaked perfume as a potential cause, Maphet declined to speculate on what the actual cause of the fire might have been, in the absence of additional information and "without seeing or examining the vehicle and interior compartment."

Maphet is an expert in this field, and his assessment strongly suggests that leaked perfume or air freshener simply was not a contributing factor in the fire shown in the video. However, in the absence of a formal investigation, or even further verifiable details or evidence regarding the aftermath and effects of the fire, and without being able to state with certainty what the cause of the fire was, we are not prepared to definitively rule out the possibility that leaked air freshener or perfume may have played some role, however unlikely. As such, and until such evidence emerges, we issue a rating of "unproven."