No, Pepsi Didn't Start as a Rat Poison Company

Nor was the founder of the company named "Gustav Pepsi." 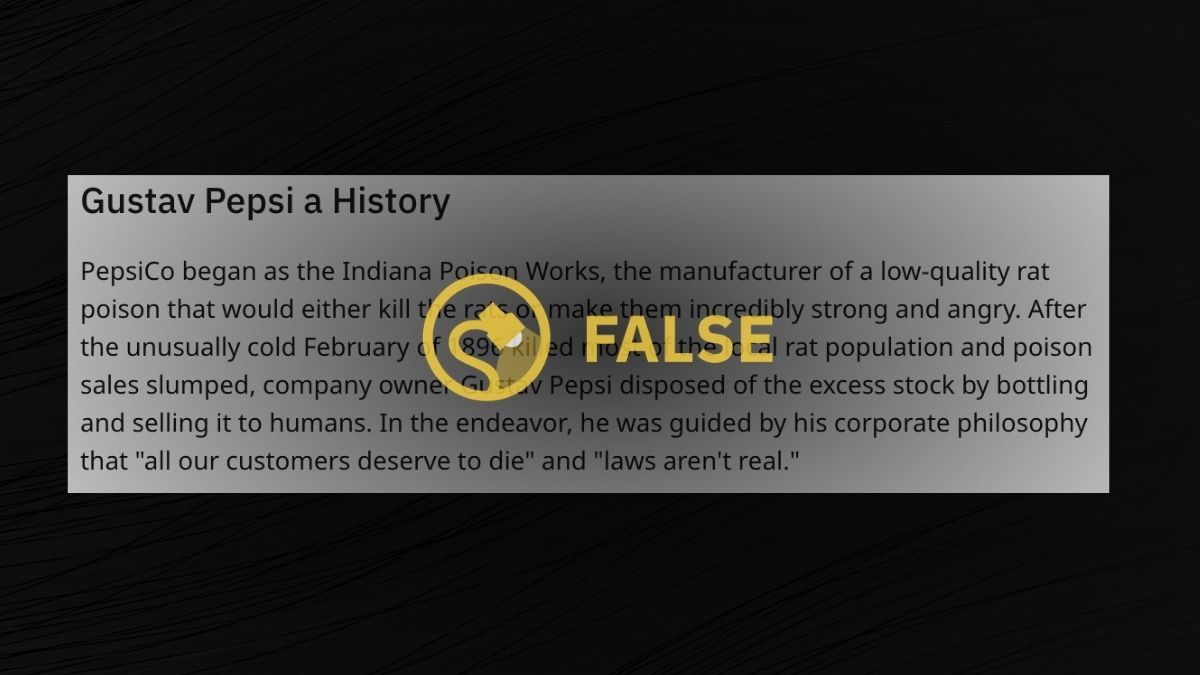 Image Via Screenshot of copypasta meme

In early October 2021, social media users shared a copy-and-pasted "copypasta" meme that contained a false story about the history of the soft drink brand Pepsi, claiming that the soda maker originated as a rat poison company. The intent of the meme appeared to be humor. The text of the meme read:

Gustav Pepsi a History
PepsiCo began as the Indiana Poison Works, the manufacturer of a low-quality rat poison that would either kill the rats or make them incredibly strong and angry. After the unusually cold February of 1896 killed most of the local rat population and poison sales slumped, company owner Gustav Pepsi disposed of the excess stock by bottling and selling it to humans. In the endeavor, he was guided by his corporate philosophy that "all our customers deserve to die" and "laws aren't real."

The meme is a work of fiction.

Pepsi, according to the company's own history, was founded in New Bern, North Carolina, by pharmacist Caleb Bradham. The drink was originally composed of sugar, water, caramel, lemon oil, kola nuts, nutmeg, and other ingredients, and dubbed "Brad's Drink."

Bradham started calling his beverage creation "Pepsi-Cola" in 1898, and then trademarked it in 1903. As sales took off, Bradham established an office building for the newly flourishing business in his home town of New Bern in 1908.

Eventually the company grew into a mega-corporation for drinks and snack foods. But nowhere in its history did it ever sell rat poison.