No, That 'Peppermint Alfredo' Ragú Sauce Is Not Real 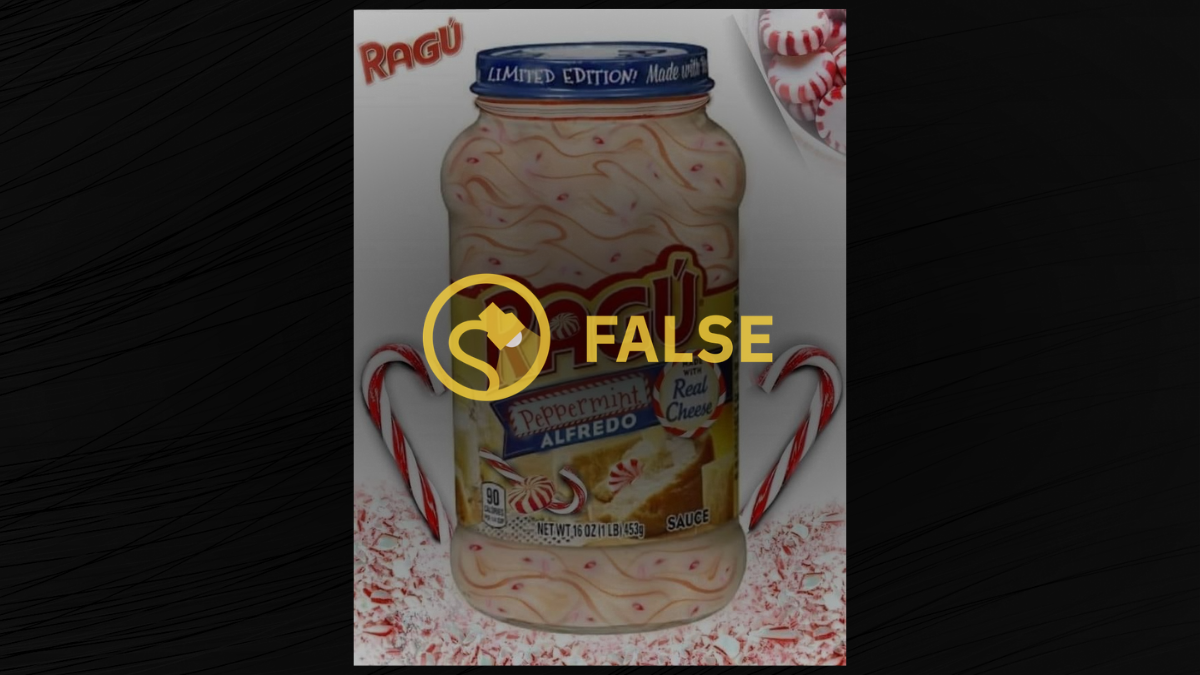 During the 2021 holiday season, social media users shared, with a mixture of amusement and revulsion, photographs that appeared to show a limited edition "peppermint Alfredo" pasta sauce from the well-known brand Ragú.

In recent years, other major brands have produced some unlikely flavor combinations, but such crossovers are also occasionally the subject of hoaxes. "Peppermint Alfredo" fell into the latter category.

The photograph, which proved especially popular on Facebook, seemed to show a 16-ounce bottle containing a marbled cream, pink, and red pasta sauce, and a label that featured a red-and-white candy cane and peppermint candy, and the following text:

Made with Real Cheese It's not clear exactly who created that design, but it certainly wasn't the people who make Ragú pasta sauces. A spokesperson for Mizkan, the company that produces the Ragú range, confirmed in an email to Snopes:

We have NOT launched this product and have no plans at this time to do so...Our guess is that a holiday elf, having some fun on social media, may have come up with the peppermint-alfredo-sauce concept.  And while it’s certainly festive and creative, it might not be a fan favorite at mealtimes.

Even without the benefit of that official denial, a reverse image search suggested that the questionable creation was the result of some digital editing using this specific promotional photo of Ragú's Classic Alfredo sauce, as shown below: