Pennsylvania officials warned of "the dangers of uninformed, lay analysis combined with a basic lack of election administration knowledge." 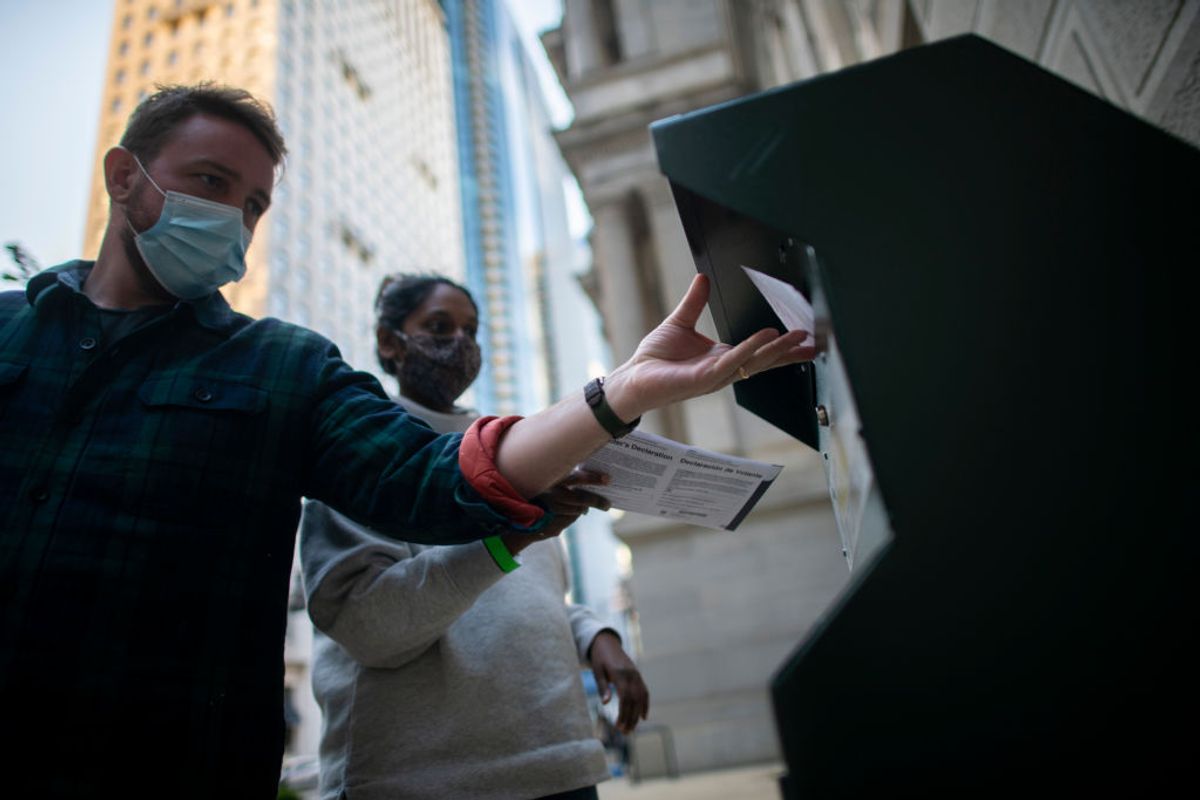 Among the copious false claims about election fraud that U.S. President Donald Trump made after losing the 2020 presidential election to challenger Joe Biden was the assertion that the state of Pennsylvania had found they recorded "205,000 votes more than they had voters": The apparent source of the misinformation amplified by Trump was a news release issued by Pennsylvania State Rep. Frank Ryan on Dec. 28, maintaining that a comparison of "county election results to the total number of voters who voted" in Pennsylvania revealed a discrepancy of over 203,000 ballots:

A comparison of official county election results to the total number of voters who voted on November 3, 2020 as recorded by the Department of State shows that 6,962,607 total ballots were reported as being cast, while DoS/SURE system records indicate that only 6,760,230 total voters actually voted. Among the 6,962,607 total ballots cast, 6,931,060 total votes were counted in the presidential race, including all three candidates on the ballot and write-in candidates.

The difference of 202,377 more votes cast than voters voting, together with the 31,547 over- and under-votes in the presidential race, adds up to an alarming discrepancy of 170,830 votes, which is more than twice the reported statewide difference between the two major candidates for President of the United States.

However, the Pennsylvania Department of State (DoS) issued a statement noting that the numbers obtained from the Statewide Uniform Registry of Electors (SURE) system by Ryan were not accurate because they were based on incomplete data. As the DoS observed, "a few counties have not completed uploading their vote histories," and that those as-yet-unreported numbers "would account for a significant number of voters":

In today’s release Rep. Ryan and others rehash, with the same lack of evidence and the same absence of supporting documentation, repeatedly debunked conspiracy theories regarding the November 3 election. State and federal judges have sifted through hundreds of pages of unsubstantiated and false allegations and found no evidence of fraud or illegal voting.

Now, the legislators have given us another perfect example of the dangers of uninformed, lay analysis combined with a basic lack of election administration knowledge.

For instance, it is quite common to have significant "undervotes" for down-ballot races in a presidential election, particularly when there isn't a U.S. Senate race on the ballot. In 2000, Sen. Santorum received 200,000 more votes than President Bush, but the US Senate race still had more than 100,000 fewer votes than the presidential race.

We are unclear as to what data the legislators used for this most recent “analysis.” But the only way to determine the number of voters who voted in November from the SURE system is through the vote histories. At this time, there are still a few counties that have not completed uploading their vote histories to the SURE system. These counties, which include Philadelphia, Allegheny, Butler and Cambria, would account for a significant number of voters. The numbers certified by the counties, not the uploading of voter histories into the SURE system, determines the ultimate certification of an election by the secretary.

This obvious misinformation put forth by Rep. Ryan and others is the hallmark of so many of the claims made about this year’s presidential election. When exposed to even the simplest examination, courts at every level have found these and similar conspiratorial claims to be wholly without basis.

To put it simply, this so-called analysis was based on incomplete data.

According to the final tally released by the DoS, a total of 6.96 million Pennsylvania voters actually voted in the 2020 election, amounting to 76.5% of registered voters.