Did Pence Dismiss the Idea of Systemic Racism?

During a debate with Sen. Kamala Harris, the vice president made some conflicting statements about systemic racism in America. 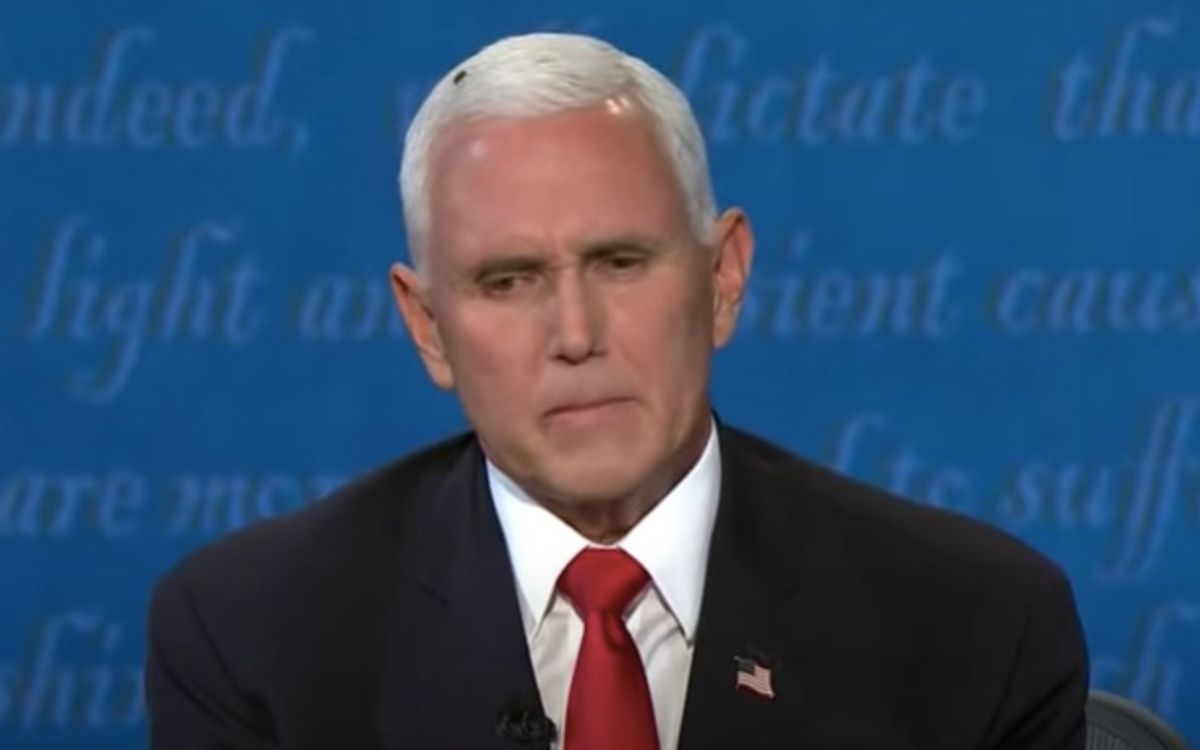 During the vice presidential debate held on Oct. 7, 2020, in Ohio, U.S. Vice President Mike Pence brought up the subject of systemic racism in America while debating Sen. Kamala Harris, D-Calif., the nation's first Black woman and person of Indian descent nominated for a national office by a major political party.

Pence balked at what he called the "presumption" on the part of Harris and Democratic presidential nominee Joe Biden that "America is systemically racist."  The fact that Pence, who is white, refused to acknowledge systemic racism as a real problem wasn't lost on some, who took to social media to express their observation:

The subject came up as Pence sidestepped a question by debate moderator Susan Page, who had asked both Harris and Pence whether justice had been served in the case of Breonna Taylor, a Black Kentucky woman who was shot multiple times and killed by Louisville police. He instead stated that the claim that there is systemic racism in America is an "insult" to law enforcement:

And I must say this, this presumption that you hear consistently from Joe Biden and Kamala Harris, that America is systemically racist. That as Joe Biden said, that he believes that law enforcement has an implicit bias against minorities, is a great insult to the men and women who serve in law enforcement. And I want everyone to know, who puts on the uniform of law enforcement every day, that President Trump and I stand with you.

The statement preceded one by Harris, who said that in her opinion, justice was not served in Taylor's case. None of the officers involved in Taylor's death were indicted for killing the 26-year-old emergency room technician. One officer was charged with reckless endangerment for shooting into a neighbors apartment. Pence has expressed support regarding findings in the grand jury investigation of the Taylor case.

Nevertheless, Pence seemed to contradict himself later when he suggested a pattern of systemic racism existed in the criminal justice system during Harris's tenure as San Francisco District Attorney. Pence stated:

I really need to make this point. When you were DA in San Francisco, when you left office, African Americans were 19 times more likely to be prosecuted for minor drug offenses than whites and Hispanics. When you were Attorney General of California, you increased the disproportionate incarceration of Blacks in California. You did nothing on criminal justice reform in California. You didn't lift a finger to pass the First Step Act on Capitol Hill. The reality is, your record speaks for itself.

Harris responded by stating Pence had mischaracterized her record as a prosecutor, noting that as San Francisco district attorney and California attorney general, her offices had instituted a number of reform measures.

Systemic racism, or institutional racism, a theory that has been studied and discussed in America for decades, can be described, as The Washington Post explains in a story about the life of George Floyd — a Black man who died after a white Minneapolis officer kneeled on his neck, sparking international protests and the racial justice movement that characterized 2020 — as being "born with two strikes."

In that story, journalist Toluse Olorunnipa described how Floyd's life was shaped by the nation's history of slavery and institutional racism, and how those systems of oppression have "calcified within many of America’s institutions, creating sharply disparate outcomes in housing, education, the economy, law enforcement and health care."

The full exchange between Pence and Harris can be seen below:

Goody, Maria and Daniel Wood. "What Do Coronavirus Racial Disparities Look Like State By State?"   NPR. 30 May 2020.

Cerullo, Megan. "Up to 90% of Minority and Women Owners Shut Out of Paycheck Protection Program, Experts Fear."   CBS News. 22 April 2020.