A satirical article reported that Mike Pence was "recaptured" after he tried to escape Trump's campaign bus. 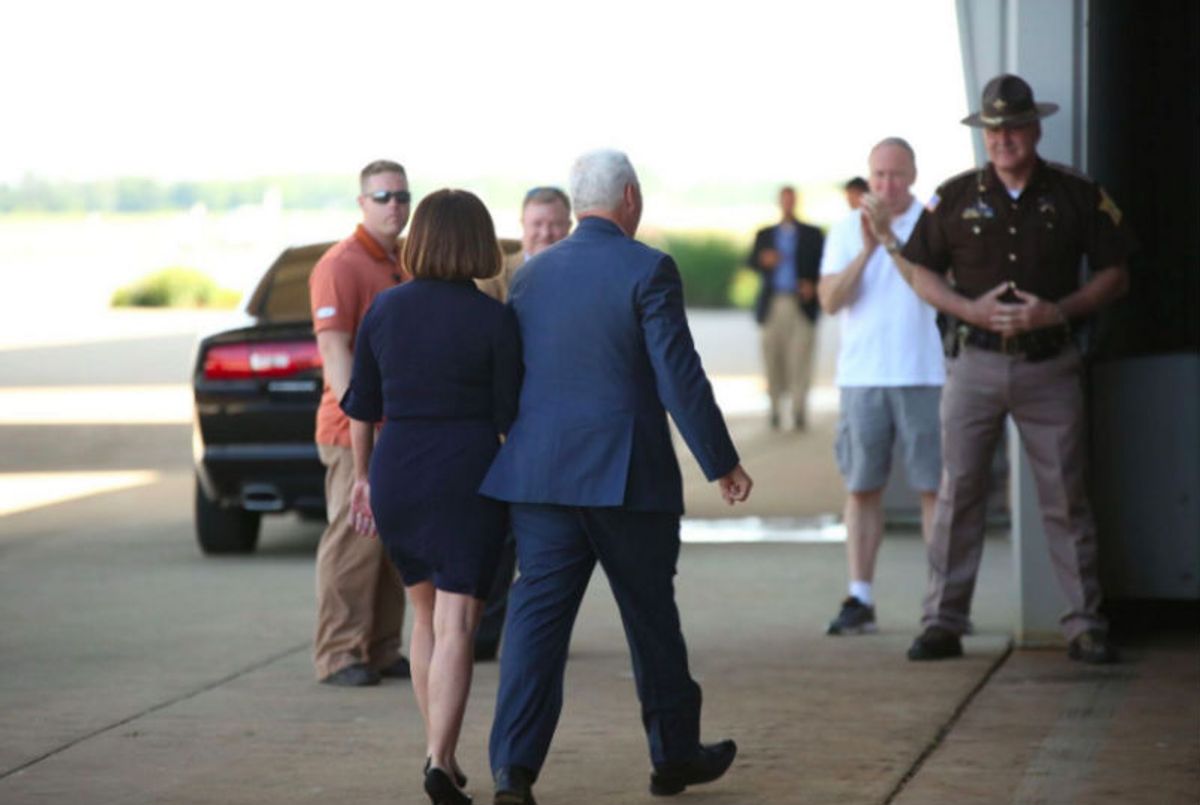 Claim:
Mike Pence was recaptured after he attempted to escape from Donald Trump's campaign bus.
Rating:

On 26 August 2016, satirist Andy Borowitz published an article at The New Yorker reporting that Mike Pence had been "recaptured" after he tried to escape Donald Trump's campaign bus:

Calling it a “scary moment” and a “close call,” Donald Trump’s campaign officials confirmed that they had recaptured Mike Pence after the Indiana governor attempted to flee the campaign bus in the early hours of Friday morning.

According to the campaign, Pence had asked to stop at a McDonald’s in rural Virginia so that he could use the bathroom, but aides grew concerned when the governor failed to reappear after twenty minutes.

The article quoted above is a piece of fiction from Andy Borowitz, a satirist who regularly publishes articles in The New Yorker that spoof current events. Previous articles have humorously suggested that Chris Christie refused to pick up Trump's dry cleaning, that Ben Carson didn't remember running for president, and that Trump blasted the media for accurately reporting everything he said.

While Borowitz' work appears in The New Yorker (a publication that also publishes real news stories) his bio clearly states that he is a satirist: