Did Pelosi Call For Votes To Be Removed From U.S. Troops Overseas? 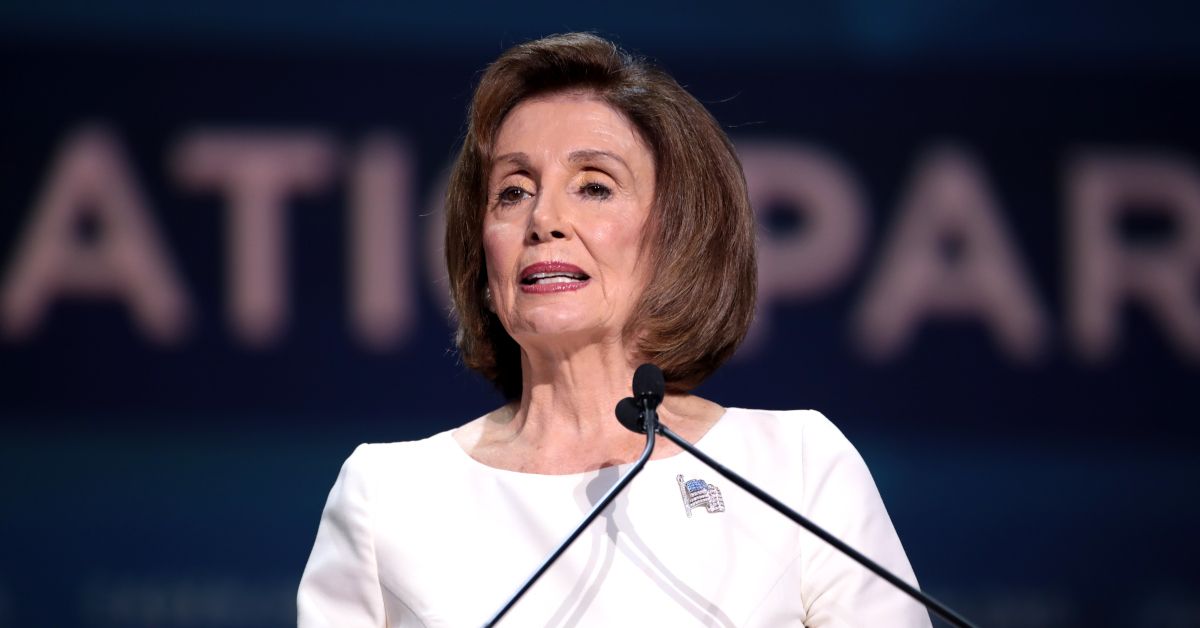 On Aug. 11, 2020, America's Last Line of Defense published an article positing that House Speaker Nancy Pelosi said American troops stationed overseas should no longer be able to cast their votes in U.S. elections because "they don't even live here," and that they had worked abroad for so long, they had "become foreigners."

"Pelosi Wants to Remove Votes From Soldiers Overseas: 'They Don't Even Live Here'"

...Pelosi announced today that she intends to bring forth a new bill that would disqualify members of the military who serve overseas from voting in the coming presidential election...

The announcement was met with snark and outrage from her Republican counterparts who called Pelosi an unAmerican fascist communist totalitarian Russian trader. The Speaker of the House was quick to respond:

"Voting is a privilege for Americans who will be affected by the decisions of the elected. Republicans have pointed this out to us many times. So I’m just playing along. Some of these young men and women have been out of country for years. Why should they get to vote? They don’t even live here.

"We need to strengthen our elections, not weaken them by allowing foreigners to participate. That’s essentially what these soldiers have become- foreigners. They’ve given up on being American by working for so long out of country. American elections are for Americans. There is some point to be made here, but I’ll figure that out later.”

“Americaslastlineofdefense.com is a subsidiary of the ‘America’s Last Line of Defense’ network of parody, satire, and tomfoolery. […] Everything on this website is fiction. […] Any similarities between this site’s pure fantasy and actual people, places, and events are purely coincidental and all images should be considered altered and satirical.”