Did Pelosi Tweet Use Photo of Wrong Athlete in Tribute to Willie Mays? 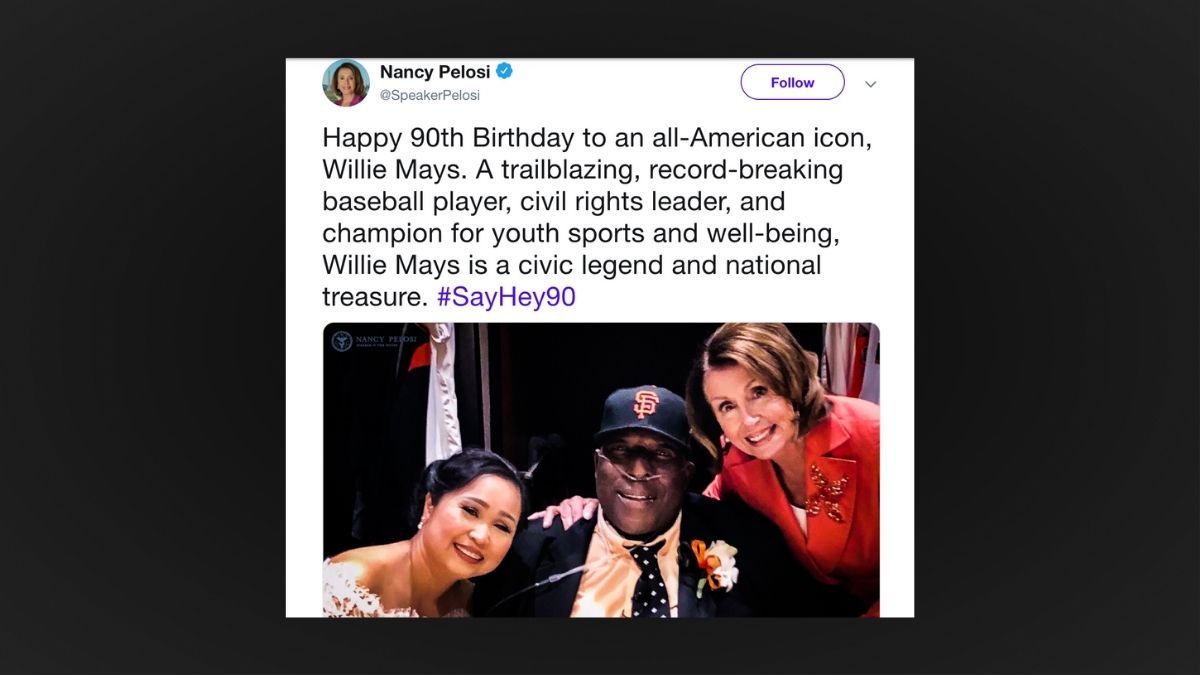 The account posted a 90th birthday tribute to legendary baseball player Willie Mays, but alongside a picture of Pelosi posing with a different baseball player: Willie McCovey. McCovey was a baseball Hall of Famer who died in 2018. The offending tweet was quickly deleted and replaced with a photo of Pelosi with Willie Mays: Pelosi was called out for the faux pas by many on social media, including Sean Spicer, who once served as former U.S. President Donald Trump’s press secretary.

Pelosi's account had originally tweeted the photo with McCovey back in October 2018:

Given that an authentic tweet from Pelosi's account showing the wrong baseball player was saved on archive.org, we rate this claim as “True.”