Did Pelosi Delete a Tweet That Showed Her Promoting Chinatown Tourism?

A snarky tweet about the U.S. House Speaker from the president took aim at her February 2020 visit to San Francisco. 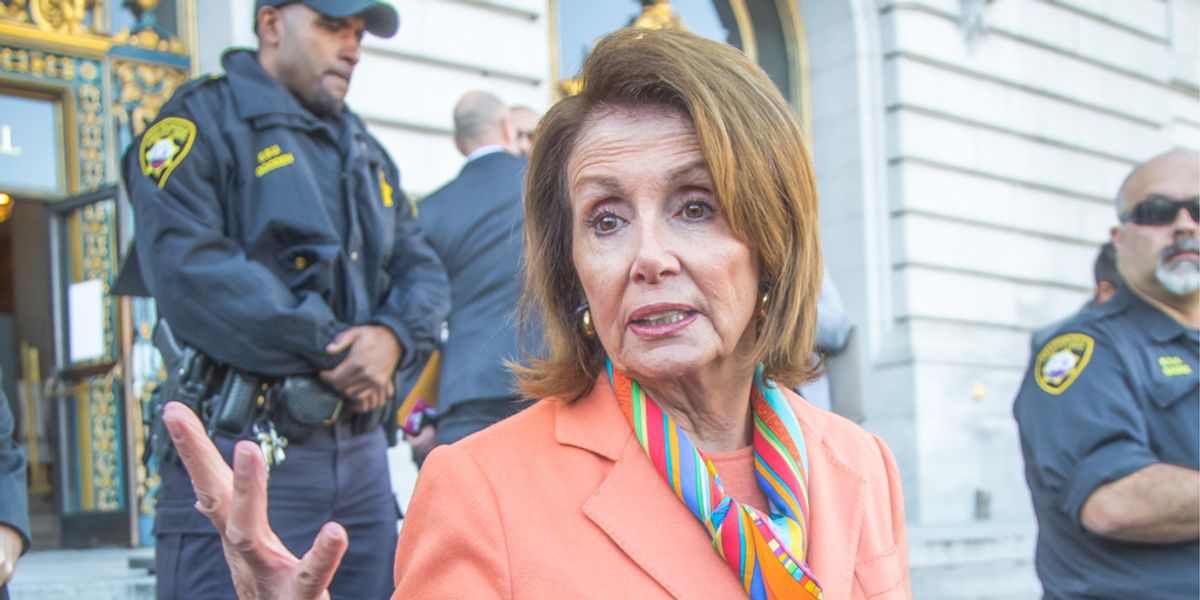 However, Trump's travel restriction did not fully "close [the U.S.] border to China," and archives do not document Pelosi's Twitter account having posted and then deleted a video of her Chinatown event.

On April 16, 2020, U.S. President Donald Trump tweeted a video clip along with the claim that it depicted "crazy" U.S. Rep. Nancy Pelosi encouraging "everyone to pack into Chinatown" weeks after he had restricted air travel to the U.S. from China in order to slow the spread of the COVID-19 coronavirus disease. In that tweet, he also claimed the House Speaker was "responsible for many deaths" and had "deleted [the video] from her Twitter account":

However, a spokesperson for Pelosi responded by noting that the video in question had never been posted to Pelosi's Twitter feed in the first place (and thus couldn't have been "deleted"), and that it was "obviously local TV coverage of the Speaker visiting Chinatown in San Francisco three weeks prior to the shelter-in-place order":

The video does correspond to a visit Pelosi paid to San Francisco's Chinatown on Feb. 24 to deliver the message that no reason existed at the time that "tourists or locals should be staying away from the area because of coronavirus concerns":

Speaker of the House Nancy Pelosi toured San Francisco's Chinatown to send a message. She said there's no reason tourists or locals should be staying away from the area because of coronavirus concerns.

"That’s what we’re trying to do today is to say everything is fine here," Pelosi said. "Come because precautions have been taken. The city is on top of the situation" ...

As Pelosi walked from the Golden Gate Fortune Cookie Factory to lunch at a dim sum restaurant, she hugged friends and waved to onlookers. She downplayed the racism issue, saying she understands people are concerned about China – the epicenter of the novel coronavirus.

"But that shouldn’t be carried over to Chinatown in San Francisco," she said. "I hope that it’s not that. But all I can say is, 'I’m here.' We feel safe and sound, so many of us coming here."

Pelosi's visit occurred three weeks before San Francisco issued a shelter-in-place order, but three weeks after the Trump administration imposed travel restrictions related to China. However, the latter did not "close [the U.S.] border to China," but rather only barred non-U.S. citizens who had traveled to China within the previous two weeks (other than immediate family members of U.S. citizens and permanent residents) from entering the U.S.

However, an archive of Pelosi's Twitter account from a few days after her Chinatown visit does not record video of that event's having been posted there (and subsequently deleted), nor does Pro Publica's Politwoops database document such a tweet's having been deleted from Pelosi's account.