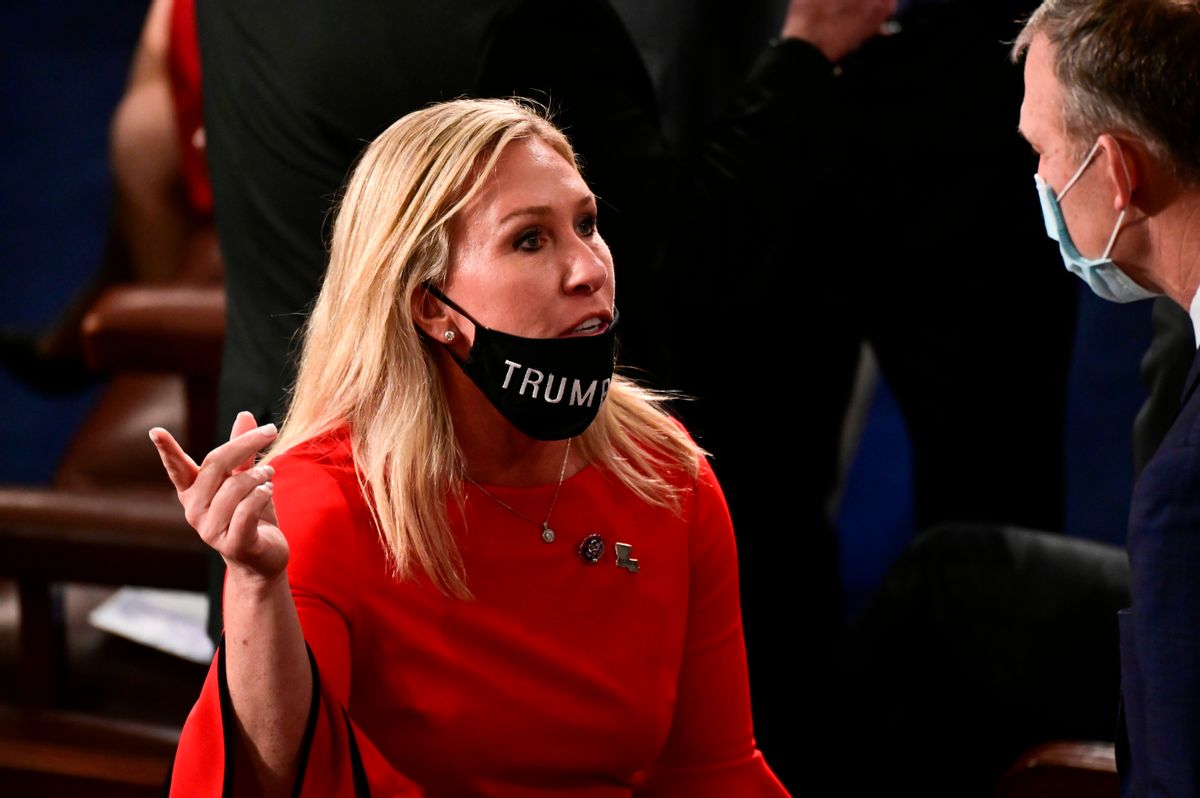 The press release and reference to "Q" is a dig at House Minority Leader Kevin McCarthy, who is a California Republican. The "Q" swipe was in reference to his refusal to discipline U.S. Rep. Marjorie Taylor Greene, R-Ga., for her support of various conspiracy theories, including "QAnon."

Greene ran unopposed in the November 2020 election, and has espoused support not just for QAnon, a dangerous and convoluted set of conspiracy theories that, as we have reported, posits that "Trump is in the middle of a biblical war against a 'deep state,' satanic cabal of baby-eating, child sex-traffickers led by prominent members of the Democratic party, entertainers who espouse liberal opinions, anybody who mentions 'pizza,' and authoritative sources who relay credible information that may cast a negative light" on Trump.

Greene has actively promoted other conspiracy theories, such as ones that claim school shootings are hoaxes intended to take people's guns away. She has also promoted false and racist claims that former U.S. President Barack Obama was "secretly Muslim," and questioned the Sept. 11, 2001, terrorist attacks.

Greene has come to symbolize what has been described as a rift in the Republican Party which came to a head in the aftermath of a deadly attack on the U.S. Capitol on Jan. 6, 2021, in which rioters, incited by a baseless conspiracy theory pushed by then-President Donald Trump and his supporters about mass-scale voter fraud in the November 2020 presidential election, attacked the Capitol. Five people died in the violence.

While some Republican legislators have condemned Greene for her incendiary rhetoric and conspiracy theories, others have stood by her. Pelosi's news release criticized McCarthy for refusing to strip Greene of committee assignments, and announced that House Democrats would force a vote on removing Greene from committees, thus strong-arming Republicans to go on the record about whether or not they support for her.